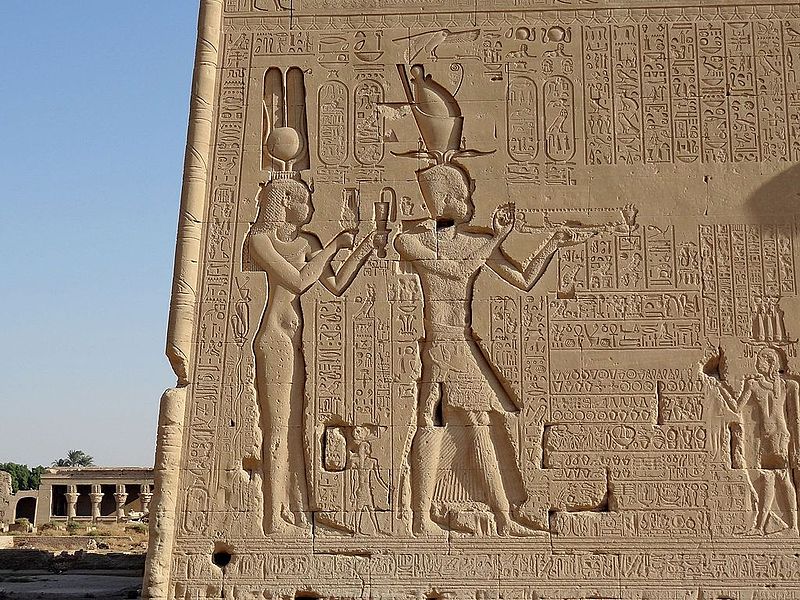 Pharaoh Caesarion was the last ruler of Egypt although he never wielded any power in his hands. Although he was overshadowed by his mother Cleopatra, his short life was filled with curious moments and many turning points.

Caesarion is not a name you normally hear during a conversation about ancient Egyptian history. Shaded by the fame of his mother and father, the name of the last Pharaoh of ancient Egypt is often overlooked despite his curious persona.

1. His parents were Cleopatra and Julius Caesar

Hearing these two names, it becomes clear why Caesarion is not so commonly mentioned. It truly takes a gift to become more famous than these two ancient rulers.

While the debates over the true paternity of Caesarion have continued for over 2000 years and no one knows for certain, Cleopatra believed that Julius Caesar was the true father. Moreover, many ancient sources claim that Pharaoh Caesarion was the only true son of Caesar.

2. Julius Caesar accepted him as his son

Historical sources and modern opinions once again suggest various versions of the story but we believe that Caesar acknowledged Cleopatra’s son as his own. Why else would Pharaoh Caesarion adopt the Caesar title after all?

3. Cleopatra allegedly gave Caesarion the throne by killing her brother

One thing is for certain – Cleopatra did not play fair. She was incredibly ambitious even as a child as she had to fight for the throne with three siblings. Therefore, historians believe that she killed her last remaining brother, Ptolemy XIV Theos Philopator II, and took the throne with Caesarion under her tutelage.

Less than a year after Caesarion was born, Cleopatra was forced to escape to Rome. They spent more than two years there as guests in Caesar’s villa until he was assassinated in 44 BC.

5. Pharaoh Caesarion was declared co-ruler of Egypt when he was only three years old

Cleopatra and her son returned to Egypt after the death of Julius Caesar. Although she took the throne as the first ruler, she took her son as a co-ruler when he was only three years old.

6. Julius Caesar’s supporters claimed that Caesarion was his true heir

Caesar’s assassination led to serious political affairs in Rome between his supporters and friends, and Octavian’s supporters. However, the tides turned in favor of Octavian as he was already named principal heir by Julius Caesar in 45 BC.

When he and his mother traveled to Alexandria in 34 BC, they were announced as King of Kings and Queen of Queens. It is uncertain why they adopted these titles but based on ancient sources, these titles were adopted after a grand coronation in Egypt’s capital.

8. Cleopatra sent him to escape from Egypt when Octavian invaded

Fearing for the life of her son, Cleopatra sent him to Dodekaschoinos where he was supposed to find a ship and sail to the Arab world where he would live safely. His plans changed, however, after the death of Mark Antony and Cleopatra’s suicide.

9. Octavian invited him to return to Egypt as a client-king to Rome and he accepted

Historical accounts suggest that Pharaoh Caesarion’s tutor named Rhodon advised him to accept the offer and return to Egypt. It is unknown whether he was corrupt and knew about Octavian’s true plans or he believed in the genuineness of the proposal.

10. Pharaoh Caesarion was slain on his way back to the Egyptian capital

Various sources claim that Caesarion did actually rule for a short period but the most credible version suggests that Octavian sent soldiers to slay him during his voyage. This decision ensured that he would have no rival for the throne either in Egypt or Rome.