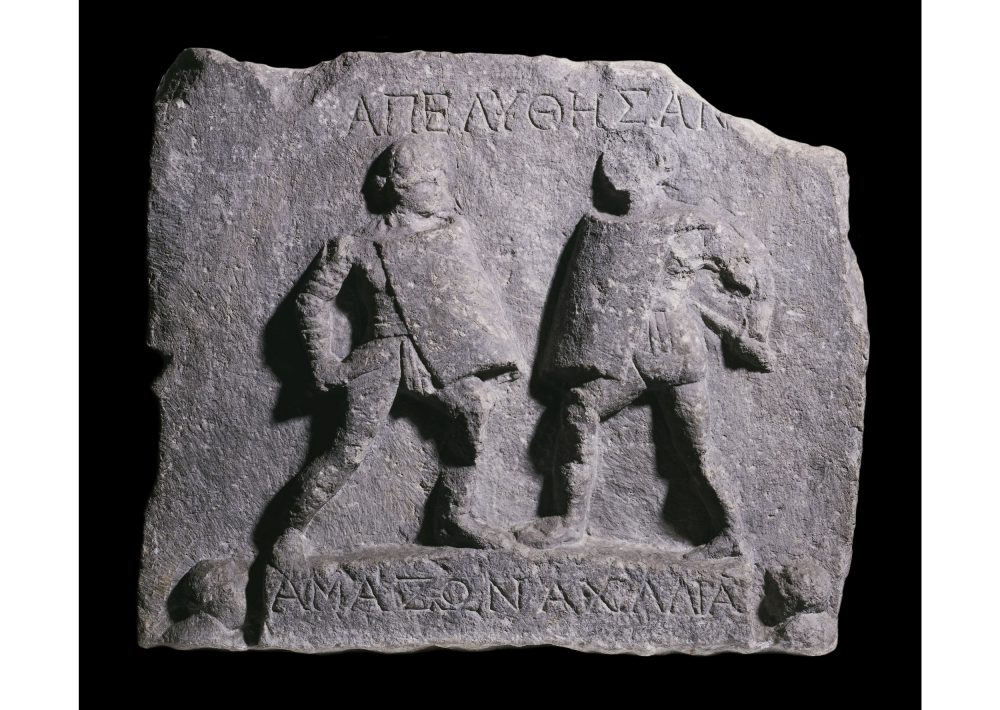 Scholars had no physical evidence to support the ancient records claiming the existence of female gladiators until a curious grave was discovered in London. It is a fact that gladiatrices existed and played their part in the famous gladiator games in Ancient Rome.

Knowing that women had limited rights in Ancient Rome, especially when it came to warfare and combat, it may surprise you that female gladiators truly existed. According to the ancient historians, gladiatrices (as we refer to them today) were a rare occurrence but there were those that actively participated in gladiator games.

1. Most female gladiators were free women that chose life in the arena

One of the most common misconceptions about gladiators in general is the one that most, if not all gladiators were slaves. This statement is incorrect for both male and female gladiators.

It is unconfirmed but judging by the historical accounts we have access to today, most gladiatrices were free women who chose this way of life.

2. Female participation in gladiator games was forbidden in 200 AD

Combining all historical accounts, it seems like female gladiators existed and took part in games for more than two centuries before they were banned by Emperor Septimus Severus in 200 AD. One of his alleged reasons was that female participation decreased the general respect for women in Rome.

3. Gladiatrices were considered rebels by the high society

Think about it – women had few rights and zero freedom in the Roman Empire. This is why it is believed that women embraced the gladiatrix path to gain independence and possibly – fame and wealth. This was a high risk in the eyes of the Roman nobles as a woman that is rich and famous would no longer be dependent on man.

Gladiatrices were not allowed female costumes. They fought in the same way men did – shirtless. As you can guess, this was one of the reasons why the crowd loved female gladiator battles.

Logically, women were not allowed in the male gladiator barracks and had to train in separate train camps. They also had individual trainers set to teach them how to fight like men.

Another uncertainty but it is widely believed that the first female gladiators were used as nothing more than entertainment and were not allowed in real fights. This was because men believed that the idea of female warriors was hilarious and absurd. Therefore, females were put up against animals and dwarves who were instructed to make the fight as hilarious as possible while escaping the gladiatrices.

7. Gladiatrices were considered equal to prostitutes in the Roman society

As you know, successful male gladiators who survived the arena were extremely respected to an extent that the crowd considered them heroes. Female gladiators, on the other hand, were considered equal to prostitutes even if they survived many battles. It is understandable to some extent having that their fighting costumes did not cover most of their bodies.

8. Mariage was forbidden to female gladiators

It seems like most we know about female gladiators is the way society reacted to their existence. Here is another disadvantage that they had to bear with – once they chose the life of a gladiatrix, they had to forget about marriages.

Once again, we come back to how disrespected gladiatrices were in ancient Rome. Yes, people enjoyed their performances and were awed by their power and athleticism, but still, they were considered “untouchable”.

9. An ancient plaque, discovered in Turkey, confirmed the existence of female gladiators

For many years, their existence was only mentioned in historical accounts with no real physical proof to back up the records. However, archaeologists discovered a curious Roman plaque in Turkey that depicted two warriors, believed to be female gladiators. The plaque also carried the names of the two figures – Amazon and Achillia.

Was it not for the inscriptions, scholars would have probably considered the figures to be male.

10. Archaeologist excavated a grave believed to be of a female gladiator

Archaeologists made a striking discovery around the end of the last century near the Roman Amphitheatre in London, England. To this day, scholars believe that the grave belonged to a woman in her mid-20s who was a well-respected gladiatrix.

Although only a small part of her body remained, the items laid in the grave were evident enough to suggest this storyline. Along with the expensive trinkets, there were signs of a funeral feast that would suggest the burial of a respected woman.