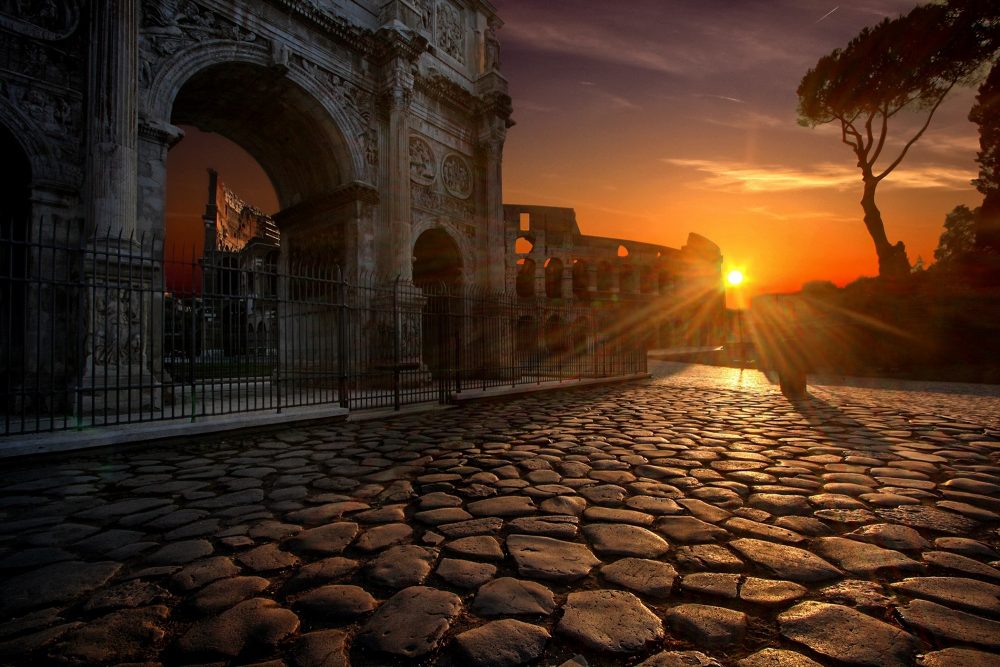 Did you know that the Roman Empire built around 55,000 miles of paved roads around the Mediterranean basin and across Europe in no more than 700 years?

When we think about ancient civilizations and cultures, many of us wrongly believe that these ancient societies were far from advanced. This, however, could not be farther from the truth.

We know that ancient cultures in Mesoamerica, such as the Olmec, Maya, and Aztec, among others, were great civilizations that were sophisticated to the point when the Spanish came; they were left amazed but what they had encountered.

One example is when Hernan Cortes set foot into the capital of the Mexica (Aztec) empire of Tenochtitlan. He and his men were left awestruck by the sheer number of temples, buildings, and plazas, as well as by their incredible design and planification. The Pyramids rose high, making Tenochtitlan stand out from the surrounding area.

Cortes was so baffled by what he had seen that he said that Tenochtitlan was like the Venice of the new World.

With great admiration, Cortes described the streets of Tenochtitlan that, according to his words, were half made of land and half water, so they had to be traveled in canoes. But long before the Spanish, and during the times of ancient Rome, society was already doing, building and creating things that may seem alien to us today.

In this article, I bring you four interesting things we think are unique to “modern” society but already existed in the time of the Roman Empire.

(1) The Romans were admirers of gladiators and chariot drivers in their well-known tracks. In fact this is where the phrase “Bread and Circus” (also Bread and games, from the Latin panem et circenses) was born. The phrase was used commonly in cultural, particularly political, contexts.

It is attributed to Roman poet Juvenal, who lived around the 100th century AD. The first reference to the phrase canbe traced back to Juvenal’s Satire X: “. Already long ago, from when we sold our vote to no man, the People have abdicated our duties; for the People who once upon a time handed out military command, high civil office, legions — everything, now restrains itself and anxiously hopes for just two things: bread and circuses”

Who doesnt’ love a burger now and then? According to partners for your health, the average American spends around $1,200 annually on fast food. Collectively, as much as $50 billion are spent in the United States alone. With that amount of money, we could stop WORLD HUNGER for a total period of three years.

But fast food is not something that appeared in modern society. In fact, this too can be traced back to the Roman Empire.

(2) A discovery in Pompeii has revealed that the Romans were greatly influenced by what we today call fast foot. Archeologists have discovered how busy citizens would consume their foot on conte counters known as “Thermopolis” where cooks would serve fried or roasted meat as well as stews within in  built-in casks in the counters. Apparently, people lived at a fast pace back then as well, and just as many of us love roast meat today, the ancient Romans preferred it too according to ancientrome.info.

Wherever you go, whatever city you visit, you’ll end up seeing graffiti on the street. While some graffiti is unpleasant for the eye, true graffiti artists today create real wonders of art.

(3) Archeologists have discovered graffiti in Pompeii, a city buried by the eruption the Vesuvious, home to around twenty thousand inhabitants. After being analyzed, about 11 thousand graffiti were discovered that are related to short and direct texts of sales announcements, elections but also messages of love, affection and sex.

(4) Wine. Where I come from, wine is a pretty big deal, but that’s maybe because we are actually in the middle of the Mediterranean, and not far from Italy. Nonetheless, Croatia is home to various sorts of wine that are cosndiered among the best in Europe and the world. In 2018, the wine consumption worldwide was estimated to amount to 244 million hectoliters, according to statista.com. The same trend continued for 2019. But weine is by no means a product of modern society and just as many of us love wine today, people in ancient Rome did so as well. In fact, in ancient Rome, Dionysus was the god of fertility and wine, later considered a patron of the arts.

The ancient Romans were the first to worry about the quality of the wine. Although it is believed that one of the most sophisticated concoctions was that of Mount Falerno – drunk by the emperors Julius Caesar and Caligula – there was something for all tastes. Pompeii was one of the most important wine centers of the time, becoming the main source to supply the city of Rome.

(5) Roads connect the world today. Although we get to travel by sea and air as well, the most used transportation method is related to roads. We drive cars and can go pretty much where we want to with them.

Just as roads are important to us today, they were too in ancient times. In fact, one of the main reasons why Rome was able to “construct” such a vast empire is because of its sophisticated series of roads and highways. According to Ancient History Lists, the Roman Empire built around 55,000 miles of paved roads around the Mediterranean basin and across Europe in no more than 700 years. Altough the Roman roads and highways allowed the empire to grow as it allowed a faster movement of troops, it also allowed commerce and trade to propsoer across the empire.

I must mention, however, that although Romans constructed some of the most durable and sopshistated roads in history, halfway across the world the ancient Inca Emprie was also very capable when constructing roads. The road system build by the ancient Inca is considered the most extensive and advanced transportation system in pre-Columbian South America, believed to be over 40,000 kilometers long. In fact, some experts say that we can directly compare the Inca road system to that of ancient Rome.