Could it be possible that ancient civilizations may have invented simple batteries almost 2000 years before Alessandro Volta? Here is the story of the mysterious ancient Baghdad Batteries, devices with a proven ability to create slight voltage.

You probably know that electricity was used long before the new era, and batteries were invented more than 2,200 years ago in present-day Iraq… Right?

In that case, you probably haven’t heard of the enigmatic ancient Baghdad Batteries. It is because of them that it may turn out that Alessandro Volta was not the first to think of the battery, but simply rediscovered it.

1. The Baghdad Batteries are a simple three-piece mechanism

Outside, these are the most common 13-centimeter yellowish ceramic pots. However, each of them is clogged with asphalt and contains a small copper cylinder. In it, we find an iron rod, starting from the middle of the cylinder and protruding beyond the asphalt plug, without touching the iron and copper. All metal parts seem to be corroded by some kind of acid.

2. They were accidentally discovered in 1936 and have remained a mystery ever since

More than eighty years after their discovery, the Baghdad batteries remain shrouded in mystery. One of a kind, they were found by chance in 1936 in the ancient village of Khuhut Rabu, near today’s Iraqi capital. Two years later, the German archaeologist Wilhelm Koenig studied and described them. He was also the first to come to the surprising conclusion that it was a type of ancient battery.

3. Are we certain that they truly are batteries?

For now, the Baghdad Batteries remain an unsolved mystery but here is what Dr. Marjorie Seneschal, a professor of history and science of technology at Smith College, USA concluded after conducting a series of tests:

“I don’t think anyone can say for sure what they were used for, but it’s possible they were batteries because experiments show they work as such.”

4. Experiments prove that the Baghdad Batteries generate a slight voltage

Indeed, in the experiments made on modern identical models of the Baghdad Batteries produced voltages from below one to almost two volts. All we have to do is fill the small jar with some kind of acidic liquid – such as vinegar or grapefruit juice – and we get a battery that generates a slight voltage.

5. The principal is nearly identical to that in modern batteries

The principle of obtaining current in this way is through the presence of two metals with different electrical potential and electrolyte. The result is the galvanic cell known in chemistry, or something not much different from the batteries we currently use every day.

6. The Baghdad Batteries have been dated to around 200 BC.

The clay pots are part of the collections of the National Museum of Iraq and date back to around 200 BC, This time period refers to the time of the Parthian Empire in the Middle East.

7. One theory suggests that the pots may have been used for acupuncture

It has been suggested that batteries may have been used for ancient medicine. At that time, for example, acupuncture was already developed in China, and the ancient Greeks knew about the analgesic effect of applying electric eels on patients’ legs.

This could also explain the needle-like objects found next to some of the jars. However, the low voltage would not be very effective against real pain, and even then far more effective painkillers were known – such as wine, cannabis, and opium.

It is possible that a series of similar batteries connected in a row will generate a more significant voltage, but no evidence of such a thing has been found during the excavations.

8. According to other scientists, their probable purpose was to silver or gild metals

At the time the batteries were dated, two basic techniques for these processes were known. One is hammering the precious metal, with the aim of obtaining thin strips. The other option involves mixing gold with mercury, the final result being applied directly to the object.

These techniques are effective but are too complex compared to the option of adding a small but dense layer of metal by electrolysis. And applying silver or gold only a tenth of a millimeter thick would be simple and achievable using the voltage generated by Baghdad batteries.

9. A curious third theory suggests that the Baghdad Batteries may have been used as a tool for religious manipulation in temples

Some researchers insist that Baghdad batteries were placed in temples, especially at the base of statues, to attract worshipers.

Imagine the following picture: you enter the holy cloister to pray. You have a question for the deity. You set it and touch the statue.

If the answer is no and the Baghdad battery is on, you will be struck by a weak electric current. Otherwise – if the gods are kind to you and tell you “yes” – you will not feel anything. Either way, you will be pleased with the divine favor and will most likely leave a donation to the temple as most of the worshipers may have done.

10. Unfortunately, several Baghdad Batteries were lost during the wars in Iraq

Unfortunately, traces of some batteries have been lost today after the looting of the Baghdad Museum in 2003 which resulted in the loss of nearly half of the artifacts in the museum. As in any war, such priceless finds get destroyed or stolen for private collectors. 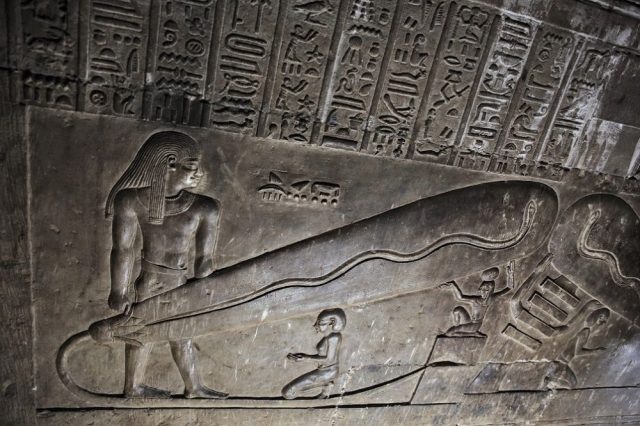