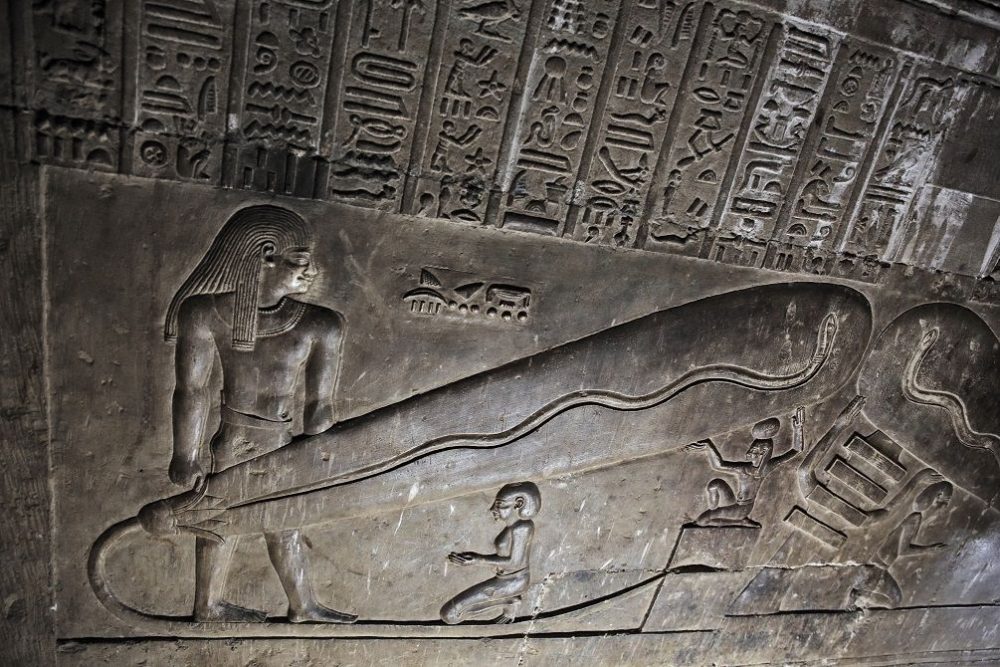 Archaeologists often find mysterious objects that do not fit into our understanding of ancient cultures. A good example is the variety of enigmatic artifacts that suggest much more advanced ancient technologies, such as electricity.

By a strange coincidence, archaeologists have discovered a variety of objects whose existence is inexplicable and does not fit into the written history.

And yet, they exist. Judging by these artifacts, the ancient Greeks knew how to create analogs of a computer (the Antikythera Mechanism), others used galvanic cells, and the Egyptians used incandescent lamps.

What are these artifacts? Cunning forgeries or the history of technological development needs to be rewritten again?

Some of the most important discoveries that suggest the use of a type of electricity in ancient times are the Baghdad batteries. In 1936, during excavations near Baghdad, Austrian archaeologist Wilhelm Konig discovered ceramic pots made more than two thousand years ago.

In these jugs, about 15 centimeters high, he found copper cylinders with a diameter of about 2.6 centimeters, and in these cylinders an iron rod. All these components were coated with an unknown mixture that held them together.

In his book “In the Lost Paradise”, Wilhelm Koenig described the find in detail:

“The upper end of the rod protruded about an inch above the cylinder and was covered with a thin, light yellow, completely oxidized layer of lead-like metal. The lower end of the iron rod did not reach the bottom of the cylinder, which had a layer of asphalt about three millimeters. “

But what were the Baghdad Batteries made for? We must not forget that 3-2 century BC was one of the most fruitful periods in the development of technology and science according to historians.

A few years later, Konig published an unexpected hypothesis. The pot may have served as a galvanic cell. In other words – a battery.

Later experiments confirm this. Scientists created an exact replica of a Baghdad battery, filled it with 5% vinegar, turned on a voltmeter, and realized that a voltage of 0.5 volts was created between the iron and copper.

Just as aliens are present in the artwork of the ancient Egyptians, so there are reliefs that suggest the use of electricity in ancient times.

“There was electric lighting in ancient Egypt.”

The main argument is a relief from the temple of the goddess Hathor in Dendera, created around 50 BC., in the time of Cleopatra. This relief shows an Egyptian priest holding an elongated object resembling the bulb of an electric lamp. A snake twists inside the flask with its head facing the sky. This relief is nowadays known as the Dendera Light.

For Krassa and Habeck, everything is clear. According to them, this relief is a technical drawing… The strange object is a lamp, and the snake allegorically represents the thread. With the help of such lamps, the Egyptians illuminated the dark corridors and rooms. A lovely theory but highly unlikely based on our current knowledge of ancient Egyptians and cultures, in general.

Egyptologists, on the other hand, interpret the reliefs quite differently. They believe that relief is full of symbolism and does not suggest the use of electricity in ancient times.

Reality and its image do not coincide. The elements of the Egyptian hieroglyphs are rather words and phrases that must be understood.

According to experts, the relief in Dendera depicts the celestial barge of the sun god – Ra. According to Egyptian beliefs, the sun dies every night and rises at dawn. Here, it is symbolized by a serpent, which, as was believed in the land of the pharaohs, is reborn every time it takes off its skin.

What can we make of these discoveries, theories, and possibilities?

Assuming that the reliefs depict a similar device to the Baghdad batteries and ancient civilizations used similar lighting methods, we must mention that their capacity is extremely small. After all, experiments with the Baghdad batteries produced no more than 0.5 volts, which is not enough to illuminate anything.

Even if in ancient times the rooms were lit with half or one-watt bulbs, the power would be like a flash of light, not a consistent ray of light.

The minimum number of such batteries would be 40 if any positive effect is sought. And such a design would be terribly heavy and inconvenient. However, it would actually confirm the thesis that there was, in fact, electricity in ancient times.

Even today, there are no such giant incandescent lamps as depicted in this relief. At least, it would be dangerous to everyone around it. The breaking power of the lamp under the influence of atmospheric pressure increases with the larger volume.

Although the Baghdad batteries were presumably used for similar purposes, it is highly unlikely that they were common or available in large quantities.

On the other hand, we should not underestimate our ancient ancestors. Who knows how many innumerable technologies and advances in science have disappeared over the centuries.

Perhaps entire fields of science have been lost that have led to this incredible progress of ancient civilizations that we cannot explain to this day. Perhaps electricity existed in ancient times and it was either purposely hidden from us, or was simply lost in time.