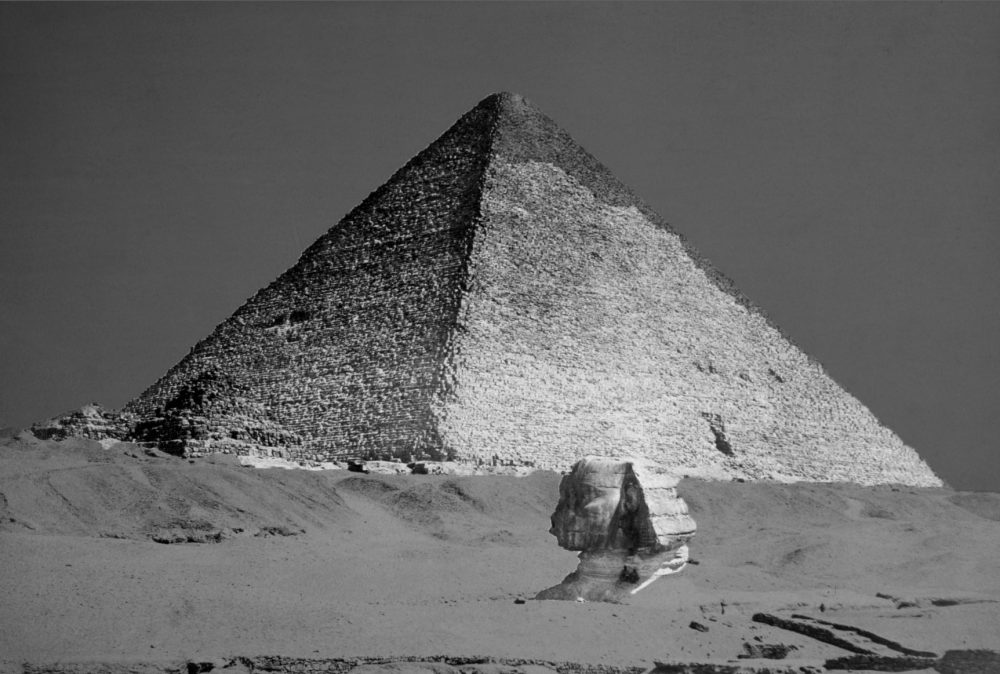 In 2017, scientists discovered a previously unseen chamber inside the Great Pyramid, to this date, the Egyptian Ministry of Antiquities says it's unimportant and further studies are on hold.

The Great Pyramid of Giza is, without a reason of a doubt, one of the most studied ancient monuments on the surface of the planet.

Thought to have been built around 4,500 years ago, Egyptologists attribute its construction to the Fourth Dynasty ruler Khufu and his royal vizier Hemiunu. Estimates suggest the pyramid was built in no more than twenty years, during which the builders constructed a pyramid of 2.3 million blocks of stone; they used 5.5 million tons of limestone, 8,000 tons of granite (imported from Aswan), and 500,000 tons of mortar. This resulted in a monument with an estimated weight of 6 million tons.

The Great Pyramid is a true marvel of ancient engineering. Its interior is as amazing as its exterior. It remained the tallest monument on the surface of the planet for a period of 3,800 years after its completion, and it has captivated researchers, tourists, and explorers for millennia.

The most puzzling feature is how the builders managed to raise massive stones to such great a height. Since there are no written records of the time the pyramid was built, it isn’t easy to understand how everything was made possible.

There are no blueprints or sketches that have been discovered to date that explain anything related to its construction. This means that much of what we know about the pyramid has come from archeological guesswork and measurements. We can’t know for sure, but we can make an educated guess.

All of this seemed to be changing some five years ago when a project called ScanPyramids promised to revolutionize our understanding of the pyramids of Egypt.

It is usually agreed that there are three chambers inside the Great Pyramid. Their purpose is shrouded in mystery, although Egyptologists believe these may have been intended to serve as the burial of the Pharaoh. The lowermost chamber was cut into the bedrock upon which the pyramid was built. This chamber was never finished.

Above the ground level are two main chambers, the Queen’s Chamber and the King’s chamber, and there’s also the so-called Grand Gallery. The chambers and the grand gallery were the only rooms inside the pyramid that were discovered until 2017, and experts thought there was nothing more to be found.

However, ScanPyramids in 2017 made a revolutionary discovery; another, previously-unknown chamber inside the Great Pyramid. Located just above the Grand Gallery is a cavity that had never before been recorded by experts. The discovery was made using muon radiography.

The chamber—which measures at least 30 meters and has a cross-section similar to that of the Garand Gallery—stumped experts; it had proven that the pyramid still has secrets waiting to be revealed, and that we didn’t know everything there was about the pyramid.

The discovery was revolutionary and could forever change our understanding of the pyramid. We know the mystery chamber is most definitely there as it has already been confirmed by independent detection with three different methods: nuclear emulsion films, scintillator hodoscopes, and gas detectors. However, despite knowing it exists, we have absolutely no idea what its purpose was, nor do we know what—if anything—is inside it.

Its importance is played down by former Minister of State for Antiquities Affairs Zahi Hawass, who argues, with little to no evidence at all, that it must have be a gap that was the product of the construction of the Grand Gallery. The “Big Void,” as the chamber has been dubbed by its discoverers, is the most amazing discovery made in recent decades inside the Great Pyramid, and Hawass believes its importance is not noteworthy.

Nonetheless, the Japanese team of scientists who made the discovery disputes Hawass’s explanation for the Big Void and argue that it is entirely different from the construction spaces within the pyramid that have been detected in previous studies. Depending on how COVID-19 develops, scientists from ScanPyramids are looking to verify the chamber with a newly-developed muon detector in 2020.

But there is so much we can learn from “scanning” the big void. If we are to understand what its purpose is and what—if anything—is inside it, we need to take a peek into the chamber. To reveal its purpose, scientists would need to—somehow—look inside but the ministry doesn’t seem too pleased with the idea.

Taking a peek at what’s inside involves “damaging” the pyramid’s interior. Still, the damage could be minimal if scientists are allowed to drill in a miniature hole into the wall and insert a fiber-optic digicam. This would be the best and least damaging method by which scientists could finally see what’s hidden inside the Big Void.

Scientists further believe that digging a miniature hole that would serve as the entry for the digicam would inflict unnoticeable damage to the wall, which has already been extensively restored in the past.