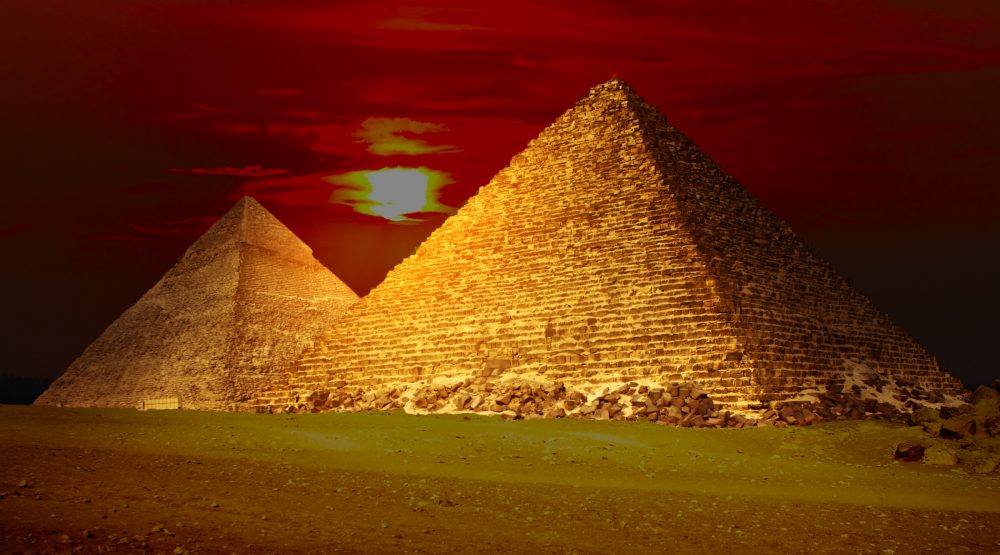 How do we know how old the pyramids are? The truth is that most of what we "think we know" is based on assumptions, circumstantial information, and archaeological guesswork.

How do we know how old some of the pyramids on Earth are? It’s a tough question to ask.

Although Egypt is perhaps the country whose pyramids are most famous on Earth, the African country isn’t home to the oldest pyramids, nor the largest on Earth.

It is believed that the oldest pyramids are located halfway across the world on the American Continent.

In Brazil, researchers uncovered more than 2 decades ago what many argue are the oldest pyramids on Earth, dating back around 5,000 years.

In comparison, it is maintained by mainstream Egyptologists that the Egyptian pyramids are no more than 4,700 years old.

Specifically, scholars say that the Step Pyramid of Djoser, believed to have been commissioned by the founding ruler of the Third Dynasty, was the first pyramid built in Egypt.

But how exactly do we know that? It’s a tricky thing dating the pyramids, and it is something mainstream scholars are unwilling to acknowledge.

If we were to follow the mainstream point of view of the age of the pyramids, then we would have to acknowledge that the oldest pyramid is that of Djoser and that it was built around 2,780 BC. Considered the first free-standing monument built of stone, the architect of the megastructure decided to use mostly stone to complete the ancient wonder.

Modern knowledge of Djoser’s Step Pyramid can be traced back to the early nineteenth century. Nonetheless, it is known that travelers, explorers, and writers visited Saqqara in ancient times, leaving behind several accounts and sketches. None of them, however, offer insight into the interior of the Step Pyramid.

In fact, it is believed that the earliest excavations of the Step pyramid are those of Prussian Consul-General von Minutoli in 1821. He managed to access the subterranean galleries beneath the pyramid making several discoveries, of which the blue-tiled chambers are considered the most prominent.

Von Minutoli discovered inside the pyramid parts of a mummy and vague descriptions referring to the name Djoser. The mummy is generally attributed to the third dynasty and is based on the wrapping and preservation of the same. It is linked to the Old Kingdom, leading many experts to believe it is part of Djoser’s Mummy, which is curiously missing.

A timeline of Pyramid building

You see, in Egypt, the pyramid as a superstructure seemed to have appeared abruptly, and its alleged initial shape—the step pyramid—did not last long.

Mainstream history tells us that after Djoser, a few pharaohs tried constructing a pyramid as the step pyramid at Saqqara but failed. So it wasn’t until the Fourth Dynasty that another pyramid was built when pharaoh Sneferu came to the throne.

King Sneferu is credited with building three pyramids and successfully building the first true sided-pyramid of Egypt. Doing so laid down the foundations for the construction of the Great Pyramid of Giza.

Many people want to believe that the pyramid of Egypt predates the ancient Egyptian civilization or that the structures were built with the help of beings, not from Earth or even long-lost civilizations. The evidence gathered throughout the decades by archeologists is no more than circumstantial, and Egyptologists themselves have come to accept that virtually all information in archeology is circumstantial.

For a reason we are unsure, there are no ancient texts whatsoever that speak of the construction of the first pyramid. There are no blueprints, nor are there any details on how the ancient Egyptians built the pyramid or their exact purpose.

The truth is, there’s no one easy way that we know what the date of the pyramids happens to be. It’s mostly by context. In other words, most of what we know about ancient civilizations, particularly those that may have existed before the ancient Egyptians, is no more than scientific guesswork.

However, there must be a way to find how old the pyramids are at least approximately.

Scholars say that there are ways. For example, many of the ancient Egyptian pyramids are surrounded by ancient cemeteries or mastaba-like tombs. Inside these tombs are the mummified remains of people. As experts open, study and analyze the tombs, the find from time to time organic materials like reed fragments, wood, or even wooden coffins. Many of these tombs have yielded the bones of people who were buried inside them.

Such things can be submitted to radiocarbon dating, but that does not tell us much about the pyramids. It just tells us about the people that were buried besides these magnificent structures.

On the other hand, the pyramids are primarily dated by their position in the development of Egyptian architecture.

Since there are no written documents mentioning the construction of the pyramids, their purpose, or their meaning, it is nearly impossible for us to know who built them, what they were exactly built for, and how old they are.

How do we date the Pyramids?

So, what do scholars use as a starting point for dating the pyramids? The pottery, they say, is one example. As noted by renowned Egyptologist Mike Lehner, the pottery fragments at Giza looks very much like the pottery of the time of Khufu, Khafre, and Menkaure.

“We study the pottery and how it changes over the broad sweep, some 3,000 years. So there are people who are experts in all these different periods of pottery or Egyptian ceramics,” explained Lehner in an article dealing with the age of the Egyptian pyramids.

He further explains that if you were, for example, digging around the base of the Empire State Building, assuming it was an ancient ruin. All that surrounds it is desert and dirt, and you were to find ceramics typical of the Elizabethan era or the Colonial Period, you’d trace the building to that era.

However, if you were to find plastic and Styrofoam cups, you’d place the building as being constructed by the culture of the 20th century. Lehner explains that as a scientist, you’d then compare the style and architecture of the Empire State Building (hypothetically in ruins) to other structures like the Chrysler Building, and the Citicorp Building, to see whether nor not similar architectural characteristics are present.

You’d then probably have enough evidence to lace the Empire State Building and the area where it was built in the modern 19th and 29th centuries, and you would know that the buildings do not date to the 14th or 15th centuries.

In my view, this logic is flawed, and we can’t possibly rely on that type of reasoning to date a certain building to a particular period of time.

Take, for example, the magnificent Step Pyramid of Djoser and its massive subterranean underworld. Beneath the pyramid are hundreds of rooms, chambers, and magazines built at least some 4,700 years ago.

You’d assume that the items inside these chambers would date back to that very same period of history.

But to the surprise of experts, when archeologists broke into the chambers, they discovered items that were traced back to a period of time generations before Djoser.

If we were to use the logic set forth by Lehner or other Egyptologists, we’d be given reason to believe that the Step Pyramid of Djoser was not built by him but predates Djoser by several generations. We could also assume then that Djoser took possession of the pyramid and redesigned it to fit his needs.

With the above reasoning, we could then also go on and assume that the pyramid of Djoser is much younger than what scientists currently believe.

Radiocarbon dating has been performed at Giza in the past. For example, researchers have analyzed the boat pits next to the pyramids discovering that the remains of the so-called solar ships date back to around 2,600 BC. Since the boats are located next to the pyramids, Egyptologists assume the boats belong to the King who built the Pyramids. Furthermore, since the boat dates back to 2,600, Egyptologists assume so do the pyramids, and the man who commissioned them was Khufu.

You can not radiocarbon date rock. Nonetheless, several decades ago, reachers managed to radiocarbon date the pyramids thanks to organic material embedded within the spaces between the massive stones.

In 1984, analysis shows that the pyramids were much older than what was initially accepted, with tests giving dates of 10,500 BC. Obviously, this did not fit the timeline we all are accustomed to, so we kept digging.

Not long after more studies were performed, although experts did not obtain a date around 10,500 BC, the pyramids became several hundred years older than what Cambridge Ancient History (the Cambridge Ancient History is a reference) tells us. In fact, the pyramids were dated around 374 years older than what we usually agree they are.

This, however, isn’t evidence that the pyramids are younger or older than our historical timeline tells us. It is no more than evidence that we can’t possibly try and date the ancient Egyptian pyramids without enough material.

At the end of the day, all we have is circumstantial and based on scientific guesswork.