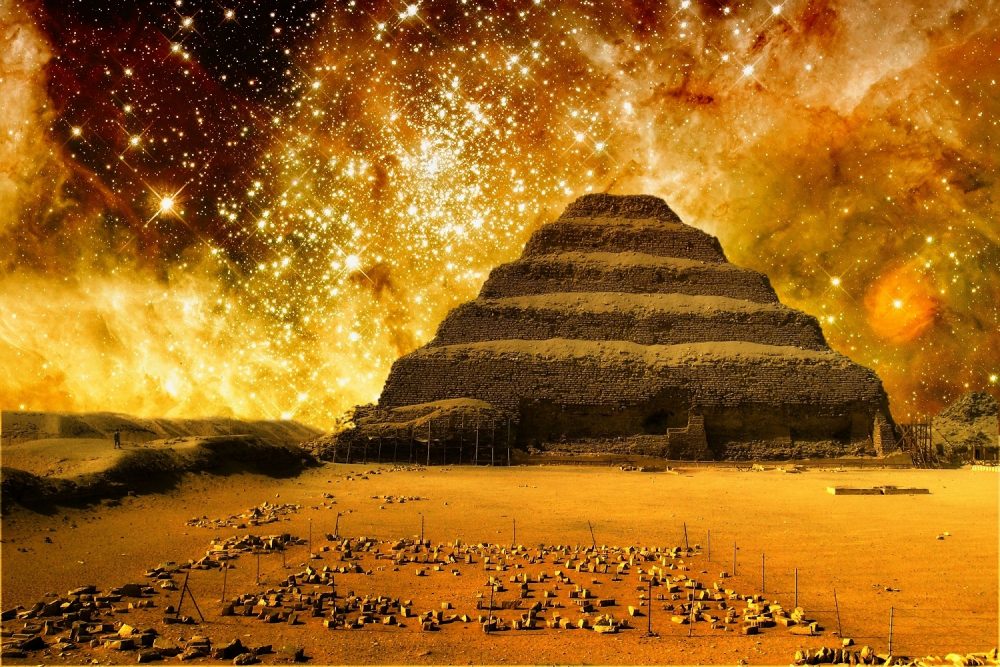 There’s a massive trench surrounding the oldest step pyramid in Egypt, the Pyramid of Djoser, and an expert has now claimed it may have severed as a kind of 3D model of the Pharaoh’s journey to the afterlife.

According to an Egyptologist from the University of Warsaw, Poland, excavations at the Pyramid of Djoser–built between 2667 and 2648 B.C., during the rule of Pharaoh Djoser have revealed new clues on the ancient Egyptian afterlife and its interpretations.

Kamil O. Kuraszkiewicz believes what he and his team have found is a kind of 3D model of the Pharaoh’s journey to the afterlife.

As explained by ‘Science in Poland,’ a website curated by the Polish Ministry of Science and Higher Education, archeologists have discovered several carved tombs that are believed to be hundreds of years younger than the connecting tunnels and the pyramid of Djoser.

At the end of one of the many horizontal corridors, experts found a room they believe dates back to when the pyramid was first built, around 2648 B.C.

Inside this room, the archeologists recovered a ritual harpoon with depictions of snakes carved onto it.

According to scholars, the ancient Egyptians believed that to get to the afterlife, the deceased must first travel through the tomb, making their way to the underworld, where the god Osiris would await to pass judgment.

When the declared ‘woke’ after death, they would make their way across a massive corridor lined with depictions, illustrations, and hieroglyphics, guiding them to the afterlife.

But the journey to the afterlife was not an easy one.

It was believed in ancient times that each journey to the afterlife was different for each person. Furthermore, this journey was considered dangerous and complex, and the deceased had to overcome various difficult obstacles and overcome dangerous creatures before making it to the afterlife.

That’s why Kuraszkiewicz argues the item he and his team found in the chamber dating back to the construction of the pyramid served as a weapon for the afterlife:

“This weapon could be either one of the threats awaiting the king or a weapon prepared for the ruler to be used against them,” Kuraszkiewicz told PAP.

Therefore, the Polish Egyptologist argues, the corridors could be a 3D model of the afterlife, and if that is the case, there should be a lot more corridors at the site waiting to be found.

The Trench spoken of by Kuraszkiewicz was found in the early 20th century and is known as the Dry Moat.

Stretching nearly2,500 feet by 2,000 feet, the ‘Dry Moat’ was previously believed to have served as a stone quarry for the limestone used in the Pyramid construction.

Other experts have argued that it wasn’t a quarry but a sacred boundary for the pharaoh’s royal tomb.

But Kuraszkiewicz argues it is far more critical than that, and it was most likely a three-dimensional depiction of the afterlife.

“The ‘Dry Moat’ could have been a model of the way that the dead king had to travel to achieve eternal life, a road with obstacles such as walls with high crossings, guarded by dangerous creatures. The niches could be designed for them” – Kuraszkiewicz points out.