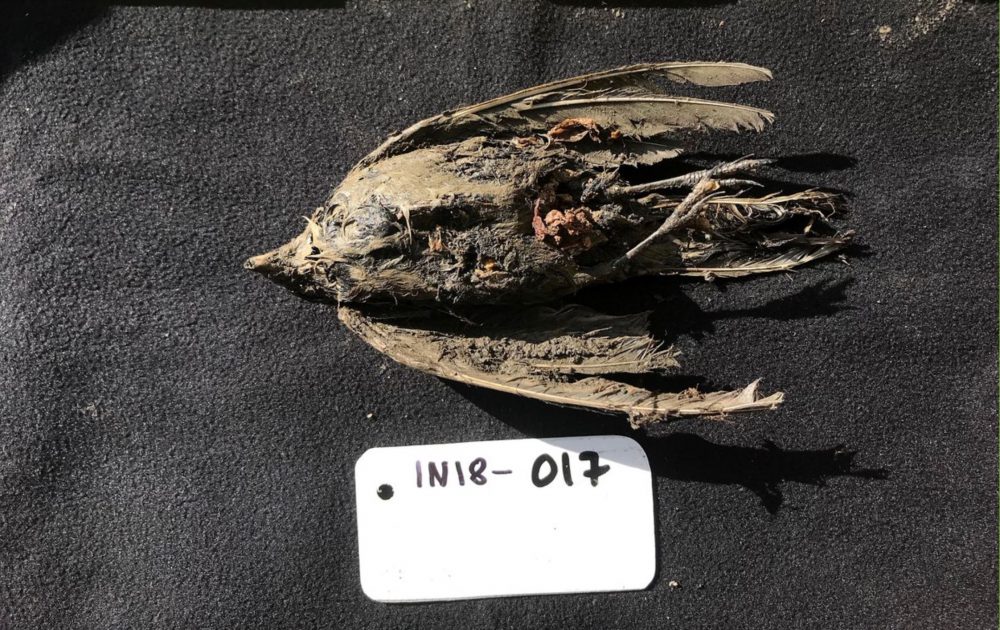 Another fascinating discovery in Siberia.

In 2018, researchers in Siberia came across a frozen bird hidden among the permafrost.

Analysis of the bird’s remains revealed it had remained there much longer than experts had expected. The investigation showed the bird was around 46,000 years old and was preserved thanks to Siberia’s permafrost.

DNA analysis of the bird revealed it is an ancestor of two different lark subspecies — one in Mongolia and one in Siberia.

It provides unique insight into the ecosystem this lark lived in during the last Ice Age.

Scientists from the University of Stockholm and the Swedish Museum of Natural history studied the frozen bird and determined it was a horned lark that roamed our planet’s sky between 44,000 and 49,000 years ago.

“Not only can we identify the bird as a horned lark. The genetic analysis also suggests that the bird belonged to a population that was a joint ancestor of two subspecies of horned lark living today, one in Siberia, and one in the steppe in Mongolia.

This helps us understand how the diversity of subspecies evolves,” revealed Nicolas Dussex, a researcher at the Department of Zoology at Stockholm University.

The study of the frozen bird revealed its distinct charcoal-colored feathers, typical of the horned lark. Despite their age, the feathers are in excellent condition.

Such well-preserved animals “allow for studies of morphological traits, as well as the ecology and evolution of a range of extinct and extant animal species,” the researchers revealed.

Experts also explained that the fact that such a miniature and fragile specimen was found nearly intact suggests that mud and dirt were most likely deposited gradually, or that the ground where it once lived was relatively stable.

The discovery of the bird, as well as its age, comes as a big surprise to experts. They say that although frozen remains of large mammals have been discovered many times, the remains of a frozen bird dating back from the late Pleistocene permafrost deposits have never before been found.

The next step for experts is to map the ancient bird’s genome in order to better understand how the species compares to modern subspecies of horned lares.

Speaking to CNN, Love Dalén from the Swedish Museum of Natural History explained that “this finding implies that the climatic changes that took place at the end of the last Ice Age led to the formation of new subspecies.”

A study detailing the discovery has been published in the Journal Communications Biology.

Scientists working in Siberia have also found the preserved remains of other animals such as ancient wolves, woolly mammoths as well as wooly rhinos among other species.

Such discoveries are described by scientists as “priceless treasures,” that allow them to recover DNA and even RNA samples.

Scientists at the Centre for Palaeogenetics have access to abundant samples from similar discoveries from the same site in Siberia. Among the more fascinating is an 18 000-year-old puppy named “Dogor” which is currently being studied in order to determine if it is a wolf or a dog.

Other findings include a 50 000-year-old cave lion cub “Spartak.”