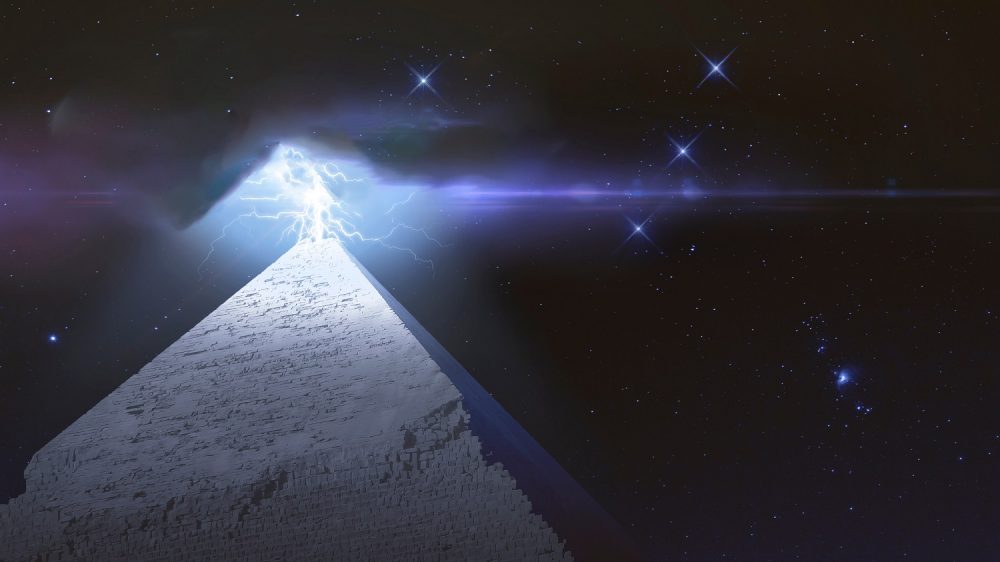 In one pyramid, archaeologists discovered a Pyramid inside a pyramid, inside... well, another pyramid.

There are pyramids everywhere. Ask any child today what a pyramid is, and he will probably tell you: “Oh, it’s that large pointy thing in Egypt.” And he may not be that much off. But pyramids are more than just the imposing structures crafted by the ancient civilization we call today Egypt.

Pyramids are a global phenomenon that has existed for thousands of years. For reasons unknown, cultures around the globe built massive pyramid-shaped structures all over the planet.

No matter where we look; Asia, Europe, Africa, or America, ancient civilizations built stunning pyramids as a kind of massive stairway reaching for the sky. And in our quest to understand why the ancients built these pyramids, we’ve managed to explore and study many of them.

As we did, we’ve come across things we’d never imagined.

Here are five discoveries made inside pyramids that have left experts stumped.

You’d expect to find burial chambers inside pyramids, right? After all, scholars claim that pyramids around the globe were built as imposing tombs for ancient rulers.

As experts explored the remnants of the ancient Egyptian civilization, they found a pyramid that was not intended to be used as a tomb. In 2014, archeologists visited the 4600-year-old step pyramid ad Edfu and found the structure had no burial chamber inside it.

As noted by experts, there are seven pyramids built in southern Egypt, and the Pyramid at Edfu is one of those seven. The structures are nearly identical in design, and experts think their similarity is due to a widespread construction plan.

The builder and purpose of the pyramid and unknown.

Experts argue that the smaller pyramids were monuments whose purpose was to remind the ancient Egyptians that they lived under a Pharaoh.

The archeological mission lasted for the next 14 years and eventually made its way inside the pyramid.

They ventured out deep into the structures and made history, becoming the first people to access the passageways in nearly 2000 years.

There, they found miniature hills, mountains, as well as rivers filled with liquid mercury. Above them were sparkling ceilings surrounded by intricately decorated walls. The entire underground scenery was meant to depict the afterlife and the underworld, say, experts.

The Great Pyramid of Giza is perhaps the most mysterious of all pyramids. Shrouded in legends, tales, and myths, we’ve tried understanding how the ancients built the Great Pyramid for decades.

And in our quest to understand how they made it possible, we’ve discovered some bizarre stuff.

According to Egyptologist Mark Lehner, the ancient builders knew that the monument would eventually become a target for Tomb raiders, so the builders decided to include a defense mechanism inside the pyramid.

It is argued that after the remains of the Pharaoh were placed inside the burial chamber inside the pyramids, the chamber would be secured through three massive pieces of rock that slid down carved groves blocking the entrance to the chamber.

Whether or not the defense mechanism worked is a mystery. By the time scholars excavated the King Chamber, the only thing inside it was an empty red granite sarcophagus.

Maybe the red sarcophagus is another defense mechanism. The remains of Khufu have still not been discovered.

One of the most famous American pyramids is located in the Yucatan peninsula. Not far from Merida, we find the ancient Pyramids of Kukulkan, a monument built to honor the Ancient Maya Feathered Serpent god.

It is one of the most famous Maya ruins, mostly because of its size and history. In 2016, experts announced a sensational discovery. Archeologists had found another pyramid inside it. This was, according to reports, the second pyramid found inside it.

In 1930, archeological excavations revealed that the pyramid of Kukulkan was actually erected atop another pyramid. The pyramid inside it was home to a ‘red jaguar throne’ intricately decorated with Jade.

Little did experts know that eighty years after, we’d find another pyramid inside it.

Mystery chamber inside the Great Pyramid of Giza

As if the Great Pyramid of Giza wasn’t mysterious enough, not long ago, experts from the Scan Pyramids project revealed that they had discovered a previously unknown chamber hidden away in the Great Pyramid.

Using cosmic-ray imaging, the experts could ‘peer’ through the stones, revealing what lies beyond the massive stones.

The previously unknown room ( or even possibly rooms) is unlikely to contain treasures or artifacts related to the Pharaoh.

Nonetheless, it is pretty impressive that it continues to surprise us more than 4,500 years after the structure was built.