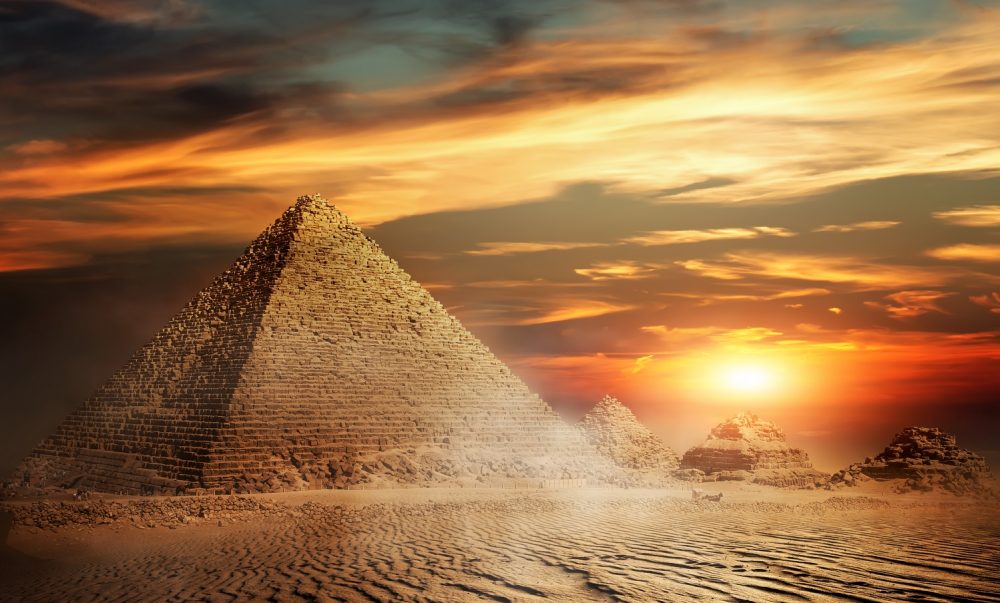 Imhotep was the man who conceived the idea of a pyramid structure in ancient Egypt. Had he not designed and built the pyramid of Djoser, who knows where the pyramid at the Giza plateau would ever have been built.

As I’ve written in previous articles, thousands of years ago, on a global scale, ancient cultures decided to build massive pyramids reaching for the skies.

Using various materials, the ancient builders erected some of the most impressive structures mankind has ever seen.

But before the pyramids were built, someone had to design them. Envision them. Imagine them.

In the case of the Egyptian Pyramids, there’s one man who did just that.

The first pyramid architect and he’s a man forgotten to history.

The largest pyramid (discovered to date) by volume is the Great Pyramid of Cholula located in Mexico, and for thousands of years, the largest structures on Earth were pyramids—first the Red Pyramid in the Dashur Necropolis and then the Great Pyramid of Khufu, both in Egypt—the latter structure being the only standing Seven Wonder of the Ancient World.

But how did the Pyramids in Egypt remain standing until this day? The key is planning.

And Imhotep is the man who envisioned the pyramids and how they should look, before any other builder in ancient Egypt.

Despite the fact that the pyramids of Giza are the most famous of all pyramids in Egypt, they were not the first.

Before pyramids were erected, the Pharaohs built massive structures known as mastabas, which eventually served as royal burials.

But eventually, mastabas were not enough and the Pharaohs wanted something more.

To trace back the history of pyramid building we travel to Saqqara, just northwest of Memphis where the Pyramid of Djoser still stands today.

Built around 2,620 before Christ during Egypt’s third dynasty, the Stepped Pyramid of Djoser was conceived by Imhotep, the man who is credited with coming up with the idea of ‘stacking’ mastabas on top of each other, and eventually building the very first stepped pyramid.

Imhotep, is therefore, the man responsible for coming up with the first Egyptian pyramid.

A Polymath that was deified

Imhotep was a true ancient genius, and he is referred among scholars as one of the first Egyptian polymaths: he was a poet, poet, judge, engineer, magician, scribe, astronomer, astrologer, and a physician.

In fact, some scholars have considered Imhotep alongside Hippocrates and Charaka as the fathers of early medicine.

But more than just a doctor, this man was one of the chief officials of Pharaoh Djoser and a man who changed and revolutionized architecture in ancient Egypt.

Some scholars argue that Imhotep may have come up with the first known use of stone columns to support a building.

Such was the importance of Imhotep that around 2,000 years after his death, the ancient Egyptians venerated him as a god.

Eventually, Imhotep was equated with Thoth, the god of architecture, mathematics, and medicine, and patron of scribes.

Eventually, with the completion of th pyramid of Djoser, the structure Imhotep had designed became popular, inspiring the massive pyramid built at the Giza plateau.

Had Imhotep not designed and build the pyramid of Djoser, who knows if or not the Pyramid at Giza would stand where they are today.