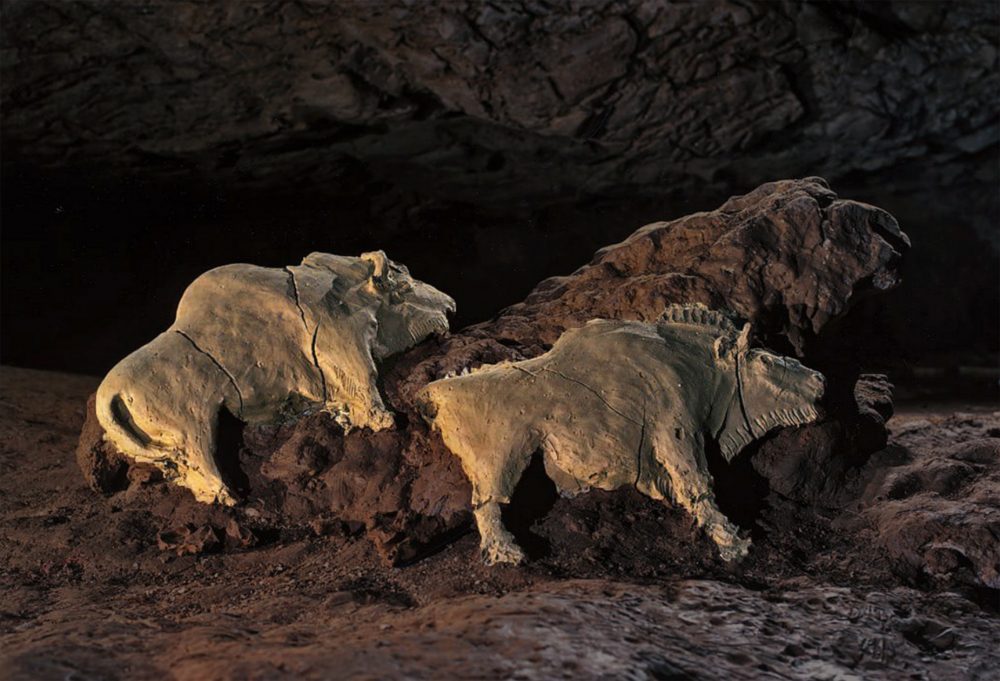 The Sculpture is believed to be more than 14,000 years old and is regarded as the largest and finest surviving prehistoric sculptures in the world. Parts of the ancient sculpture were carved with a tool.

A cave located in present-day France is home to one of the most amazing ancient sculptures in history: two bison carved by ancient humans around 14,000 years ago.

Thousands of years ago, our ancestors explored the surface of the planet in search of food and shelter. Beginning their journey in Africa, our ancestors are thought to have made their way across the entire planet, eventually population all corners of the world.

As they did, from time to time, they’d stop and remain settled in certain locations for different periods of time. Whether it was because they found shelter or food or had to because of the climate, they would enter cave systems and inhabit them eventually.

Some of the most interesting caves our ancestors inhabited are located in the European Continent.

In previous articles, we wrote about some of the most impressive cave artworks created by our ancient ancestor’s tens of thousands of years ago. Through illustrations inside various caves, we have come to understand that our ancestors were capable of depicting various events, some of which have even been intercepted to be astronomical in nature.

These pieces of art painted on the walls of different caves are extremely old. Cave art in Australia, for example, is believed to have appeared more than 28,000 years ago. The oldest known paintings inside caves are thought to be around 44,000 years old and are located in the Franco-Cantabrigians region in Western Europe. Still, there are also examples equally old in Indonesia.

Cave art has a rich history. The oldest examples are illustrations of hand stencil and various geometric forms. Until not long ago, the oldest example of figurative cave art, according to experts, are around 35,000 years old. In 2018, experts exploring the Lubang Jeriji Saléh cave on the Island of Borneo discovered figurative cave art, dating back around 52,000 years.

In Spain’s cave system, we find the oldest known cave painting, hand stencil paintings in red color, which is thought to have been created more than 63,000 years ago. Experts argue it was painted on the cave’s wall by Neanderthals.

The Chauvet Cave in present-day France offers more examples of amazing cave art. Some of these paintings are thought to have been created around 30,000 BC. However, given that the cave inside the Chauvet Cave is complex, some have questioned their age.

In addition to the numeric hand stencils, lines, circles, and zig-zag symbols, some of the most interesting cave art examples illustrate what seems to be strange-looking humanoid shapes.

Inside a cave system in Sulawesi, experts have found cave art dating back around 44,000 years ago, which is thought to depict what experts have said are the earliest examples of “shapeshifting” beings, representing the most ancient examples of therianthropy in human history.

Therianthropy is the mythological ability of human beings to metamorphose into other animals using shapeshifting.

The cave art in Sulawesi is also regarded as the oldest evidence of human beings’ capability to imagine supernatural beings.

It also suggests that some of the most complex pieces of cave art are not located in Europe.

In addition to that, experts believe that cave art examples like that of the Lubang Jeriji Saléh cave can be regarded as evidence that cave art—which is regarded as the most important innovation in human cultural history—did not arise in Europe as previously believed.

However, inside caves, our ancestors did not only draw incredible artistic sciences. They also crafted.

Inside the Le Tuc d’Audoubert Cave, in Ariege, France, experts have discovered a stunning example of ancient sculptures, built from the cave walls, our ancestor’s intricately sculpted bison, one standing next to the other, leaning against a small boulder. This incredible example of ancient sculpting has remained hidden from sight, surrounded by the cave’s darkness for millennia.

The cave where the bison are located remained unexplored largely until the 20th century when three teenage brothers discovered and explored the cave in 1912.

The animals were sculpted with unprecedented precision and care. In fact, analysis is of the sculptures has revealed that the artist’s handprints are still visible on the surface of the sculptures.

The sculptures are further evidence that ancient man used clay for artistic expression thousands of years ago.

The bison sculptures are also accompanied by an intricate set of drawings of bison and other animals, which are thought to have been popular in ancient times in the region.

Some of these illustrations show traces of carbon from fires and earthen minerals such as manganese and iron oxide, indicative of the fact that ceramic coloring materials used commonly in today’s era were already in use by our ancient ancestors.

The sculptures are extremely precise. There is clear evidence that certain parts of the sculpture, such as the bison mane, were carved by a kind of tool. The sculptor’s fingers formed the jaws and other elements.

It is noteworthy to mention that both sculptures were made with care and were crafted to radiate natural artistic beauty. The sculptor of the bison crafted the female bison reads to mate, while the male bison was sculpted as if it were sniffing the air.

Both of the sculptures are leaned against a central rock and are incredibly well-preserved. Not the less, taxes of erosion are visible on their surface, and experts have found traces of cracks across the statues’ surface.

According to experts, most of the prehistoric art in the cave is believed to date back to a period spanning between 13,500 and 11,500 BC. Analysis of the cave suggests matching results for similar works at the neighboring Niaux cave and Altamira and Covaciella in northern Spain.

The exact purpose of the bison remains unclear. However, another chamber inside the cave features two additional bison engraved into the ground.

This suggests that whoever sculpted and engraved the bison in the cave must have had an important reason to do so and most likely held the bison in high regard. Perhaps, these bison were sculpted and crafted as part of a ceremonial or ritualistic process.

Scholars have suggested that a small part of people performed ritualistic or shamanistic processes associated with the bison inside the cave.

Whatever the case, the two bison sculpted inside the cave are regarded as the largest and finest examples of prehistoric sculptures found anywhere in the world. 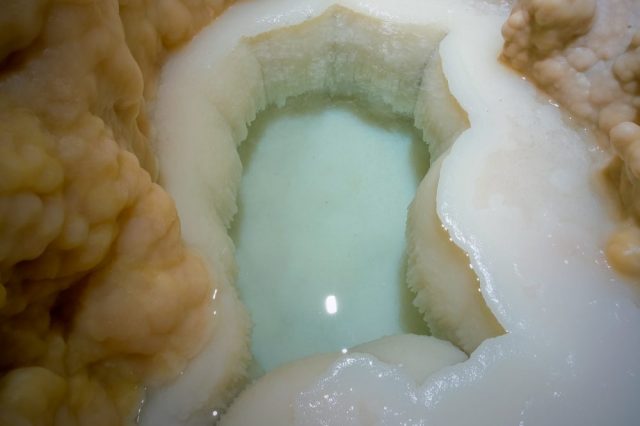