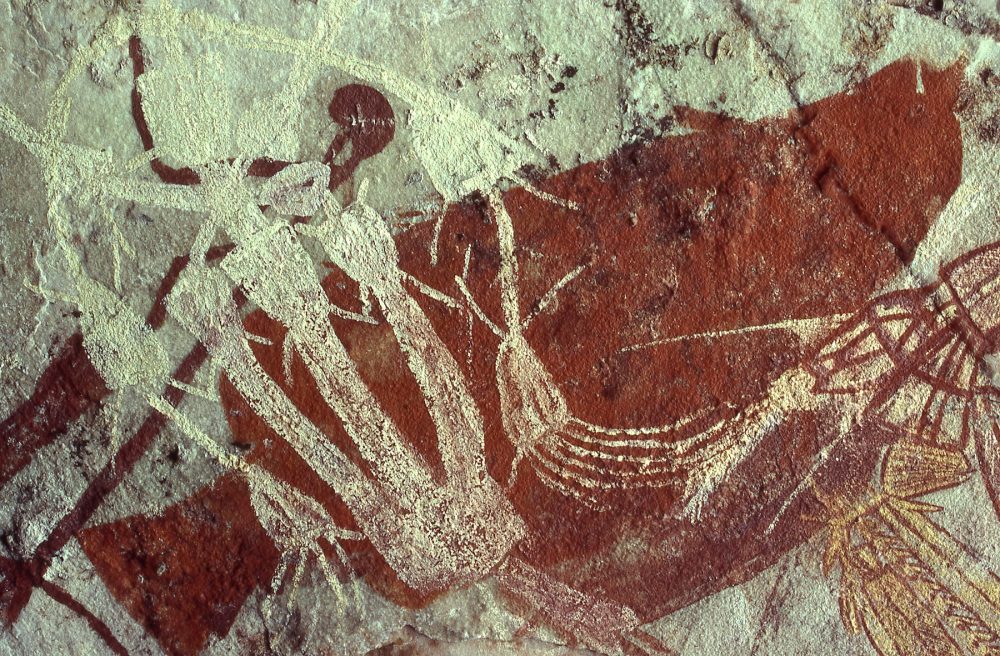 Tens of thousands of years before our "civilization," mysterious people painted star maps and odd humanoid figurines inside caves across the world.

Tens of thousands of years ago, our ancestors roamed the planet searching for shelter and food. From time to time, they would discover cave systems that they would eventually turn into their home and end up decorating with fascinating examples of ancient art.

We have countless examples of ancient cave systems occupied by humankind worldwide, with traces of habitation dating back more than 60,000 years in some cases.

Precisely in these ancient caves is where our ancestors made their first steps to document their surroundings.

They painted, carved, and sculpted what are considered some of the most ancient examples of art the world has ever seen. These ancient art pieces are an invaluable part of human history, recognized even by some of the greatest artists of the modern world.

After seeing the cave paintings at Lascaux France, Pablo Picasso said: “We have invented nothing new… after Altamira, all is decadence…”

Ancient humankind was, in some way, obsessed with conveying a message for future generations to see. They painted, sometimes for pleasure, sometimes because they felt a need to document things. Still, whatever the case, numerous examples around the globe of cave art have demonstrated that the love for art has existed in the heart of humans for longer than we’ve ever thought possible.

Some of these examples are incredibly ancient. Caves in Australia, for instance, feature paintings 28,000 years old. However, the oldest known cave paintings in the world are considered to be more than 44,000 years old, discovered in the Franco-Cantabrian region in Western Europe and inside a cave in Sulawesi, Indonesia.

The more we explore our world, the more discoveries we make that leave us perplexed by the rich history left behind by ancient humans.

In November of 2018, researchers found the oldest known figurative paintings ever made, dating back around 52,000 years, depicting an unidentified animal inside the Lubang Jeriji Saléh on the island Borneo.

In December of last year, scientists discovered cave art believed to be at least 43,9000 years old, depicting “the oldest pictorial record of storytelling and the earliest figurative artwork in the world.” This discovery was made in the Maros-Pankep Karst cave in Sulawesi.

In the Maltravieso cave in Spain, we find what is considered the oldest known cave painting, a red hand stencil which is thought to be more than 63,000 years old, believed to have been drawn by ancient Neanderthals.

In Europe, the oldest known examples of figurative art can be found in France inside the Chauvet Cave. The paintings are believed to date back to around 30,000 BC. However, given the precision and style of cave art, some experts have suggested that the drawings are too advanced for this era and question this age.

That, however, discredits ancient humans who were undoubtedly capable of great things.

Tens of thousands of years ago, people had the ability to create art. Not just ordinary lines and symbols that may appear random, but various elements that, when seen as a whole, tell a story of the ancient world. Ancient humankind did not paint on cave walls randomly. Their art had a meaning, carried weight, and profoundly impacted the way we understand the ancient world.

Evidence of that is the importance of the art we are discovering even today.

This brings us to our first example of advanced ancient art discoveries inside caves.

Intricate cave art around the world

More than 40,000 years ago, ancient people created intricate maps suggesting that our ancestors had a sophisticated knowledge of the constellations in the night sky tens of thousands of years ago.

“Early cave art shows that people had advanced knowledge of the night sky within the last ice age. Intellectually, they were hardly any different to us today…”

They believe that our ancestors may have kept track of time by observing the sky and seeing the stars change position over time. This transition of time was later documented with the help of cave art.

Several ancient works of art discovered across Europe are not mere representations of animals but rather constellations in the night sky.

Our ancestors used these artistic representations to represent dates, asteroid strikes, and other important events.

Experts further note that our ancestors may have perfectly understood the gradual change of our planet’s rotation.

These findings support a theory of multiple comet impacts over the course of human development, and will probably revolutionize how prehistoric populations are seen.

One of the oldest sculptures on Earth, the so-called Lion-Man of Hohlenstein-Stadel Cave, from 38,000 BC, was found to “conform to this ancient time-keeping system.”

It is believed to commemorate a catastrophic impact that probably kick-started the so-called Younger Dryas Event, a period of sudden climate cooling.

Indonesia has some of the most interesting examples of cave art anywhere in the world. One such example is cave art believed to be around 44,000 years old in southern Sulawesi, which probably depicts what experts say are “shapeshifting beings, ” representing the first examples of therianthropy.

Cave art created by our ancestors in the Indonesia cave illustrates the models hunting scene in the world while expressing the first figurative work of art created by modern man.

More importantly, it is the earliest evidence of our capability to imagine the existence of supernatural beings.

This is actually a big deal, say, experts, because the representation of imaginary entities (therianthropy) was rare if not inexistent until approximately 20,000 years ago.

Until not so long ago, experts were convinced that the oldest examples of cave paintings were those in Europe. However, discoveries made in Indonesia suggest that illustrations of animals and other motifs inside caves can be traced back to more than 40,000 years ago.

The discoveries add to mounting evidence that cave art–considered one of the most important innovations in human cultural history—did not arise in Europe as long believed by experts.

The cave art inside the Lubang Jeriji Saléh on Borneo’s island was created by a mysterious people around 52,000 years ago and depicts an unknown animal.