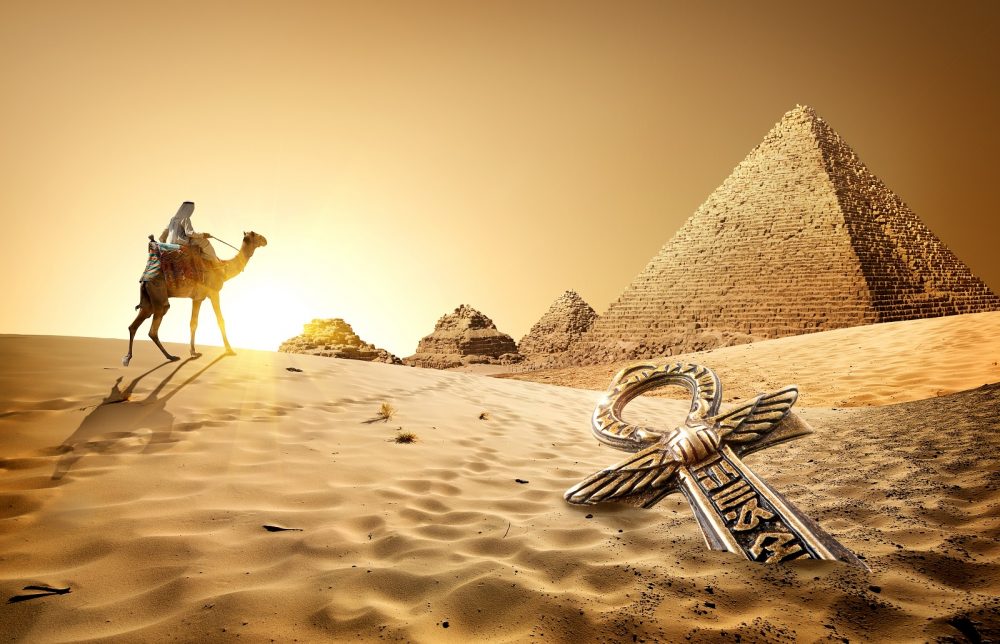 The Ancient Egyptian civilization rightfully holds a place in the list of the most advanced, sophisticated, and developed civilizations of ancient times.

Ancient Egypt was a land unlike any other.

Its hot desert sands saw thousands of years of history pass by, witnessing the construction of some of the greatest architectural and engineering wonders of ancient times. Egypt’s sands hold the answer to our questions. If only these sacred sands could talk, what secrets they might spill.

The civilization developed, advanced and eventually, as all others, it declined, as its history was slowly buried awaiting to be uncovered again.

And slowly, piece by piece, scholars have attempted to unravel the mysteries of the land of the pharaohs.

For hundreds of years have experts from across the entire planet traveled to Egypt hoping to reconstruct some of its longevous histories.

Many discoveries were made, and we learned plenty of things about Egypt through these finds.

But although we have made stunning, history-changing discoveries in the past, and continue to make them presently, we’ve still only managed to uncover a small, insignificant part of the true wonders of ancient Egypt.

But progress is made each day. Exploring and digging is hard. Nonetheless, archeologists have discovered a true plethora of ancient Egyptian wonders hidden beneath the golden sands.

In this article, we take a look at 5 of the most perplexing discoveries made beneath Egypt’s Golden Sands.

A town that predates the Pharaohs

In 2018, it was reported that an archeological mission working in Egypt’s Nile Delta discovered the remains of an ancient town that predates the Pharaohs.

The settlement (Tell el-Samara) which dates back to around 5,000 BC is considered one of the oldest settlements ever discovered in Egypt and indicates that humans were living in the area more than 7,000 years ago.

This means that the settlement not only predates the very first Egyptian pharaoh, but it means that it also dates back to a time before the Pyramids of Egypt were built.

The remains of the ancient settlements were preserved beneath the sands of Egypt for thousands of years.

“Analyzing the biological material that has been discovered will present us with a clearer view of the first communities that settled in the Delta and the origins of agriculture and farming in Egypt,” revealed in 2018 Nadia Khedr, a ministry official responsible for Egyptian, Greek and Roman antiquities on the Mediterranean.

2018 was a stunning archeological year in Egypt as many important discoveries were made.

The uncovered Sphinx is considered one of the better-preserved Sphinx statues found in recent years.

Dating back to a time when Amenhotep III, the grandfather of King Tut ruled over Egypt, researchers discovered a Sphinx workshop at the archeological site of Gebel el-Silsila. The workshop most likely dates back to the 18th Dynasty of ancient Egypt.

Inside the workshop, the archeologists discovered numerous unfinished sculptures, among them a ram-headed Sphinx, chiseled from stone in the distant past. As the workhop was forgotten, so where its contnents.

Researchers believe that th ram-headed Sphinx was most likely commissioned by Amenhotep III, and remained forgotten for more than 3,000 years when archaeologists excavated it.

At the footsptes of the pyramid, back in 1954, a man called Kamal el-Mallakh came across wooden remains.

The discovery eventually became one of the greatest finds in history. el Mallakh had found the remains of a ship, buried in the sand. But this was no ordinary vessel.

The ship remained buried beneath Egypt’s golden sands since it was sealed into an ancient pit, carved from the Giza bedrock more than 4,500 years ago.

Studies would eventually reveal that the wooden pieces belong to a Solar Boat, more specifically to Khufu’s Solar Boat.

It is one of the oldest, largest and best-preserved vessels ever found in Egypt.

Described as a masterpiece of ancient woodcraft and shipbuilding, reachers say that the ship could still sail today.

Writers of antiquity like Herodotus, Strabo, as well as Pliny the Elder wrote about an intricate labyrinth.

But although mentioned in ancient texts, scholars had long maintained that the labyrinth was just another myth.

Herodotus explained that “…it has twelve courts covered in, with gates facing one another, six upon the Northside and six upon the South, joining on one to another, and the same wall surrounds them all outside; and there are in it two kinds of chambers, the one kind below the ground and the other above upon these, three thousand in number, of each kind fifteen hundred. The upper set of chambers we ourselves saw;… but the chambers underground we heard about only… For the passages through the chambers, and the goings this way and that way through the courts, which were admirably adorned, afforded endless matter for marvel, as we went through from a court to the chambers beyond it, and from the chambers to colonnades, and from the colonnades to other rooms, and then from the chambers again to other courts.”

“Over the whole of these is a roof made of stone like the walls; and the walls are covered with figures carved upon them, each court being surrounded with pillars of white stone fitted together most perfectly; and at the end of the labyrinth, by the corner of it, there is a pyramid of forty fathoms, upon which large figures are carved, and to this there is a way made underground. Such is this labyrinth.”

In 2008, the Mataha expedition set out to find the alleged labyrinth and prove to the world it was real.

At an archeological site called Hawar, where the Pyramid of Amenemhat III, the last king of the 12th dynasty stands in ruins, in 1889 William Petrie uncovered a massive stone plateau measuring 304m by 244m.

But what was thought to be the floor of a massive structure by Petrie was actually the roof of something much larger.

Their discoveries were published in the journal NRIAG and the results were presented during a lecture at Gent University in October 2008.