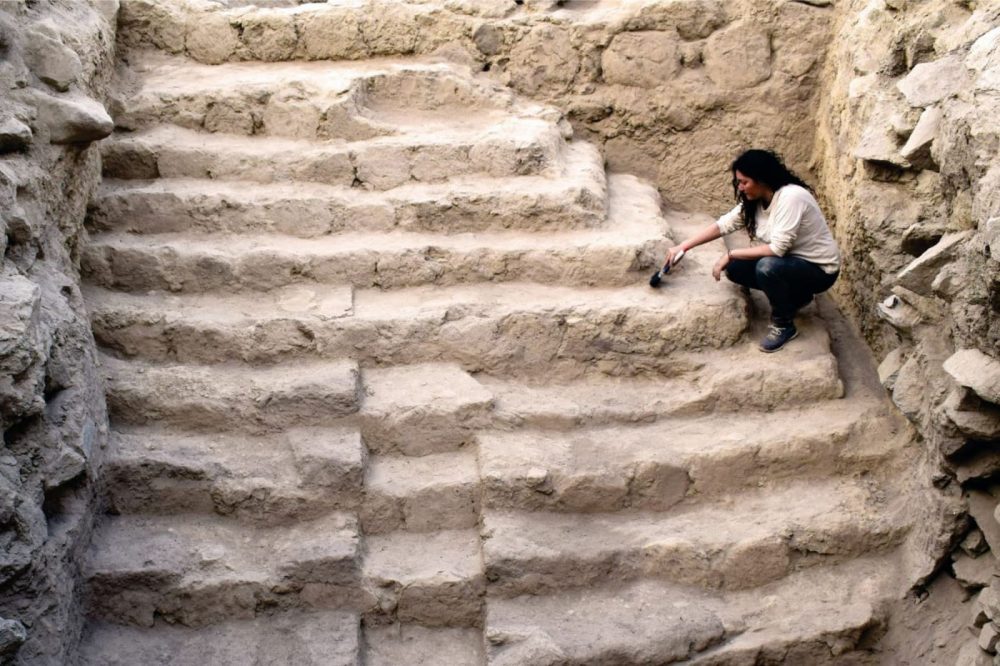 The structure resembles that resembles a Step Pyramid could be around 5,000 years old.

It may not be close to as big as the Great Pyramid of Giza. However, a kind of pyramid structure recently excavated in Peru has revealed stunning details about human civilization in what is now present-day Peru and how they lived more than 5,000 years ago.

The ancient structure built in a pyramid shape is believed to be at least 5,000 years old. Recent archeological excavations have revealed the structure’s purpose, which was allegedly developed for ancient ceremonies and rituals.

These details have come to light thanks to excavations at the Sechin archaeological complex in Casma Province of Ancash Region in northern Peru, reports News Network Archaeology.

The site’s survey has revealed its shape: the pyramid is a kind of stepped structure at least 3 meters high, around 5 meters wide. To reveal the ancient structure, researchers had to excavate more than 6 meters of soil and remove massive stones to reveal it.

Monica Suarez, an archeologist of the Sechin Archaeological Project, explains that the “Step Pyramid” is located within the south-central part of the main building. It is believed that it was used for ceremonial purposes.

“It is of great importance in these ceremonial sites. It served a ceremonial purpose, but we need to make further analysis (…),” Suarez said in statements to the Andina news agency.

In addition to the “miniature” Step Pyramid, the archeologists have revealed two skulls–one belonging to an adult and the other to a child–as well as a dismembered body on the side, which offers evidence that the ancient pyramid-like structure was used for ceremonial practices.

Although the pyramid’s exact purpose is still unclear, the archaeologists propose that the structure may have served as “a ladder to get to a higher level.”

“There is an adobe wall at the top, with Sechin inhabitants’ fingerprints visible in the mud. They are believed to be a symbol of their work,” Suarez revealed to Andina News Agency.

Experts are expected to continue excavating and studying the site hoping that future discoveries may help reveal more about the Sechin Complex. Furthermore, if experts gather enough data to confirm it was a ceremonial site, it will make it possible to better understand the people who inhabited the region more than 5,000 years ago, along the way helping understand the purpose of the Pyramids.

Although the new structure is not the greatest pyramid in Peru, the country is home to fascinating pyramids the world has ever seen.

Caral in Peru is a city like no other. In fact, some scholars have dubbed this ancient city, the Pyramid city.

There, an ancient civilization erected massive pyramids at a time when similar structures in Egypt were no more than a distant dream.

The pyramid city of Caral is believed to date back at least 5,000 years. The civilization that erected the massive city is contemporary with other civilizations of the world such as Egypt, India, Sumer, and China, but it developed in complete isolation, unlike them.