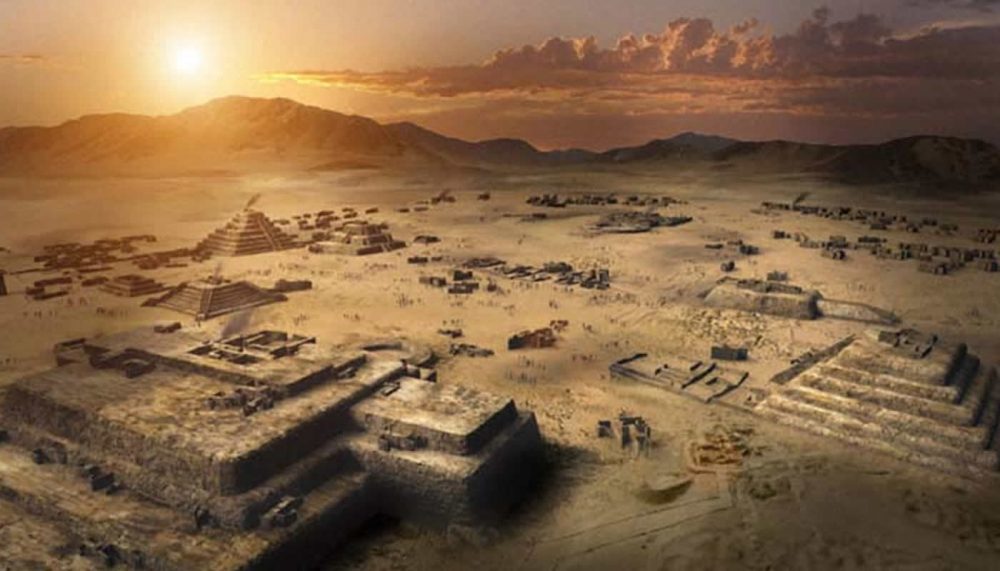 There are pyramids scattered across the entire globe.

There are pyramids all over the place. No, really. Pyramids have been found all across the planet.

It is as if thousands of years ago, ancient civilizations that were not connected between them got a pyramid building fever and started erecting massive, towering structures that reached for the skies.

And while most people are familiar with Giza’s pyramids and the Egyptian Pyramids in General, the truth is that Egypt isn’t the country with the most pyramids, nor is it where the largest pyramid on Earth resides.

That honor belongs to modern-day Mexico and the Great Pyramid of Cholula.

In this article, we look at some of the most impressive pyramids built on the American Continent.

Have you ever heard about the Pyramids of Caral?

More than 5,000 years ago, an extremely advanced civilization developed in Peru. Most people have never heard of it. In fact, this civilization’s existence was revealed only in1996, thanks to the work of a team of archaeologists headed by Ruth Shady through the Caral-Supe Special Archaeological Project.

This ancient culture settled in the north-central Peruvian area of Norte Chico.

They built the city of Caral, which gave this ancient civilization its name.

There, in a city that has remained hidden from sight, the ancients erected pyramids.

Scientific studies have shown that this civilization is contemporary with other civilizations globally, such as Egypt, India, Sumeria, and China, but it developed in complete isolation, unlike them.

The Pyramids of Caral are contemporary with the ancient Egyptian Pyramids. According to excavation, the main pyramid at Caral covers nearly four football fields, with a length of around 20 meters.

Caral’s urban complex spreads out over 150 hectares (370 acres) and is home to plazas, residential buildings, and pyramids. Caral was a thriving metropolis at roughly the same time that Egypt’s great pyramids were being built.

As we have already mentioned in previous articles, Earth’s largest pyramid is located not in Egypt but on the American Continent. More specifically, in modern-day Mexico.

Thousands of years ago, an ancient culture built a massive pyramid with a volume of over 4.45 million cubic meters.

This means that the Pyramid at Cholula is much larger than the Great Pyramid of Giza (often mistaken as the largest pyramid on Earth), with a volume of around 2.5 million cubic meters.

The base measures a total of 160,000 square meters, which means the Pyramid of Cholula has three times the 53,056.5 square meter base area of Pharaoh Khufu’s Great Pyramid of Giza.

The Great Pyramid of La Venta

La Venta is an archeological site belonging to the Ancient Olmec civilization in present-day Mexico, in Tabasco’s estate.

La Venta’s city belonged to the Olmec, one of the earliest civilizations to develop on the American Continent.

La Venta’s city is home to the Great Pyramid, the central building in the city layout.

The structure is believed to have been built entirely out of clay and easily spotted from miles out.

The structure was erected on top of a closed-in platform, where Frans Blom and Oliver La Farge discovered Altars 2 and 3 and found the Olmec Civilization. Before the studies by La Farge and Blom, the site was thought to have been an ancient Maya city.

The Pyramid of La Venta is one of the earliest known pyramids to be built in Mesoamerica. The Gret Pyramid is currently 34 meters high and is believed to contain around 100,000 cubic meters of earth fill.