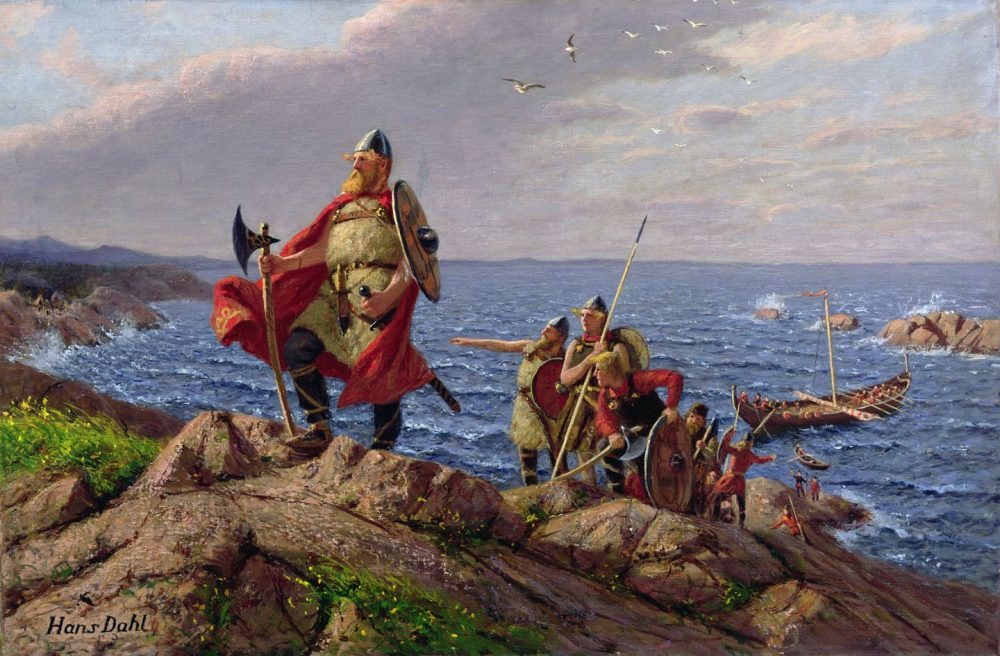 Countless misconceptions about the Vikings have created a completely historically inaccurate image of these fearless explorers.

Imagine that I ask 5 random people on the street about what the Vikings were like. In my opinion, in most cases, I will hear notions of brutal warriors with horned helmets, shaved eyebrows, braided hair, and black eye makeup which are absolute misconceptions about Vikings.

Unfortunately, this image has developed thanks to modern cinema and animation. Not that these depictions are unpleasant to watch or the movies/shows are bad, but they do not coincide with the historical truth.

Fortunately, historians have very serious sources on which to reconstruct the real image of the Viking warrior. First of all, these are the sagas – preserved early medieval records of the legends of the ancient Scandinavians. What are the most common misconceptions about the Vikings?

To be a Viking was NOT ancestry, it was a “profession”

For starters, I want to point out that the term “Vikings” did not refer to the name of the Scandinavian people or a hereditary trait, but it was a kind of “profession”. Vikings were the members of each group of armed Scandinavian sailors who invaded Europe in the 8th-11th centuries. The military campaigns itself were denoted by the same word. But not all Scandinavians living in those days could afford to call themselves Vikings. Being one was a personal choice and this is one of the misconceptions about Vikings that is absolutely historically incorrect and gives a bad name to entire cultures.

Strange as it may seem, even for themselves, the word had a negative connotation like a pirate or a robber. The majority of the Scandinavian population was engaged in peaceful labor: cultivating scarce land, developing livestock, and fishing.

By the way, modern Scandinavians are descendants of those peaceful farmers and fishermen. The energetic and aggressive sailors either perished in foreign lands, or founded their own possessions, or merged with other nationalities during their explorations.

Vikings were not only thieves and ruthless killers

There is a myth and a common misconception that the Vikings were mainly involved in looting, violence, and robbery. This is not entirely true. One does not become rich just by robbery.

The Vikings actively traded with many of the neighboring cultures. In fact, the Vikings always tried to trade first. At the same time, however, they conducted intelligence. If it turned out that their “partners” were negligent or dishonest, only then did they turn to force and seize the goods unceremoniously.

As for their known bloodlust, I can say that it fully corresponds to the era in which they lived and does not differ in any way from the attitude of other cultures of that time. In fact, the Anglo-Saxons were much more famous for their ferocity. Let me also mention that Iceland and Greenland were colonized by the Vikings in a very peaceful way contrary to popular belief.

Vikings had no hygiene… but actually, they did!

The third misconception about Vikings is that they lacked personal hygiene and were unclean. Of course, we can not compare them with the modern man, who has access to hot water at all times, face and body cosmetics, deodorants, and countless other products.

BUT, after all, they also had something to boast about. In fact, some of the most common finds in Viking burials are combs. There are also gold “ear sticks”, razors, tweezers. According to the chronicler John of Wallingford (1200-1258), the Vikings were much cleaner than the English. They boiled soap, bathed once a week, and changed their clothes. Many bleached their hair with clay and used eye make up.

I can say that movies have created a complete misconception about Viking hairstyles. Most often we see them with long braided hair. But there is no evidence that this was indeed the case. According to sources from the 10th-11th centuries, they shaved the back of their necks and left the other part of their hair to grow. However, there is nothing mentioned about braids.

I will end with one of the most common misconceptions about the Vikings, which relates to their helmets. No, they did not have horns, or at least so far there is no evidence to support this idea. Most Vikings went into battle naked, and the rich wore simple cone-shaped helmets made of leather and metal.