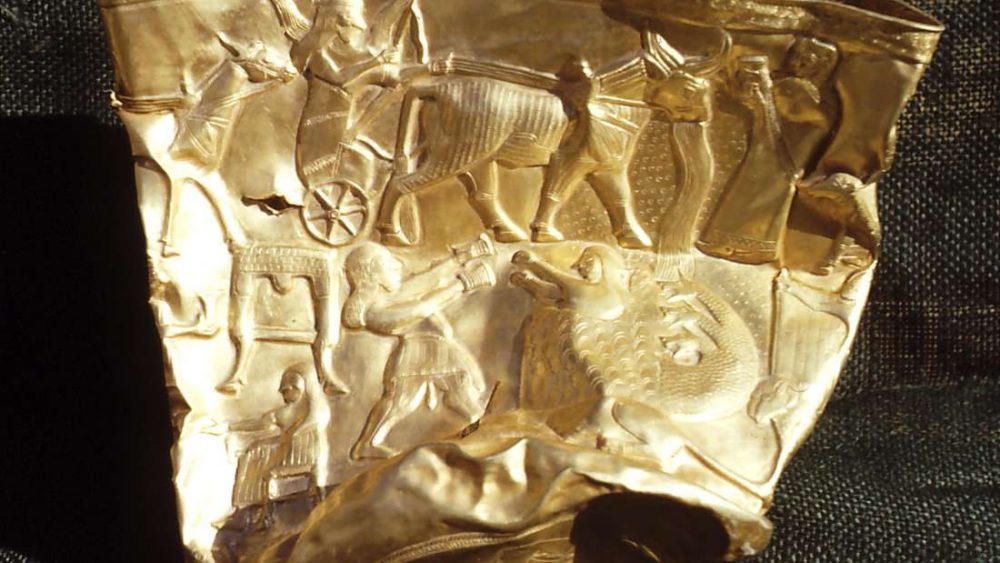 Ancient civilizations embraced gender diversity recognizing the existence of a third gender besides male and female.

A recent scientific study has revealed that a 3,000-year old civilization recognized at least three genders.

Analysis from ancient graves in Iron Age burials at Hasanlu, Iran suggests people there were buried with three different sets of offerings: for females, males and a ‘third gender’.

It is believed that an enigmatic Persian civilization embraced gender diversity recognizing the existence of a third gender besides male and female.

The new study offers unprecedented insight into sex and gender in ancient civilizations, suggesting that thousands of years ago, people were not bound to a binary view of gender.

When archaeologists excavate ancient burial sites, they assign them to one sex or another, primarily based on the morphology of the skeletal remains, and  /or the objects inside the burial.

“Embedded in that use of predetermined categories is the assumption that being male or female meant the same thing a long time ago as it does now,” explains  Megan Cifarelli, an art historian from Manhattanville College, a liberal arts college near New York City.

To understand more about the skeletal remains the burials, and the civilization the ancient people belonged to, Cifarelliran an algorithm of hundreds of ancient artifacts recovered from more than 50 tombs at Hasanlu.

The researcher wanted to understand which objects, like clothing items, appear clustered together, and what this could signify.

The results of the study were presented at the at the annual meeting of the American Schools of Oriental Research in Denver.

The scientists found that one specific cluster of artifacts that appeared in graves included objects like needles, garment pins, and jewelry, and was associated with skeletons biologically identifiable as female.

A different cluster, containing objects like weapons, armor, and metal vessels were strongly associated with male.

However, her data also showed the existence of a third aggrupation.

Around 20 percent of the data of the tombs at Hasanlu featured a different set of co-occurring objects. Scientists found an unusual combination of artifacts that accompanied skeletons of both sexes.

The scientists revealed that one male tomb in this cluster featured an arrowhead, which is traditionally considered a masculine artifact, but it also featured a garment pin, which in the ancient Hasanlu culture “is just about the most strongly feminine item there is,” Cifarelli explains.

Another tomb featured a blade, a metal drinking cup, but also a garment pint.

Cifarelli found that there is evidently more than two categories of funerary artifacts found belonging to the ancient Hasanlu culture: One belongs to females, another one belongs to males, and a third which is a mixture of both sexes.

“In Western societies, the impulse to stick people into those two boxes – male or female – is very persistent,” Cifarelli explained in an interview with Haaretz.

“My point is that there are this enormous range, flexibility, and fluidity in the world, and we should recognize it,” she added.