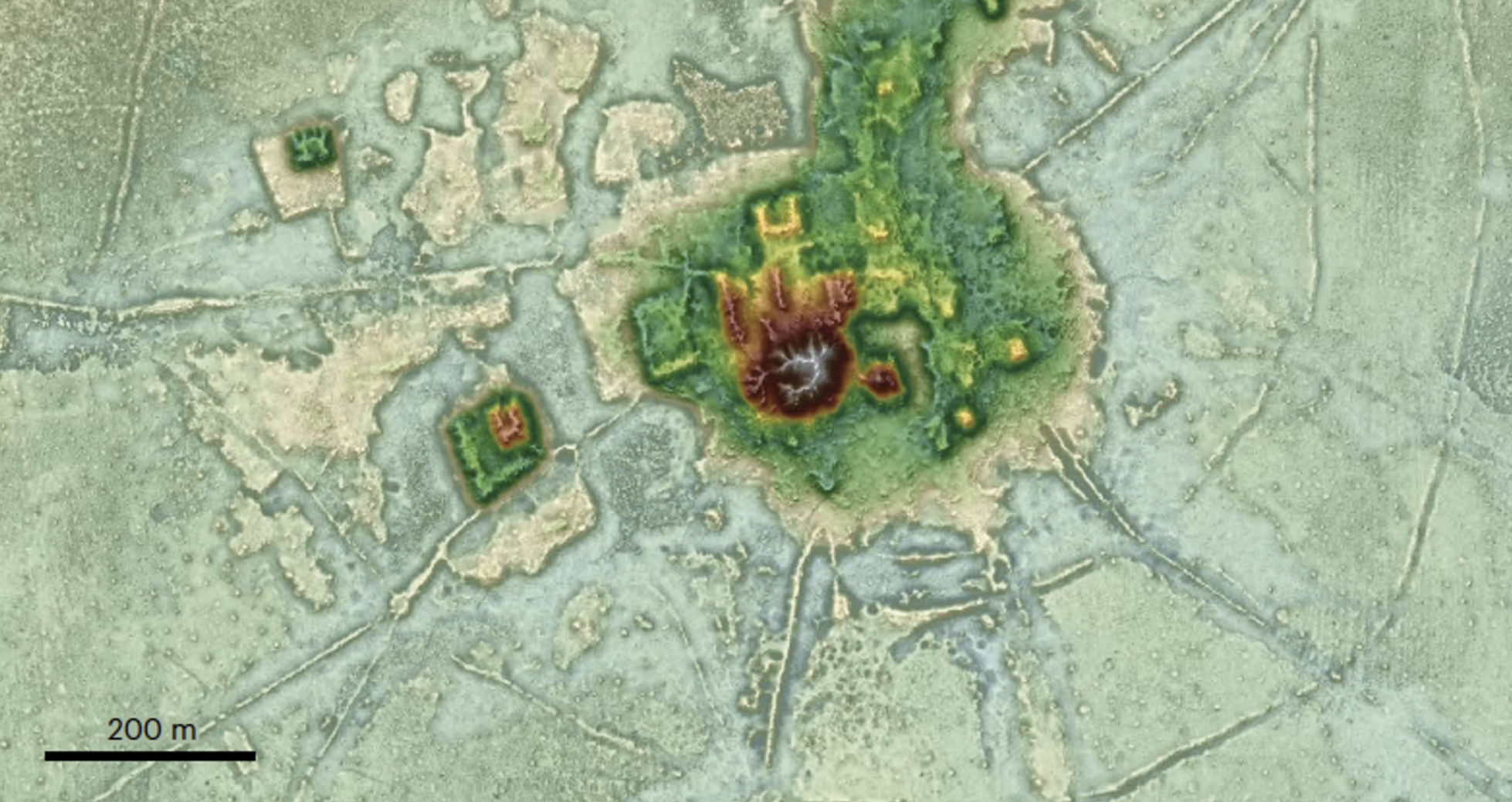 LiDAR technology has helped researchers discover the monumental ruins of a complex society in the Bolivian Amazon that prospered long before the arrival of the Spanish. This society built intricate cities, pyramids, and temples.

The sprawling ruins of what was once an Amazonian civilization have been uncovered in the Bolivian jungle with the help of LiDAR technology.

Researchers have revealed that the settlements were once home to an indigenous agricultural society that professed knowledge of cosmology.

Around 26 ancient sites have been discovered, more than half of which have never been studied before.

The data obtained by scientists so far tells us that long before the Spanish invasion decimated the Americas, the Amazon region was home to monumental and long-standing settlements built by complex societies.

“Our results put to rest arguments that western Amazonia was sparsely populated in pre-Hispanic times” and enrich existing evidence that the Casarabe culture had a “highly integrated, continuous and dense settlement system,” explained archaeologist Heiko Prümers and colleagues.

Their discovery of a sprawling network of settlements beneath dense vegetation represents a unique type of low-density urbanism in the tropical lowlands of South America. These settlements include many elaborate ceremonial constructions such as platforms and earthen pyramids, all oriented toward the north and northwest.

The discovery has changed the idea previously held by experts that the Amazonian region could not and did not support a monumental complex society.

The Llanos de Mojos plains of Bolivia had previously been thought to be incapable of supporting sophisticated, urbanized civilizations due to their poor tropical soils, similar to the Maya strongholds of Central America.

In spite of this, evidence shows that the Casarabe were skilled farmers, cultivating crops, hunting, and fishing in the seasonally flood-prone savannas of Amazonia.

Nevertheless, little is known about how the Casarabe organized their settlements or constructed their ceremonial structures.

This is precisely where LiDAR technology comes into play. With LiDAR, an object or surface is targeted with laser light. Then, the reflected light is measured by the time it takes for the light to return to the receiver.

As part of the study, Prümers and colleagues describe two large settlements, Cotoca and Landivar, critical hubs of a smaller network of 24 sites, all linked by causeways visible for kilometers across the landscape.

“These two large settlement sites were already known, but their massive size and architectural elaboration became apparent only through the LIDAR survey,” the researchers revealed in their paper.

Their estimates state that the Casarabes moved 570,000 cubic meters of earth to build Cotoca. This is around ten times more material than the Tiwanaku culture had to move in order to build the Akapana pyramid in the Bolivian highlands.

How LiDAR Changed the Game

In recent years, many interesting discoveries have been made in the Amazon. However, many of these ancient sites are located among dense parts of the rainforest, inaccessible to researchers.

LiDAR technology has changed the way archaeology is done.

Thanks to these new remote sensing techniques, scientists are now able to peer beneath dense parts of the rainforest and see what lies beneath.

In 2020, we published a story about a similar discovery in the Amazon. Again, with the help of LiDAR, researchers discovered over 30 ancient settlements intricately aligned, resembling the cosmos.

Scientists have uncovered the remnants of so-called “mound villages during the past decade.” All were intricately aligned and were shaped like circles or rectangles and connected by paved roads, features indicative of an advanced culture unknown until not long ago.