Egypt is a land surrounded by myths, legends, and inexplicable things. The Pyramids at the Giza plateau are no exception.

Despite centuries of study, scholars can still not fully explain how and why the pyramids were built.

The Great Pyramid of Giza is shrouded in legends and myths, and regrettably, we have little scientifically reliable information about the structure itself and its physical properties.

We know that it was built thousands of years ago and a project like no other. Also referred to as the Pyramid of Khufu or the Pyramid of Cheops, it is the oldest of the three pyramids in the Giza pyramid complex.

Mainstream scholars are convinced (despite lacking proper and conclusive information) that the structure was built as a tomb over a 20-year period finalizing around 2560 BC.

The Pyramid was Initially at 146.5 meters (481 feet) tall and the tallest human-made structure globally for more than 3,800 years.

As for as long at it existed on Earth, it caused admiration among anyone who stood in front of it.

This administration has continued for millennia, which is precisely one of the reasons why the Great Pyramid has been the subject of so many studies throughout history.

The latest study that caused quite a hype was led by scientists from ITMO University (Russia) and the Laser Zentrum Hannover (Germany).

Using calculations, the researchers demonstrated that in the resonant state, the Great Pyramid concentrated electromagnetic energy inside its chambers and well beneath its base, where an unfinished chamber is located.

The conclusions were obtained based on numerical modeling as well as analytical methods of physics.

Scientists created a model of the pyramid and its electromagnetic response. They calculated the extinction cross section and were then able to estimate how the energy is scattered or absorbed by the Great Pyramid.

Using multipole analysis, the scientists were able to confirm that the scattered fields concentrated inside the Pyramids chambers and beneath its base.

“Applications of modern physical methods and approaches for investigations of pyramids’ properties are important and productive,” the scientists explained in their paper.

“It could allow [us] to make discoveries or get new information motivating new interests [in] the pyramids.”

“Egyptian pyramids have always attracted great attention. As scientists, we were interested in them, so we decided to look at the Great Pyramid as a particle dissipating radio waves resonantly. Due to the lack of information about the physical properties of the pyramid, we had to use some assumptions.”

“For example, we assumed that there are no unknown cavities inside, and the building material with the properties of an ordinary limestone is evenly distributed in and out of the pyramid. With these assumptions made, we obtained interesting results that can find important practical applications,” says Dr. Sc. Andrey Evlyukhin, scientific supervisor and coordinator of the research.

Despite this discovery, mainstream scholars argue that it is improbable that the ancient Egyptians knew about the pyramid’s electromagnetic properties, suggesting that this is just an interesting coincidence of how the pyramids stand.

The research paper was published in the Journal of Applied Physics. 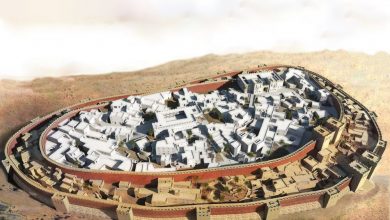 The Unsolved Mystery of the 5.7km Long Underground World Beneath Egypt’s Oldest Pyramid