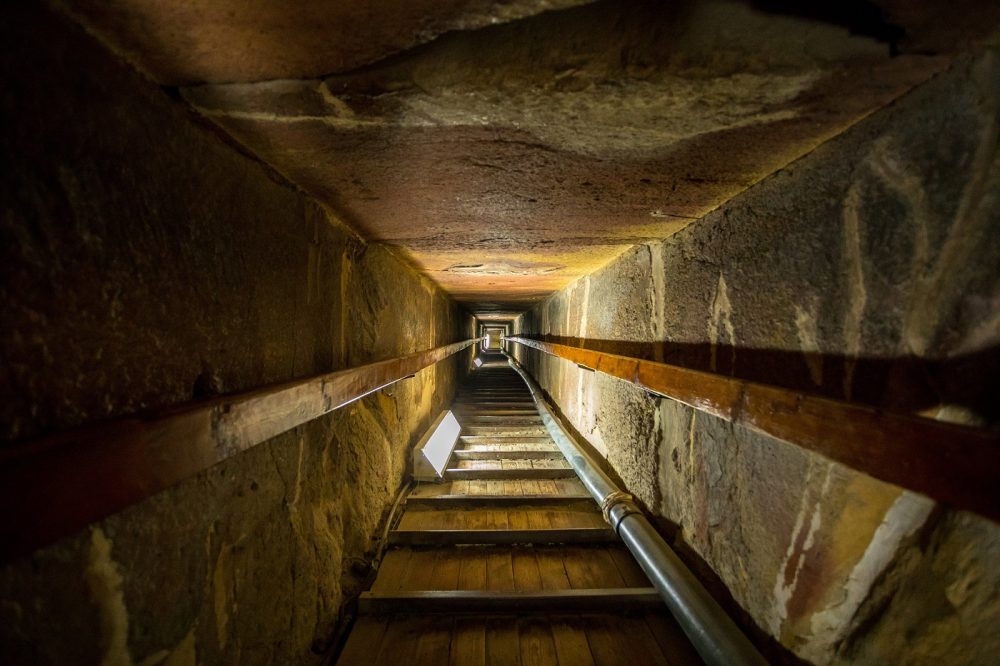 The ancient Egyptians built fake doors, fake tunnels and labyrinths that have left experts baffled, unable to explain their purpose. That is until now.

In addition to the many other mysteries that have ‘haunted’ Egyptologists for decades, researchers believe they may have finally understood why the builders of the ancient pyramids built so many fake doors and tunnels inside the pyramids.

While it is known that the builders of pyramids and tombs in ancient Egypt tried their best to keep the eternal resting places and their content safe from looters, experts now say that the fake doors and tunnels inside pyramids had nothing to do with looters and robbers.

And as we continue to study and understand the pyramids at Giza, we have come to realize that there is so much more we have yet to learn about this ancient civilization that built intricate pyramids more than 4,500 years ago.

According to a documentary titled ‘Egypt through the Ages,’ filmmaker and Egyptologist Ryan Woodside has revealed a ‘refreshing theory’ about using the fake entrances the Egyptians built inside the pyramids.

According to the experts, these fake doors were intended to resemble real ones fully but were not placed there to protect the tomb but were most likely specially designed for “the spirit to pass between this life and the afterlife.”

“They believed the spirit could come in and out, and Unas’ wife had a very nice false door,” the Woodside explained while speaking about the tomb of Unas, the ninth and last king of the Fifth Dynasty of Egypt in the Old Kingdom.

“And actually with the false doors, a lot of the time, women would write down little letters if they were angry with their husbands or they wanted help on something,” Woodside said revealed.

There are a few documentaries that have recently been aired on TV. One of them is Channel 4’s documentary titled ‘Egypt’s Great Pyramid: The New Evidence,’ which delves into the extraordinary discovery made by archeologists, including Pierre Tallet.

Tallet is believed to have found an extremely well-preserved papyrus in a cave at Wadi al-Jarf.

After studies, experts revealed that the papyrus is the oldest and completely preserved papyrus ever found in the world, and it helps us understand a great deal about the process that involved building the pyramids.

After years of deciphering the ancient text, Tallet believes it details unprecedented information written by an ancient Egyptian called Merer, who oversaw the transportation of limestone blocks from a distant quarry in Egypt to the pyramid.