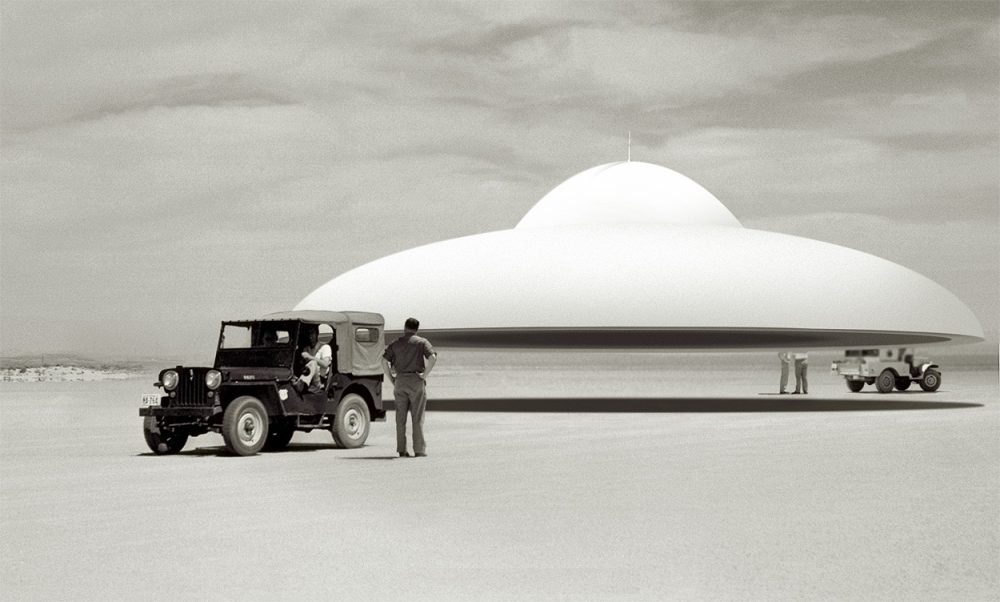 Do you remember those declassified UFO videos you saw at the end of 2017? Well, the US government wants you to forget them because they can't explain what was observed there.

UFOs are real, but I guess we don’t really need the government to tell us that, right?

Do you remember those declassified UFO videos you saw at the end of 2017? Well, the US government wants you to forget them because they can’t explain what was observed there.

“The videos were never officially released to the general public by the DoD and should still be withheld,” said Pentagon Spokesperson Susan Gough to The Black Vault earlier this year. Mr. Gradisher, on behalf of the Navy, confirms the Pentagon’s position this week by adding, “the Navy has not released the videos to the general public.”

In other words, the supposedly declassified videos were not declassified, and no one was supposed to see what was in them.

Between December 2017 and March 2018, the New York Times released three videos showing US Navy pilots chasing down objects that were classified as Unidentified Flying Objects.

These objects, devoid of wings and shaped like a cigar, moved at hypersonic speeds and made impossible maneuvers for any known aircraft built by man. As they fly at mind-bending speeds,–almost as if taunting the Navy Pilots–no visible propulsion system can be seen on the UFOs.

Were they real alien ships? High tech drones from Russia? China? North Korea? The pilots had no idea what they had seen and chased down, according to a recent statement by a Navy intelligence officer, and neither did the US government.

In other words, the declassified UFO videos are real, whatever the Navy pilots came up against remains unexplained, and the government can’t explain what was recorded in the videos.

Oh, and… you, I, and the millions of people around the globe who saw the videos were never meant to see them according to statements made by Joseph Gradisher, spokesman for the Deputy Chief of Naval Operations for War Information, who argues that the objects in those three videos are considered an “unidentified air phenomenon” (UAP).

The Navy calls UFOs not Unidentified Flying Objects, but Unidentified Air Phenomenon. When asked for clarification from the Navy on why the difference exists, Mr. Gradisher said, “the Navy has no comment on, nor control over, how civilian individuals or organizations may or may not describe the objects in the referenced videos. The Navy designates the objects contained in these videos as unidentified aerial phenomena.”

“That the Navy is using the term ‘Unidentified Aerial Phenomena’ shows that they have broadened what is expected to be reported by US fighter pilots to investigate anything unknown in their airspace that in the past has been connected with a stigma,” UFO expert and researcher Roger Glassel told Motherboard.

So if the videos were not declassified and we were not supposed to see them, why did we?

The why is consistent with the theory that suggests that the UFO videos were actually leaked from within as an act of protest and rebellion by Luis Elizondo, a former military intelligence officer in charge of the Pentagon’s secret program who investigated – and investigates – UFOs (AATIP). At the time, Elizondo explained that “excessive secrecy and internal opposition to the program” had generated a dispute between those who thought that these videos should be made known and those who did not.

Why de secrecy? What exactly was the Navy trying to keep secret?

The truth is that whatever it is, it seems to be something out of this world.  In one of the incidents filmed in 2004, for example, it is observed how UFOs suddenly appear at an altitude of 25,000 meters and then rush towards the ocean, to eventually stop and fly at an altitude of around 6,000 meters.

As a final act confirming their mysterious nature, the UFOs are seen disappearing from radar or fly at high speed upwards leaving behind awestruck pilots. Are flying saucers, UFO’s or UAP’s as the Navy now calls them really alien-made vehicles? Or, is there perhaps a more reasonable explanation?