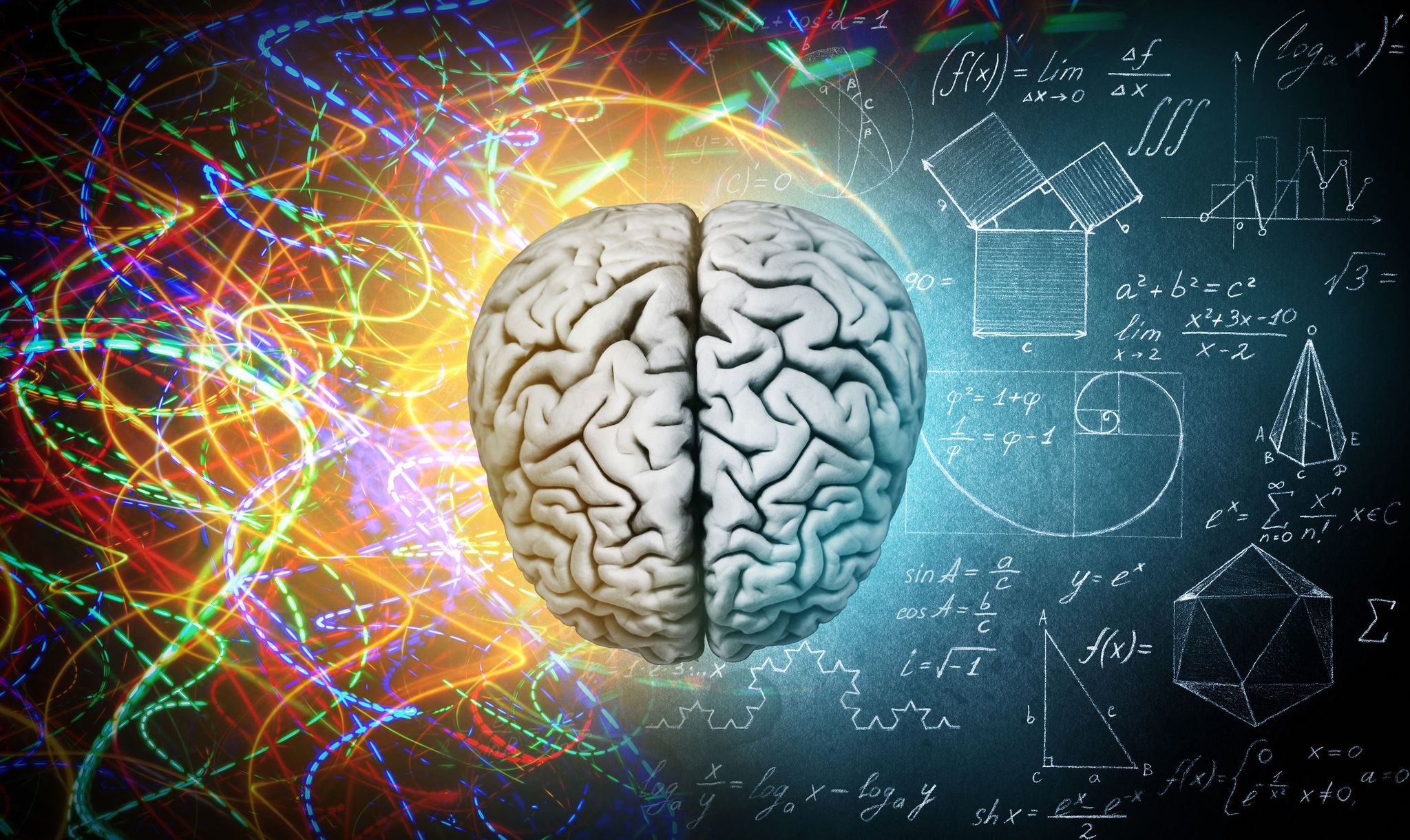 According to the stoned ape hypothesis from the 90s, the sudden growth of the early human brain was due to the consumption of psychedelic drugs.

Approximately 200,000 years ago, the early human brain evolved at an extreme rate, almost suddenly. What caused this major change?

Imagine Homo erectus, now extinct hominid species, who straightened up and became the first of our ancestors to go beyond the boundaries of one continent. About two million years ago, these hominids, some of whom eventually evolved into Homo sapiens, began to spread beyond Africa to Asia and Europe. On their way, they discovered the local flora, fauna, and when the fauna was not nearby – its feces.

But this is just one version of the original story widely accepted by scholars.

The ethnobotanist and psychedelic supporter Terence McKenna, in his book Food of the Gods: The Search for the Real Tree of Knowledge, stated that Homo erectus evolved into Homo sapiens due to encounters with “magic mushrooms” that contained the psychedelic psilocybin. He called it the stoned ape hypothesis.

Chronology of the theory

McKenna argued that psilocybin caused a rapid reorganization of the primitive brain’s ability to process information. This, in turn, triggered the rapid evolution of cognitive abilities, which led to the emergence of early art, language, and technology.

As early humans, he says, we “ate our way to higher consciousness“ by consuming these mushrooms, which he assumed were growing on animal dung. Psilocybin, he said, “pulled us out of the animal mind into the world of articulated speech and imagination.”

When human cultural evolution led to the domestication of wild livestock, humans began to spend a lot of time around animal droppings, McKenna explained. And because psilocybin mushrooms often grow on cow excrement, “the human-mushroom interspecies codependency has intensified and deepened. It was during this time that religious rituals, calendaring, and natural magic were born.”

McKenna, who died in 2000, passionately believed in his hypothesis, but during his life, it was never seriously considered by the scientific community. Rejected as overly speculative, McKenna’s hypothesis now only appears in online communities and psychedelic Reddit pages.

However, speaking at Psychedelic Science 2017 – a scientific conference on psychedelics that brings together scientists, doctors, and artists who believe in the therapeutic potential of these drugs – rekindled interest in the theory. Paul Stamets, a renowned mycologist who studies psilocybin, supported the stoned monkey hypothesis with his speech “Psilocybin Mushrooms and Mycology of Consciousness.”

“I’m presenting this to you because I want to bring back the concept of the stoned ape,” Stamets told the crowd. “It is very important that you understand that 200,000 years ago, the human brain suddenly doubled in size, and there is no explanation for this sudden change in the human brain.”

Doubling, which he talks about, refers to a sudden increase in the size of a person’s brain.

Some anthropologists believe that the brain size of Homo erectus doubled between 2 million and 700,000 years ago. At the same time, the volume of the brain of a Homo sapiens in the period between 500 thousand and 100 thousand years ago increased threefold.

Outlining the mindset of the stoned monkey hypothesis that McKenna and his brother Dennis formulated, Stamets depicted a portrait of primates that emerged from Africa, travel across the savannas, and stumble upon “the world’s largest mushroom growing on animal droppings.”

“I think this is a very, very plausible hypothesis explaining the sudden evolution of Homo sapiens from their primate cousins,” Stamets said.

Isn’t it time to take the stoned ape hypothesis seriously? This will require applying our advances in scientific research to psilocybin, recent archaeological discoveries, and our vague understanding of the nature of consciousness, and then fitting it all into our current understanding of human evolution.

Alternative opinions on how the human brain doubled in size

We need to start with common threads between McKenna’s view of the development of consciousness and other more mainstream theories, including the conventional wisdom that it has evolved over thousands of years and that speech has played a central role in its evolution.

But Lockley, the author of How Humanity Came to Be, has one claim to McKenna’s reasoning: the stoned ape hypothesis postulates that our ancestors became conscious as a result of drug intoxication, but agreeing with it also means agreeing that the emergence of consciousness had one and only reason. Most scholars, including Lockley, think it was far from easy.

Consciousness is a very complex thing that we are just beginning to understand. In general, anthropologists agree that this function of the human mind is associated with receiving and processing information that has evolved over millennia of natural selection.

The state of consciousness includes awareness of many qualitative experiences: sensations and feelings, nuances of sensory qualities, and cognitive processes, such as evaluative thinking and memory.

In 2016, scientists demonstrated consciousness lives in the brain by discovering the physical connection between the zones responsible for arousal and awareness.

McKenna’s theory links the entirety of this complex phenomenon to a single impulse. In his view, psilocybin mushrooms were an “evolutionary catalyst” that rekindled consciousness, prompting early humans to engage in experiences such as sex, rapprochement, and spirituality. Most scholars would argue that McKenna’s explanation is overkill – and probably naively simplistic.

But if the process was not started by psychedelic mushrooms, then what?

Michael Graziano, Ph.D., a mind-studying professor of psychology and neuroscience at Princeton University, has not heard of the stoned ape theory but agrees that the evolution of human consciousness is somehow related to the formation of communities. He argues that the brain had to develop the ability to understand subjective experiences in order to serve social needs.

Since it was evolutionarily beneficial to possess high social intelligence, it is reasonable to believe that consciousness arose as a survival tactic.

“It is possible that consciousness began as a tool for observing, understanding and predicting the behavior of other creatures, and then we turned this skill inward, to observe ourselves and model ourselves,” says Graziano. “Or maybe consciousness arose much earlier when the basic focus of attention first arose, and it is associated with the ability to focus the brain’s resources on a limited number of signals. It happened in the early stages of evolution, probably half a billion years ago. “

The theories of anthropologist Ian Tattersall, a researcher at the American Museum of Natural History, have nothing to do with psychedelic mushrooms, but they, like the stoned ape hypothesis, emphasize socialization.

In his 2004 work, What Lied at the Beginnings of Human Consciousness, Tattersall argued that self-awareness was born when early man learned to perceive himself as separate from nature and became able to evaluate and express thoughts within his mind. The language developed shortly thereafter, followed by modern human cognitive abilities.

The question the anthropologist has no answer to (and McKenna does) is when did this key transitional moment take place?

“Human evolution is a terribly complex process in which several factors played a role,” says archaeologist Elisa Guerra-Doce. Her research on drug use in prehistoric times reveals how early humans used mind-altering drugs for ritual and spiritual purposes.

Despite the fact that Elisa saw traces of the opium poppy in the teeth of people of the Neolithic era, ancient charred hemp seeds, and even abstract drawings on the walls of a cave in the Italian Alps, depicting how a person consumes hallucinogenic mushrooms, she does not agree with the hypothesis of a stubborn monkey.

“From my point of view, McKenna’s hypothesis lacks direct evidence — that is, any evidence of early Homo sapiens eating hallucinogenic mushrooms,” she says. “He refers to the rock paintings on the Algerian Tassilin-Ajer plateau, where there are several images of mushrooms, but we must not forget that these drawings date from the Neolithic.”

The psilocybin effect on the brain

If the scientific facts behind McKenna’s hypothesis are not very solid, what value does it have in the search for the origins of human consciousness?

At its best, the stoned ape hypothesis is, as Stamets says, an “unprovable hypothesis” that fits some – but not nearly all – of the knowledge we have about the evolution of consciousness.

However, McKenna is credited with starting an idea back in the 1990s that scientists have only recently been able to prove: psilocybin can cause physical changes in the brain.

In recent years, researchers have found that psilocybin induces a state of “unrestricted cognition,” triggering a pronounced wave of activity in a primitive part of the brain – an area associated with emotional responses.

Psilocybin enhances coordination between the parts of the brain associated with emotion and memory, creating patterns of brain activity similar to those seen in a sleeping person who is dreaming.

At the same time, the part of the brain that controls higher-level thinking and is associated with the sense of self becomes disorganized, which is why some people who take psilocybin feel a loss of “self”, as a result of which they feel more part of the world than part of their own. body.

Despite the gaps in McKenna’s scientific logic, Amanda Fielding, founder, and director of the Beckley Foundation, a major center for psychedelic research, says we must look beyond McKenna’s mistakes and see his greatest idea that human history is inseparable from our addiction to psychedelic drugs.

Even if an early man discovered psychoactive substances closer to the Neolithic period, the experience of entering a state of altered consciousness, in her opinion, changed human society for the better.

The stoned ape hypothesis is lost in the annals of marginal science, but some of its legacies have survived.

Now that scientists have a better understanding of how psilocybin affects the brain at the physical level, they can seriously investigate its potential to treat disorders such as substance abuse, anxiety, and depression.

If that happens – and it looks like it does – psilocybin will become part of mainstream culture as a vehicle for positive change. Was this what McKenna ultimately advocated for?

Maybe we’ll never know how magic mushrooms helped early humans. But there is no doubt that they are contributing to the well-being of modern humans, which continue to follow their strange evolutionary path.

• Hess, P. (2017, May 15). Psilocybin Mushrooms are the Future of Psychiatric Treatment. Retrieved November 23, 2020, from https://www.inverse.com/article/31592-mushrooms-depression-anxiety-addiction

• McKenna, T. (1999). Food of the gods: The search for the original tree of knowledge: A radical history of plants, drugs and human evolution. London: Rider.

• Staff, S. (2014, May 12). Alcohol and drugs: Not just for modern man: ‘Anthropology of intoxication’ in prehistoric European societies. Retrieved November 23, 2020, from https://phys.org/news/2014-05-alcohol-drugs-modern-anthropology-intoxication.html 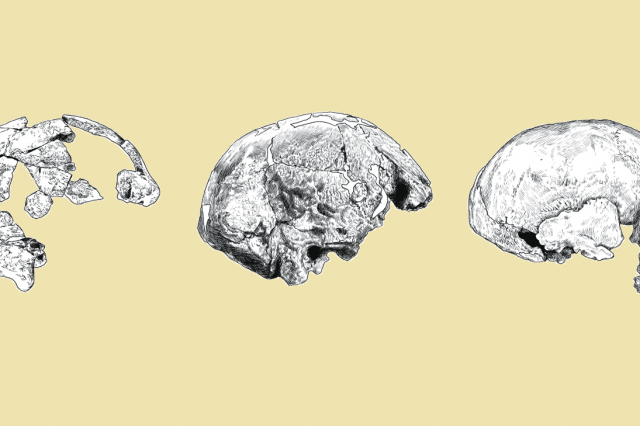 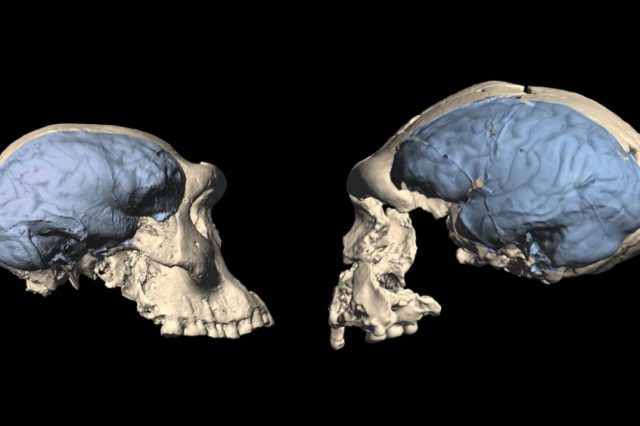 The Human Brain Evolved No More Than 1.7 Million Years Ago In Africa