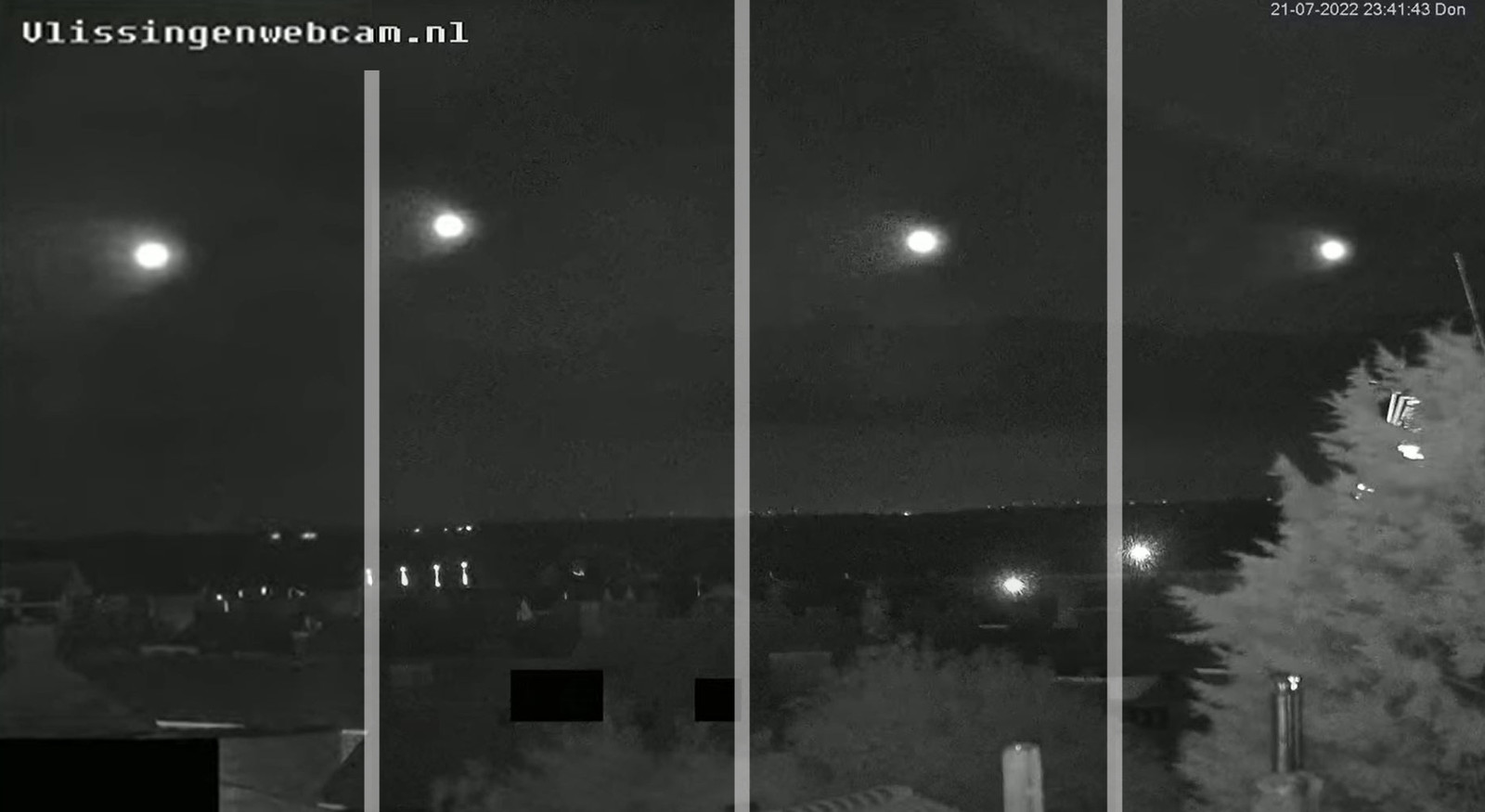 A massive bright light was filmed by several surveillance cameras flying over the sky of the Dutch city of Vlissingen, sparking a debate about Aliens.

Several surveillance cameras in the Dutch city of Vlissingen recorded a mysterious bright light as it made its way across the sky. The sighting has not yet been explained officially, and people in the Netherlands are convinced that what they have witnessed flying above their skies was, in fact, technology, not of Earth.

And there is no surprise if they indeed think that aliens just paid the Netherlands a visit. Much has been said about UFOS –UAP– in the last few months, and never has the subject been so popular as it is now.

Many declassified videos filmed by the military show objects performing strange maneuvers in the sky, flying at incredible speed, moving through the air almost without resistance, and then seemingly disappearing from sight.

The phenomenon that has people in the Netherlands speaking about aliens was recorded by the city’s surveillance web cameras on Thursday, July 21 (around 11:40 p.m. local time), filming what appears to be a sphere of white light moving through the sky from east to west.

“Aliens in the image of our new webcams? We got some messages that unexplained things were seen over Vlissingen, and indeed, our webcams picked up something….” Heel Holland Kijkt wrote in a tweet.

This opened the way to speculation among citizens, who proposed all kinds of explanations, from a meteor, through some kind of balloon, to an alien ship.

As for these options, astronomer Rijk-Jan Koppejan of the Philippus Lansbergen Public Observatory in Middelburg has ruled them out, even though he would like them to be aliens.

“These kinds of observations are always a cause for discussion. But I’m leaning more toward something controlled by humans, like a helicopter or a drone,” he said.

If this object was indeed a helicopter or a drone, we would probably have seen its night lights shining in different colors. The object seen in the videos shows one massive ball of light crossing the sky.

Several UFOs have been reported over the European skies in the last few weeks. UFOs flying in formation were sighted over Britain’s capital raising questions about the origin of the objects.

Another UFO sighting was recorded on film when surprised bystanders saw two fighter jets chasing what appeared to be a bright UFO.

The Pentagon has recently reformed its UFO office, changing its official name, and including in its objectives the study of transmedium UFOs.