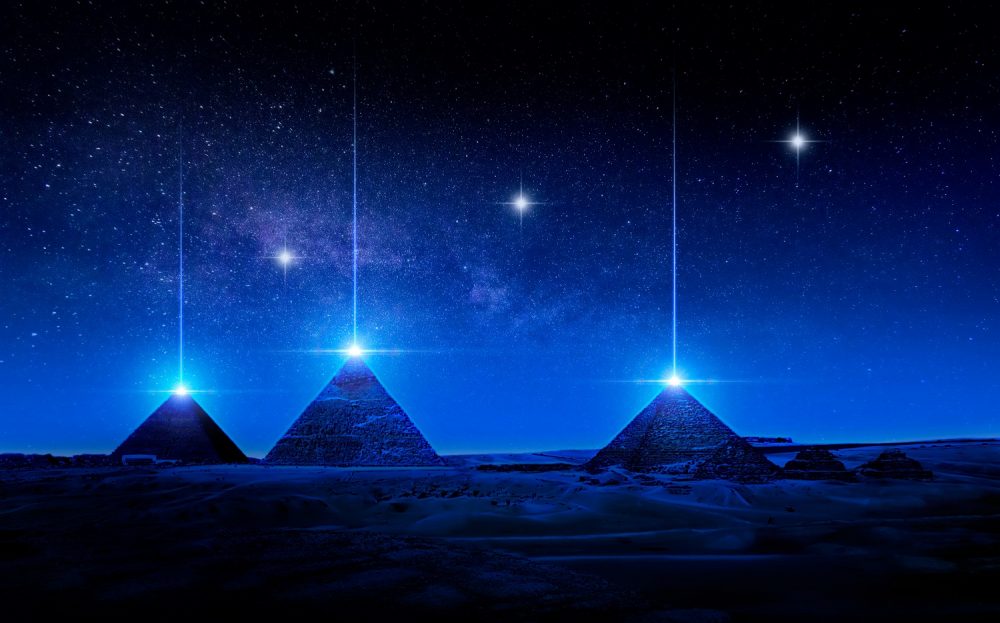 Allow me to introduce you to 'Out-Of-Place-Structures'. A Mystery in history.

One of the greatest and most amazing structure ever built by human hands lies n the Giza plateau in modern-day Egypt.

There, thousands of years ago, more precisely some 4,500 years ago, the ancient Egyptians completed what would become the most impressive monument in the history of man.

The Great Pyramid of Giza was commissioned by Pharaoh Khufu and built by Vizier Hemiunu, the man who oversaw the entire building process.

The builders transported massive blocks of stone from quarries located more than 800 kilometers away from Giza.

Somehow, they moved the blocks of stone right there where they wanted them to be and proceeded in building the pyramid, a process that supposedly took around twenty years to complete.

Scholars who have actively studied the pyramids and their surroundings have calculated that the ancient Egyptians used around  2.3 million stones weighing, on average, 3 tons to build the Great Pyramid.

Many of you may have heard about an out-of-place artifact (OOPArt.

For those who have not, an OOPart is an artifact of historical, archaeological, or paleontological interest found in an unusual context that challenges conventional historical chronology by being either “too advanced” for the level of civilization that existed at the time or showing “human presence” before humans were known to exist.

Many such artifacts have been ‘cataloged’ throughout the years. Many OOPart’s have been found on Earth. Some of the most famous artifacts are the Baghdad Battery, Antikythera mechanism, Piri Reis map, and the Stone spheres of Costa Rica, among many others.

Scholars argue that most purported OOPArts, which are not hoaxes, result from mistaken interpretation, wishful thinking, or a mistaken belief that a particular culture could not have created an artifact or technology due to a lack of knowledge or materials.

But what about structures on Earth? What about out of place buildings??

If there are such things as out of place artifacts, why can’t we look for out of place buildings, monuments, and structures that ‘hint’ at being either ‘challenging’ for historical chronology or too advanced for a civilization that existed at that period?

If we were to adopt such terminology and apply it to the Great Pyramid of Giza, then this ancient structure is definitely one that is out of place.

You have to admit that building the Great Pyramid of Giza is a once-in-a-lifetime achievement.

When we talk about precision, we can’t help but mention that the Great Pyramid of Giza also happens to be the only known eight-sided pyramid on the planet’s surface. The four faces of the Great Pyramid are slightly concave, making it the only pyramid to have been built this way.

The Great Pyramid of Giza is not just any kind of pyramid.

Yes, it is special due to its orientation and size, but it becomes even more magnificent when you consider that the pyramid can focus electromagnetic energy.

When you take into consideration that the builders of the Great Pyramid made suer erect one of the most precisely aligned structures on the planet, one of the largest structures man has ever seen, and one of the most advanced buildings erected thousands of years ago, you have to wonder what the purpose of such a monument was?

Was the Great Pyramid of Giza really built as a tomb to house the Pharaoh’s mummified remains?

After all, there are plenty of tombs that have been excavated from ancient Egypt that demonstrate how creative the ancient Egyptians were when they built and designed tombs for royalty.

The Great Pyramid of Giza lacks all of that. Doesn’t that bother you?

Furthermore, there has never been a mummy recovered from the pyramid.

As explained in previous articles, the mummified remains of King Khufu have never been found and are presumed to have been stolen from the Great Pyramid. But that’s just a theory.

His mummified remains may very well remain hidden from sight, in a burial chamber in a completely different part of Egypt.

But not only is the mummy missing from the Great Pyramid of Giza. Archeologists have not managed to find the mummies of Khafre and Menakure as well.

But more about the true purpose of the pyramid(s) can be found by looking at writings penned down by authors in antiquity.

One such example is the work of first-century BC historian Diodorus Siculus, who clearly writes:

When you read between the lines and look at the pyramid from a neutral and natural point of view, one that is not influenced by history, mainstream interpretations, and dogma, you begin to see that the structure we see as a mystery today has been just that thousands of years ago.

In the past, the Great Pyramid of Giza has fascinated authors of antiquity just as it fascinates us today.

It has caused admiration among experts in the past, just as it does today. But the opinions and views of ancient times were not as influenced by external factors as they are today.

Imagine that before scientists found that Giza’s pyramid can focus electromagnetic energy, you walked into a meeting of Egyptologists and said that the Great Pyramid was capable of just that.

What do you think their reactions would have been? Would they have embraced your ideas and theories?

Or would they hey have called you a lunatic?

Most likely, the latter.

When you finally come to understand that the more we learn about the pyramid means, the less we understand its complexity, you will then begin to open up to the countless mysteries surrounding this structure and start understanding that the Great Pyramid of Giza is more than just a massive tomb made out of millions of rocks.