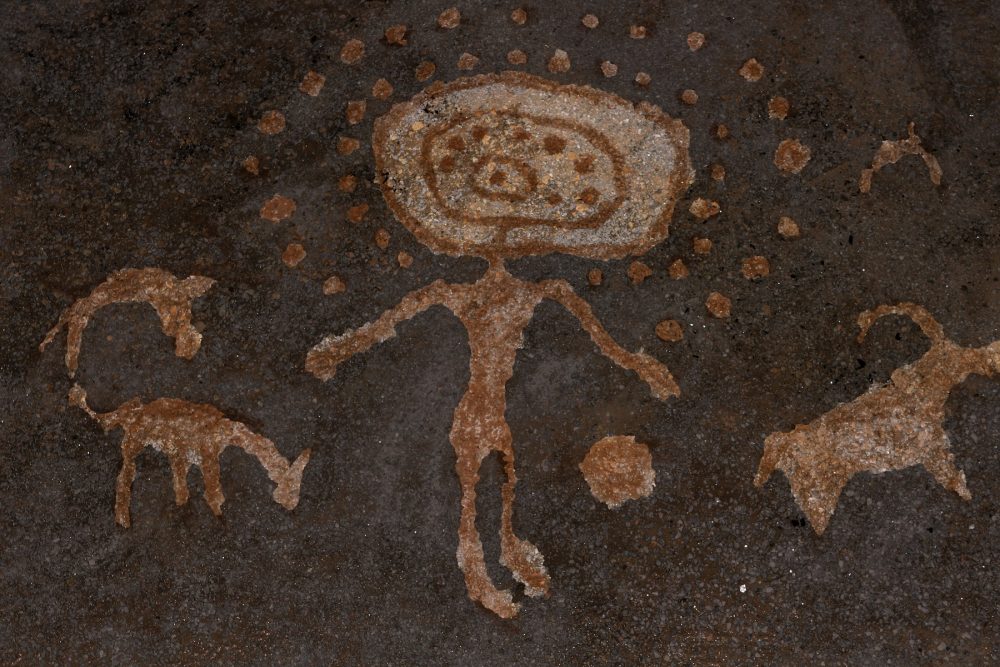 Ancient symbols painted in different caves around the world have been found to repeat consistently. Some of these symbols were drawn more than 40,000 years ago. Are they a long-lost code that eventually gave rise to human writing systems?

Tens of thousands of years ago, ancient people saw the necessity to leave behind them not only a legacy but a message written on stone through a combination of strange symbols.

Scattered throughout the world are curious pieces of ancient art in different caves. Some of them depict animals, some represent what seem to be galaxies, stars, and many caves are also home to depictions of strange humanoid beings.

But in addition to these ancient forms of art, caves around the world are filled with strange symbols.

According to experts, the first formal writing system we know can be traced back to the script invented some 5,000 years ago in present-day Iraq. In the ancient city of Uruk, archeologists have discovered clay tablets with scripture that is considered the very first writing system on Earth.

But how did these writing systems arise? Did they appear suddenly and abruptly? Or did they have a common background, perhaps?

Surely there must have been a source that would eventually give rise to writing.

What if the countless “doodles” that appear next to the ancient depictions of bulls, humanoids, spears, horses are a kind of code? A Kind of writing? What if these smaller geometric symbols are not random but were meant to convey a message written on stone tens of thousands of years ago?

A palaeoanthropologist from the University of Victoria in Canada, Genevieve von Petzinger, asked that question.

There must have been an initial time when ancient people first started doodling simple abstract signs. Von Petzinger wondered if the circles, triangles, and squiggles that early humans began leaving on the surface of cave walls more than 40,000 years ago represent a message, marking a special time in our history, the time when our ancestors perhaps unwillingly gave rise to the very first human code in our history.

The ability of humans to draw an abstract sign and give meaning to it is something no other creature on Earth can do and may very well be regarded as the foundation of our advanced culture today.

If this is really so, then perhaps the countless triangles, dots, lines, and circles found scattered across different caves follow a pattern. If this pattern exists, then perhaps we are looking at a kind of ancient code created by our ancestors tens of thousands of years ago.

To find out whether this code actually exists, the research set out to explore different caves.

Val Petziger visited more than 50 caves across Europe, including those found in France, Italy, Portugal, and Spain. All of the caves shared symbols like dots, squares, triangles, lines, and zigzags. More complex symbols included shapes such as hand stencils and penniforms.

It seemed as if for tens of thousands of years, ancient humans repeatedly drew the same symbols over and over again, something which suggests the etchings and doodles were of great importance to them. It is clear that these symbols were not drawn randomly, and there is consistency between them. It is a trend, a repeated tendency seen across vast distances.

Von Petzinger spotted these trends. Some symbols remained popular for thousands of years and then disappeared abruptly. For example, hand stencils were trendy, starting around 40,000 years ago, then disappear some 20,000 years later.

These changes in cave art may denote cultural changes taking place. Von Petzinger explained that 28,000 years ago, the so-called penniform symbols appeared in northern France. As cultures migrated, the symbol spread towards other more distant parts, possibly thanks to long-distance trade among ancient people.

As revealed by the palaeoanthropologist in the book The First Signs: Unlocking the mysteries of the world’s oldest symbols, modern humans used two-thirds of these signs when they first arrived in Europe. This suggests that as humans migrated from Africa, they brought a mental dictionary with different symbols.

This theory set forth by Von Petzinger seems to fit in with the discovery of 70,000 years of ochre etched with different symbols.

Analysis of the cave art across Europe revealed that our ancestors used at least 32 different symbols worldwide.

However, humans creating symbols and art cannot be traced back to people living on Earth 40,000 years ago. Earlier humans created such symbols, and the discovery of a zigzag etching on a shell on Java around 500,000 years ago is evidence of that.

This means that hundreds of thousands of years ago, ancient humans saw the necessity to etch symbols and different shapes onto walls and everyday objects.

But how do we know that the dots, lines, circles, and rectangles are a kind of early code? During Ice Age Europe, around 40,000 years ago, the research found several ancient symbols start appearing one alongside the other: hand stencils were drawn alongside dots.

Around 28,000 years ago, these symbols were joined by thumb stencils and other symbols, indicating that whatever the ancients drew was not a random form of doodling but perhaps a message left for future generations to see.

Whether or not these ancient symbols are a message painted on stone or something else is difficult to say. Without a time machine, we may never know that ancient humans were conveying with the symbols.

Nonetheless, South African archaeologist David Lewis-Williams has proposed that some of the stone age art, including the symbols, may have resulted from hallucinogenic trips, part of important ancient shamanic rituals.

Today, humankind combines letters to produce words and words to create sentences. Is it possible that our ancestors did the same through these “awkward” symbols we are finding in caves across the world tens of thousands of years ago?

What if ancient humans purposely drew different symbols to tell stories and convey messages tens of thousands of years ago? And what if these symbols are the very foundations of human writing?