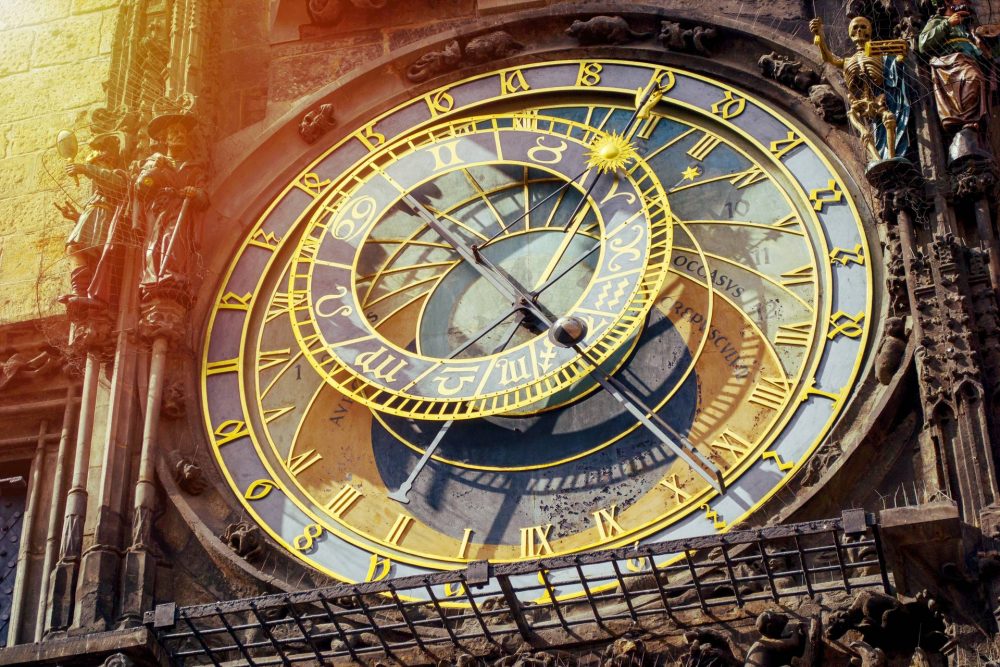 Wouldn't it be confusing to have hours of various duration throughout the different seasons?

Ancient Romans divided the day into daytime and nighttime but the way they measured time was different. The day consisted of twelve hours. Depending on the season, the duration of the hours varied from 45 minutes up to 1 hour and 15 minutes. Nighttime was also subdivided into twelve hours or four time intervals, in accordance with the changing of the guard.

How did Ancient Romans keep track of time?

The earliest Roman method of telling the time was through the use of a sundial. According to Pliny, the first public sundial was placed in 263 BC. It was brought to Rome from Sicily as a war trophy during the 1st Punic War and placed on the highest of the seven Roman hills – the Quirinale.

This ancient watch was used for about a hundred years, without anyone realizing that it incorrectly shows the time due to the difference in geographical latitude. In 164 BC, a correct clock was set at the Forum.

The Roman version of the sundial used to keep track of time consisted of a stele (gnomon), from which there was a shadow, and a solar meridian as a dial. The meridian was divided into twelve sectors of different lengths. Thus, the time was determined by the size of the shadow cast by the gnomon.

By the order of Augustus, the largest sundial of the ancient world, the Horologium Augusti, was built on the Champ de Mars. A 30-meter granite obelisk brought from Egypt was used as a gnomon. The dial diameter was 160 m.

With its cyclopean dimensions, it managed to tell time highly accurate. Later, it was damaged by flooding, and then finally destroyed by an earthquake. The obelisk was restored in another place in the 16th century from discovered remains.

The dial was restored from fragments found in the 18th century. Currently, the gnomon, known as the Obelisk of Montecitorio, is located in the square of the same name. In 1998, a new meridian was drawn on the square in memory of the imperial clock.

In Roman days, when clocks were not yet common, slaves had to run to the city center and report to their masters what time it was.

Later in Rome, small quadrants became widespread, which could be used in a similar way to a pocket watch. Of course, it made no sense to take them on the road outside of Rome, since the clock corresponded to the local latitude.

The disadvantage of a sundial was the ability to use it only on a clear day. The clocks, devoid of this shortcoming, were the water clock (clepsydra), which appeared in Rome in 158 BC.

Clepsydras were commonly used in the speeches of speakers if the duration of the speech needed to be limited. “Asking for clepsydra” meant asking for the floor. For example, the length of the speech in court was regulated, but if the speaker did not have enough time to present his arguments, he could ask the judge to add a clepsydra.

Pliny the Younger mentioned that at one of the processes he received an additional 4.4 clepsydras in addition to the voluminous 12 clepsydras. To make it clearer, 4 clepsydras were about an hour. That is, Pliny’s speech took about four hours.

The water clock could be both completely simple and intricate. Ancient Roman texts reveal details that some clepsydras were equipped with special mechanisms that emitted a loud whistle at a certain water level or throwing up any objects to remind people of the time.

In his series of works called “Natural History”, Pliny the Elder described the difficulties in calculating time in ancient times. The ancient Roman “Law of the Twelve Tables” mentions only two times of the day – sunrise and sunset. Later, noon was added to them.

In the service of the consuls, there was a special messenger, whose duties included, sitting on the roof of the Senate Curia, monitoring the position of the sun, and notifying who should be at the right time. While this does not sound like the greatest job to have in the ancient world, the Romans had a person for everything.