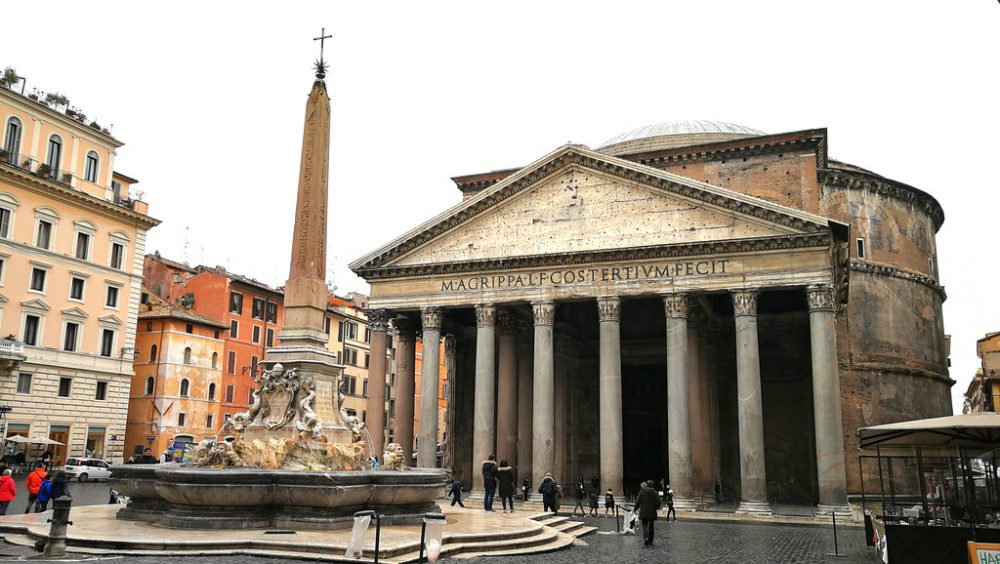 No other city in the world has as many Obelisks as Rome. Most of the ones that have survived modern days were brought as trophies from Ancient Egypt.

Ancient Egyptian obelisks are a hallmark of Rome. There is no other city in the Christian world that boasts as many as 13 monolithic granite obelisks. Eight of them were brought to Rome during the imperial era. The first was delivered by order of Octavian Augustus in 10 BC, and the last – by the will of the Roman emperor Constantius II in 357. In addition, the city has many copies made by the Romans themselves.

After the death of Cleopatra (30 BC), Augustus celebrated one of Rome’s greatest victories. A large part of his victory can be presented by the military trophies and symbols of the power of the pharaohs taken to Rome.

As a far-sighted politician, Octavian Augustus felt that obelisks could become part of his public propaganda, especially if the emphasis was on the fact that the obelisk, by the way, became a symbol of state wisdom. The taller obelisks were erected in prominent places – Circus Maximus, Circus of Maxentius, Vatican Circus, and Circus Variano.

Egyptian obelisks were transported by ship to the seaport of Ancient Ostia. Some monoliths were divided into sections and cataloged until a suitable place was found. The Romans were proud of the unusual granite stelae of that time.

This pride was put to an end by the numerous barbarian invasions: many obelisks were torn down and turned into pieces of unnecessary granite, and the weather and floods in Rome for centuries erased the memories of those glorious times.

Popes found another application of the preserved ancient obelisks: in the chaotic street planning in Rome, the obelisks serve as a landmark, located in the absolute center of squares or crossroads.

In addition, the symbolism that adorns their tops is qualitatively changing: from orbs and crosses to papal coats of arms. Thus, over time, the obelisks became a symbol of the rise of the Christian faith and man’s desire to draw closer to God.

The Lateran Obelisk is the oldest and tallest obelisk in Rome. The obelisk dates back to the second half of the 15th century BC, its height is 32.18 meters. Together with its base and cross at the top, the height of the obelisk reaches 45.70 meters.

It was brought from Egypt to Rome in 357 at the behest of the emperor Constantius II. Beforehand, it towered in the city of Thebes in the Temple of Amun-Ra during the reign of Pharaohs Thutmose III and Thutmose IV. The obelisk was brought to Rome and erected in the central part of the Circo Massimo.

The obelisk was brought to Rome from Egypt during the reign of Emperor Caligula in 37 AD. According to Pliny’s description, its origin is from Heliopolis. In Rome, it was installed in the center of the Circus of Nero. The obelisk remained in its place even after the desolation of the Circus, until the formation of a necropolis there, and later – the construction of the ancient Basilica of St. Peter.

In 1586, by order of Pope Sixtus V and under the direction of the architect Domenico Fontana, the obelisk was transported and installed in the center of St. Peter’s Square.

This is the very first Egyptian obelisk that the Romans brought from their conquests in 10 BC by order of Emperor Augustus. It towered in front of the entrance to the Temple of the Sun at the time of Pharaoh Ramses II in the city of Heliopolis and dates back to the 13th century BC.

The operation to transport the monolith was so ambitious that the ship carrying it was put on display in Rome for many years. In Rome, the obelisk was erected in the central part of the Circo Massimo, which was raised and served for decoration.

In 1589, by the decision of Pope Sixtus V, the obelisk was moved to the square (Piazza del Popolo) and installed by architect Domenico Fontana, and in 1823, architect Giuseppe Valadier included it in the complex of fountains decorated with lions. The height of the obelisk is 25 meters, and together with the pedestal and the cross at the top, its height reaches 36.50 meters.

The obelisk was brought to Rome from Heliopolis (Egypt) at the behest of Emperor Augustus in 10 BC. The obelisk was made in ancient Egypt in the 6th century BC during the reign of Pharaoh Psammetichus II.

In Rome, the obelisk was erected on the Champ de Mars, like a gnomon of a huge sundial, not far from the Piazza del Parlamento. By order of Pope Benedict XIV, the obelisk was dug up. It was found to be split into five pieces. Under the direction of the architect Giovanni Antinori, the obelisk was restored and in 1790 it was installed in Piazza Montecitorio.

In memory of the former use of the Egyptian obelisk, a globe with a hole was installed on its top, through which a sunbeam passes at noon and falls on a special mark on the ground. Despite the fact that at present, the obelisk, like a sundial, has lost its relevance, it continues to serve people in this capacity.

In 1711, at the behest of Pope Clement XI, the obelisk was erected on the square in front of the Pantheon. According to the project of the architect Filippo Barigioni, the obelisk was inscribed in the already existing fountain, which was completed earlier by Giacomo de Porta.

The obelisk was brought to Rome from Heliopolis (Egypt), along with the obelisks of the Pantheon during the time of Emperor Domitian. It was also installed on the Champ de Mars in front of the Temple of Isis.

The obelisk dates back to the reign of Pharaoh Aprius (VI century BC) and is the smallest Egyptian obelisk in Rome: its height is only 5.47 meters, but with the base, the elephant statue, and the cross at the top, it reaches 12.69 meters.

The obelisk was dug up from the Champ de Mars and in 1667 it was erected on the square in front of the church of Santa Maria Sopra Minerva on a very beautiful basement, the statue of the elephant holding the megalith, made by Ercole Ferrata was also added.

This Egyptian obelisk was also brought from the city of the Sun – Heliopolis. It decorated the temple of the sun god during the time of Ramses II.

In Rome, it was originally installed near the temple of Isis on the Champ de Mars. It was found in 1883 near Sant’Ignazio street, near the Santa Maria sopra Minerva church, restored and a few years later installed as a memorial monument to 548 Italian soldiers who died in the Battle of Dogali (Ethiopia) in 1885. Architect Francesco Azzurri further decorated the obelisk with a memorial niche.

Villa Celimontana is the ancient residence of the Mattei family in Rome. It became a public park in 1925 and the villa houses the headquarters of the Geographical Society of Italy.

The Mattei Obelisk is also known as the “Capitol Obelisk” because until 1952 it was located on the Capitol. The Egyptian obelisk was from the city of Heliopolis, where it was dedicated to the sun god Ra and belongs to the period of the reign of Pharaoh Ramses II.

In Rome, it was placed in the Temple of Isis and later moved at the foot of the temple of Santa Maria dell’Aracoeli. The obelisk was granted by the Roman Senate in 1528 to the Matei family for special merit.