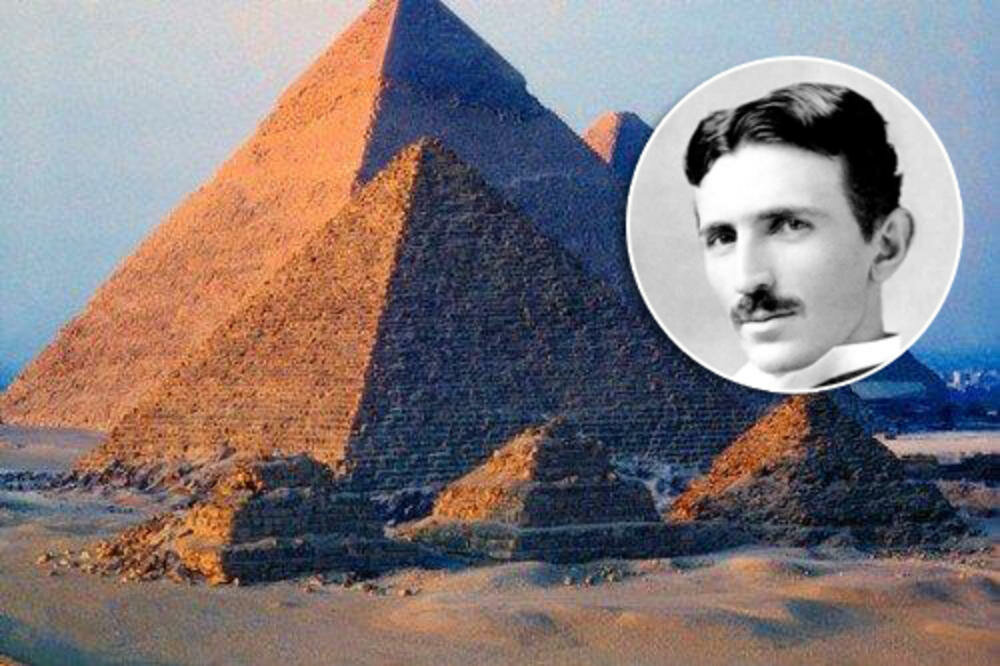 Why was Nikola Tesla obsessed with the ancient Egyptian Pyramids and how were they connected with his incredible studies and inventions?

He may be considered an absolutely insane scientist but his inventions changed the world and laid the foundations of the once-unimaginable technological advancements.

Besides the obvious patents and inventions we have all heard of, Tesla had many other interests that would surprise you, and one of his apparent obsessions was the Egyptian pyramids. Like many others, myself included, he believed that the ancient structures had a higher purpose.

His theory was that the Egyptian pyramids could be a powerful energy source and this coincided with several of his other ideas and projects about transmitting energy.

When it came to his opinion on the pyramids, he suggested that their location had much to do with their power.

Therefore, Tesla chose the locations for his experiments in accordance with where the pyramids were built.

These were his Colorado Springs Experimental Station and his Wardencliff Tower near New York. His plans were specifically built to test the possible wireless transmission of energy.

Not to mention his apparent interest in numerology. A lot has been said and written about his obsession with three specific numbers – 3,6,9. According to Nikola Tesla, these three numbers were the key to all knowledge in the universe.

Respectively, many have suggested and theorized that Tesla’s obsession was influenced by his other interest in pyramidal shapes and a universal mathematical language.

Little do we actually know about the exact construction of the pyramids, their real purpose, and whether they truly are a powerful energy source.

At the time of such reflections, it is easy to fall into various theories about ancient aliens.

Tesla claimed that aliens contacted him in the summer of 1899, when Nikola Tesla, sitting alone in his laboratory in Colorado Springs, was recording unusual rhythmic signals.

Then he described them as numbers. After recording radio signals from space, Tesla was convinced that these were attempts to establish a connection with Venus or Mars. Just a year later, the American Red Cross asked him what humanity’s greatest achievement would be in the next century.

“I recorded electrical signals that seemed inexplicable. They were weak and almost invisible, but they deeply assured me that soon all the people in the world would look up into the sky. The good news is that we finally got a message from another world.”

This was Tesla’s answer. In his article, Tesla described the problem of wireless communication at a distance. Light as a carrier of communication is completely impractical, and Tesla himself realized that energy was required much more powerful than that available to humanity.

On the other hand, radio communication requires much less energy and therefore is much easier to establish in practice.

“I will never forget that first feeling when I realized that I was observing something immeasurably important for humanity. The feeling that I am the first to hear greetings from another planet is constantly growing in me.”

Ratner, P. (2019, December 15). Why Nikola Tesla was obsessed with the Egyptian pyramids.