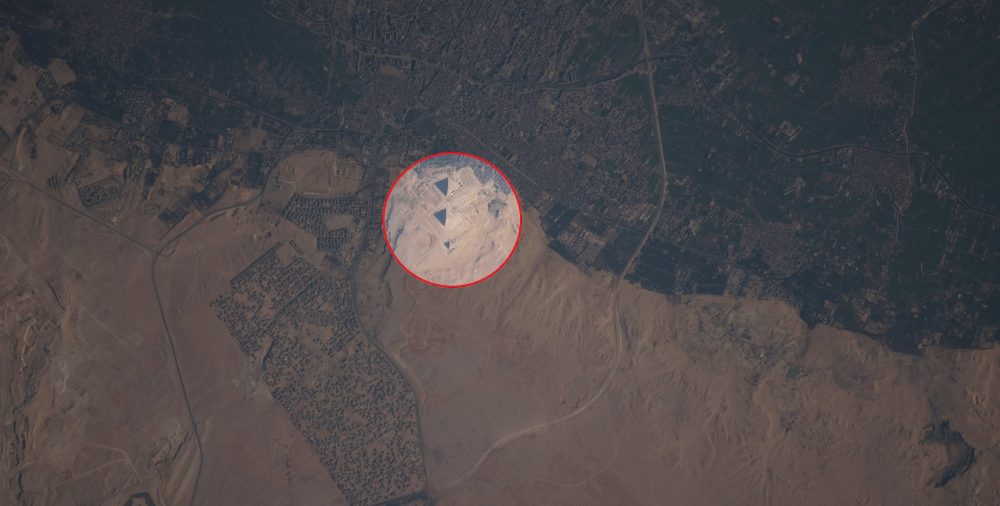 Here are three amazing aerial videos of the Giza plateau.

Let’s face it, for archaeology and history lovers, seeing ancient monuments such as the Sphinx or the pyramids is a unique and wonderful experience.

Examining these ancient structures up close feels almost as if one could travel back in time and witness the precise moments these ancient monuments were built. We can’t travel back in time, regrettably, so it’s impossible to know what these monuments looked like thousands of years ago. Nonetheless, we can witness remnants of their former glory by visiting various sites.

Within the ancient stones used in their construction are stories, myths, and legends embedded in their very core.

The monuments speak. Not literally, of course, but they do. They tell of a time when powerful ancient civilizations called our planet home. They were advanced in every sense, capable of the greatest achievements of mankind, and I’m not invoking aliens. Let’s face it, ancient civilizations such as the ancient Sumerians, Egyptians, Chinese, Mayas, and Aztec were all civilizations that were incredible astronomers, engineers and architects.

The stones speak and each stone has a story to tell.

Every single piece of rock that was quarried in ancient times in Egypt has a personal story to tell about the people that helped quarry it, transport it, and eventually place it into position, like a small part of a gigantic puzzle, in order to form some of the most impressive ancient monuments the world has ever seen.

These ancient stones are an encyclopedia of the ancient world. They are a long-forgotten poem from a time when powerful kings ruled over the golden sands and fertile Nile River. These stones—some of which weigh more than 20 tons—can be seen as a time capsule that leads us into the very heart of ancient Egyptian monuments.

Yes, seeing the Sphinx up close is a chilling sensation. Standing in front of the massive pyramids at Giza is unforgettable.

Nonetheless, a person can’t nearly appreciate all of what these ancient monuments have to offer by standing in front of them.

It’s because they are truly gigantic in nature.

Take for a starting point the Great Sphinx at Giza.

The gigantic statue depicting a body of a lion, and the head of a man is unique of all the other statues on the surface of the planet. A Monolith carved out of the bedrock of the Giza plateau, the Sphinx measures 73 m (240 ft) long from paw to tail, 20 m (66 ft) high.

Shrouded in mystery, the statue which was once believed to be an ancient god has stood watch over the sands of Egypt for so long that history itself can’t remember it.

Engulfed in silence, the Sphinx was buried beneath the surface for most of antiquity.

Times went by. Pharaohs came and went. Monuments were built. Egypt changed, and so did the landscape and the stars above it. Just how long the Sphinx has remained within the u-shaped trench it sits today remains a mystery no one can solve with certainty.

A statue out of time and place, the Sphinx has been regarded by many experts as a monument that even predates the ancient Egyptian civilization.

Its function, just as its origins remain a complete mystery. Despite the fact that the ancient Egyptians were excellent record keepers, not one ancient text, symbols or clue has been found that tells us when, why, and how the Sphinx was carved.

There is nothing, absolutely nothing, zero, nada that mentions the Sphinx and its exact date of construction.

Gaston Maspero, the French Egyptologist and second director of the Egyptian Museum in Cairo believed the Sphinx to be “the most ancient monument in Egypt”.

He may not have been wrong despite mainstream scholars saying the Sphinx is no older than the fourth dynasty reign of Khafre.

The Pyramid of Cheops and the Sphinx, photograph by Antoine Beato ca. 1880. Shutterstock.

Egyptologist E. A. Wallis Budge agreed that the Sphinx predated Khafre’s reign, writing in The Gods of the Egyptians (1914): “This marvelous object [the Great Sphinx] was in existence in the days of Khafre, or Khephren and it is probable that it is a very great deal older than his reign and that it dates from the end of the archaic period [2686 BC].”

The little information we do know about the Sphinx is mostly modern archeological guesswork.

We know that at some unknown time in history, the Giza Necropolis was abandoned, and the Sphinx and other monuments were eventually buried in the sand. The first supposed excavation of the Sphinx is believed to have taken place around 3,400 years ago when Pharaoh Thutmose IV managed to excavate the statue partially.

Ramesses II the Great is thought have restored the Sphinx around 1,213 BC.

However, just as the Sphinx is engulfed in mystery, so are the massive pyramids at Giza.

These, according to mainstream experts, date back to the Fourth Dynasty reigns of (primarily) Khufu, Khafre, and Menkaure.

The first pyramid at Giza is thought to have been the Great Pyramid. Mainstream scholars argue that it was built no more than 4,500 years ago when a young Pharaoh Khufu succeeded his father, King Sneferu, to the throne.

The pyramid is said to have been built in no more than 20 years, during which the builders made us of approximately 2.3 million blocks of stone, some of which weigh more than 30 tons, in order to form a massive structure with a total volume of 2,583,283 cubic meters (91,227,778 cu ft), weighing approximately 6.5 million tons.

The massive pyramid which once stood 146.7 meters (481 ft) in height remained the tallest manmade structure on the surface of the planet for more than 3,800 years.

Two other pyramids were built in Giza. According to mainstream Egyptologists, the second pyramid erected at the Giza plateau was the pyramid of Khafre.

Khafre’s pyramid is thought to have been Egypt’s last truly gigantic pyramid.

Menkaure succeeded Khafre to the throne and also built a pyramid at Giza. His pyramid, however, is much smaller and signalizes a lesser form of pyramid building.

Menkaure’s pyramid is smaller in terms of volume even than Egypt’s first pyramid—the Step Pyramid of Djoser.

It now stands at 61 m (204 ft) tall with a base of 108.5 m. Experts agree that the exact age of the construction of Menkaure’s pyramid remains unknown since Menkaure’s reign has not been accurately defined, despite experts indicating it was completed no later than the 26th century BC.

Although Egyptologists claim that the pyramids of Khufu, Khafre, and Menkaure served as tombs for the kings, the mummies of the Pharaohs have never been found.