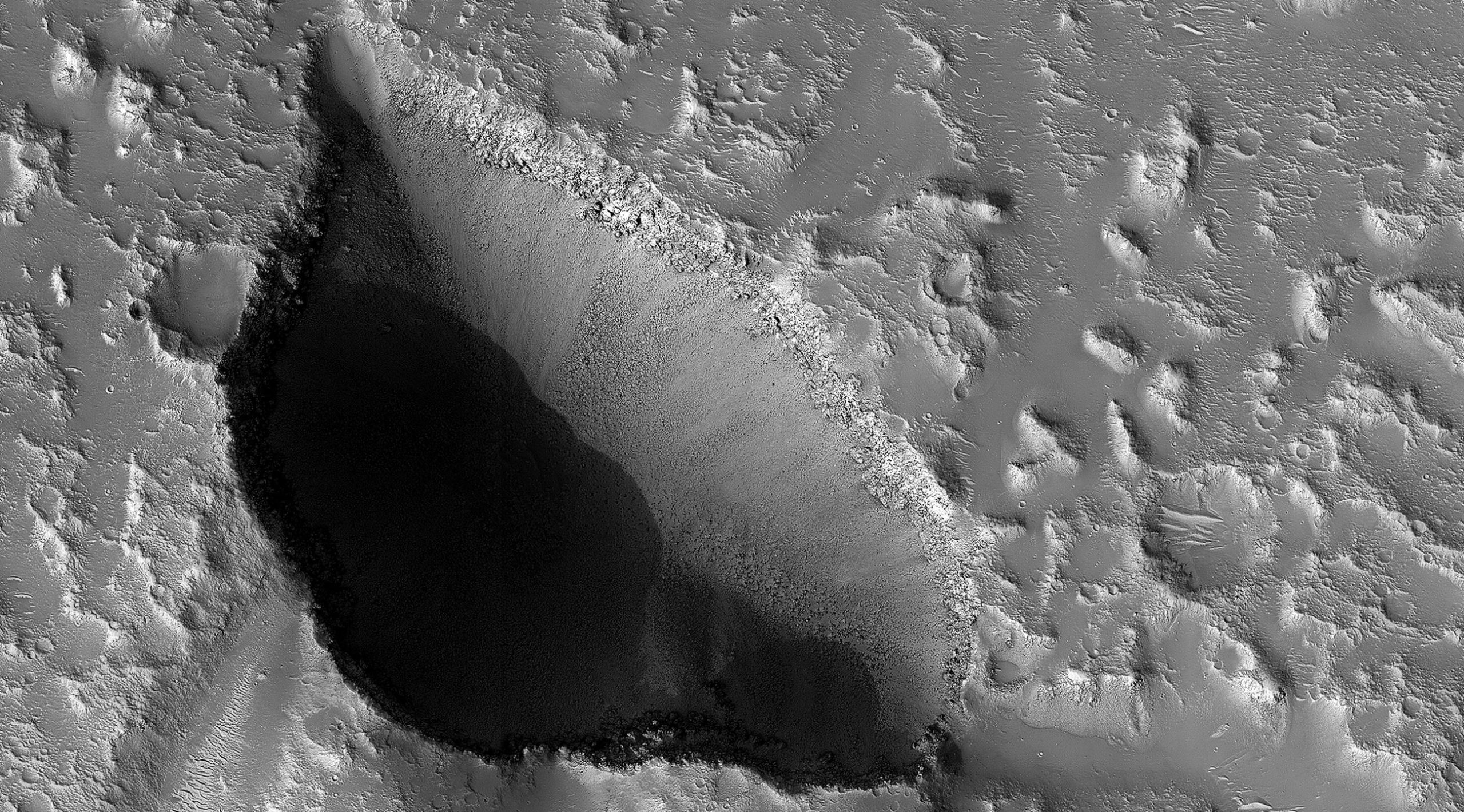 The presence of subsurface water ice in these pits makes them suitable candidates for settling humans in the future.

Mars is the closest planet to Earth. Although we long believed the red planet is a barren world and was such a world since its existence, exploratory missions such as Curiosity, Opportunity, and now Perseverance have suggested otherwise.

Billions of years ago, Mars was different.

In the distant past, when Earth was forming to become this heaven for life in the solar system, Mars was home to vast oceans, long river systems, and lakes. In fact, at the time, Mars could have been very similar to the Earth we live on today.

But since then, things have changed, and the red planet was stripped of its atmosphere and, consequently, its liquid water.

Mars may even have developed life, perhaps not intelligent life, but some life may have existed on its surface.

Today scientists are inclined to believe this is likely, but we still have not found the ultimate proof that this was the case.

We might find it in the near future, as more missions travel to Mars and as humans finally set foot on a planet other than Earth.

And while we eagerly await this historic moment, missions like the Mars Reconnaissance Orbiter are paving the way for humans on Mars.

It does so by exploring the surface of the red planet from orbit in incredible detail, snapping thousands and thousands of high-quality images of what’s down there.

Channel flow is indicated to the north by streamlined forms separating the channels.

There appears to be an elongated pit approximately 1800 meters long and 1125 meters wide where the channels terminate. Based on the shadow cast by the wall on the pit floor, we can estimate the pit’s depth at nearly 500 meters.

The pit is overlain by sediments and reveals a bouldery layer below the dusty surface mantle. The slopes down into the pit are littered with boulders several meters in diameter.

Considering that pits such as these may retain subsurface water ice that future long-term human settlements could use, they are potential landing sites for human exploration.
These pits could be used to create settlements from which we could explore the Martian surface.

Such pitas are excellent candidates for us to explore with feature missions because they could provide future astronauts with the necessary elements, most importantly water, to survive on the Red Planet.

But in addition to providing what is the most important element for life as we know it, the pits could also offer natural shelter for the settlements on the surface.