The ancient Sumerian astronomer is believed to have carried out trigonometrical measurements detailing the object's flight path in the sky as well as the probable impact site.

Around 3,000 BC, an ancient Sumerian astronomer was observing the sky as he usually would. While he was making observations, he wrote down the planet’s position and other astronomical data on a clay tablet, a star map.

But this time, the sky was different. He noticed that something in the sky wasn’t there before.  It was bright, and it was moving.

A 5,100-year-old clay tablet discovered in the 19th century in the underground library of King Ashurbanipal in Nineveh is an astronomical treasure. The ancient “document” excavated in present-day Iraq by Sir Henry Layard offers unprecedented insight into astronomical observations that took place more than 5,100 years ago in ancient Mesopotamia.

The object is held at the British Museum and cataloged as artifact No. K8538, and it is an ancient star map. The artifact was translated over ten years ago with computer software that helped scientists simulate trajectories and reconstruct the night sky thousands of years ago. This allowed experts to understand its significance and reveal a message written by ancient skygazers.

The translated clay tablet tells how an ancient Sumerian astronomer observed a massive asteroid approaching Earth on 29 June 3123 BC. It smashed through our planet’s atmosphere and made its way to the surface.

But the clay tablet is so much more than just a map with a drawing of constellations and their names. It offers incredible data that has never before been seen by experts. One side of the clay tablet describes several cosmic bodies’ positions in the night sky and the weather conditions of the time. The other half of the clay tablet refers to the “white stone bowl approaching from the sky…”

The Sumerian astronomer not only described the object but managed to make a note of the object’s trajectory relative to the stars, and he did so with amazing precision; experts say that the trajectory of the asteroid was recorded with an error of less than one degree.

This allowed modern scholars to stimulate the trajectory of the space rock and conclude that it most likely impacted Europe. In fact, experts believe that the asteroid described by the Sumerian astronomer may have struck in Kofels, Austria. Based on the data etched on the clay tablet, experts believe that the space rock witnessed by the Sumerian astronomer was most likely around one kilometer in diameter.

Data written on the star map offers clues as to why there are no impact craters of the object; the asteroid’s incoming angle was very low, as low as six degrees.

This tells us that the space rock may have actually clipped a mounting on its way forward—this was probably the very summit of Gamskogel—which caused the asteroid to disintegrate before reaching the surface. This impact produced extremely high pressure, which essentially pulverized the space rock. 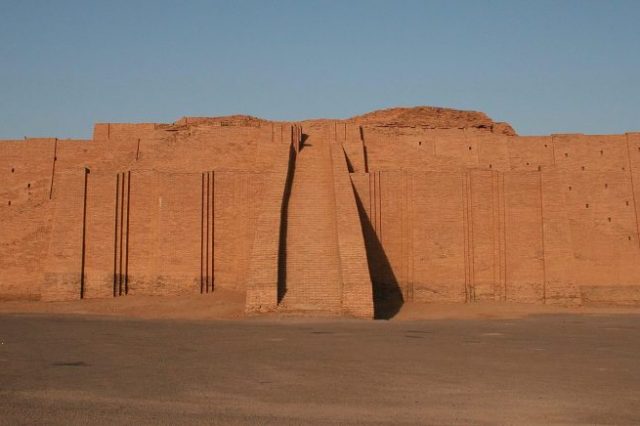