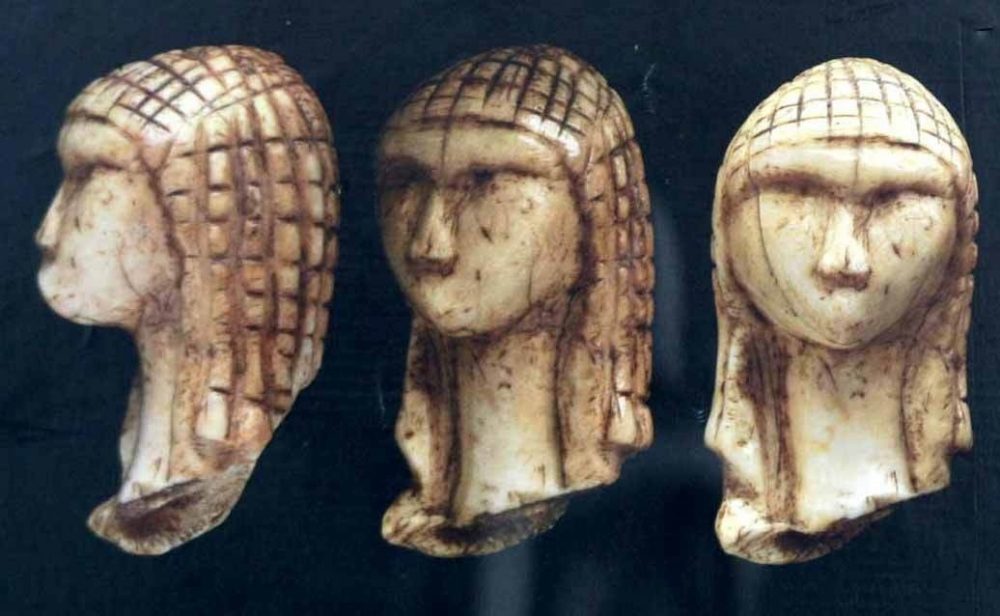 Carved some 25,000 years ago, the figurine is believed to feature the oldest realistic depiction of the human face.

It is called the Venus of Brassempuy, and it is, without a doubt, one of the most amazing figurines ever discovered not only because of its beauty but because of its meaning.

Thought to have been carved around 25,000 years ago, the strange yet beautiful figurine was discovered in France in 1892. A consequent analysis revealed the figurine dated back to between 23,000 to 26,000 years.

It is so old that experts claim it is the earliest known realistic representation of a human face, one of the main reasons it is so important.

The figurine was discovered in southwest France, in a cave near the village of Brassempouy. There are two caves near Brassempouy. The two caves–Gallery of the Hyenas and Pope’s Cave–are among France’s earliest explored Paleolithic caves.

The figure was found in Pope’s Cave in 1894, together with eight more human figurines, which may have been examples of still unfinished works.

The Venus of Brassempouy was carved from mammoth ivory, and as noted by archaeologist Paul Bahn, the head is “unsexed, although it is usually called a ‘Venus’ or a ‘lady.'”

Having a triangular-shaped face, the head of the figurine measures 3.65 centimeters high, is 2.2 centimeters deep, and is 1.9 centimeters wide.

The ancient artists who created the figurine did so in great detail. The figurine’s mouth is absent even though the forehead, nose, and brows are carved in relief.

The hair of the figurine is another intricate but strange detail. The artist created a checkerboard-like pattern that was meant to illustrate either the figurine’s hair or a hood with curios, geometric decorations.

According to researcher Randall White, writing in the Journal of Archaeological Method and Theory (December 2006), “The figurines emerged from the ground into a colonial intellectual and socio-political context nearly obsessed with matters of race.”

Experts argue that given the figurine’s facial representations, and although they are quite realistic, the proportions of the head of the Venus of Brassempouy do not seem to correspond to any known human population of the present or past.

The figurine is more or less contemporary with the other Palaeolithic Venus figurines, such as Lespugue, Dolní Věstonice, Willendorf, etc.