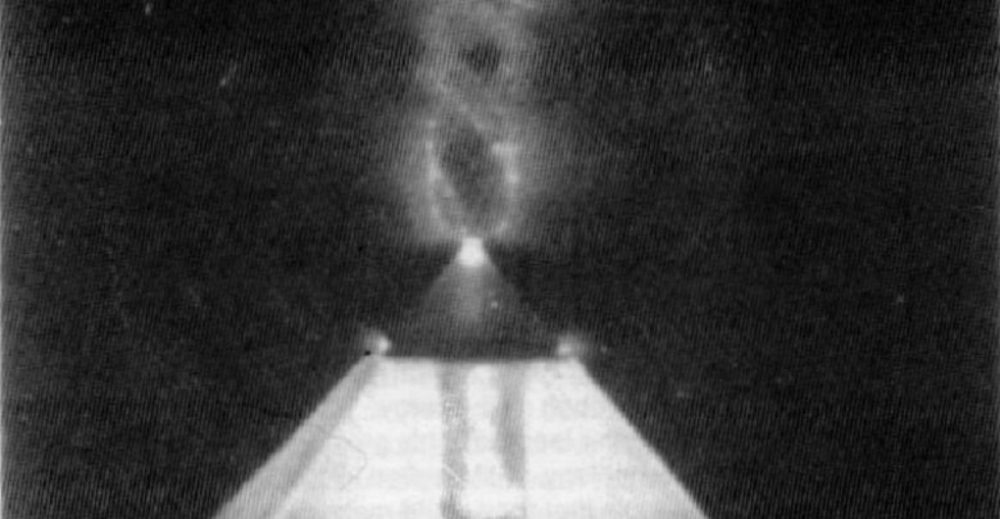 "The chambers of the pyramid act as resonators, concentrating electromagnetic energy inside them. The study also found that the pyramid as a whole focussed radio waves from above into a region just below the ancient monument."

The Great Pyramid of Giza is a striking ancient structure for more reasons than one. In addition to its incredible age—some say it even predates the Egyptian civilizations—, its massive size, incredible precision, and alignment. A study published not long ago revealed another amazing characteristic of a monument I like to call ” the pyramid of Pyramids.”

A study published in the Journal of Applied Physics reveals that the Great Pyramid can focus electromagnetic energy throughout its internal and subterranean chamber. The study, titled “Electromagnetic properties of the Great Pyramid: First multipole resonances and energy concentration,” can be accessed here.

The origins of the Great Pyramid of Giza can be traced back to a time before the pyramid was even envisioned by its architect, Hemiunu.

According to Egyptologists, the very start of the Egyptian pyramid building can be traced back to the Third Dynasty Reign of King Djoser. Some 4,700 years ago, the Pharaoh commissioned his royal architect and Vizier to go to the Royal Necropolis of Saqqara and build a monument unlike anything ever built in the history of Egypt.

Djoser’s revolutionary project changed Egypt in more ways than one. Not only did the Step Pyramid Complex change Egyptian architectural forever by introducing the first colossal stone building in Egypt and the earliest large-scale cut stone construction, but it introduces the pyramid as a revolutionary new monument, one that would be further evolved after Djoser, eventually resulting in the construction of the Great Pyramid of Giza.

The Step Pyramid is thought to have been built in no more than nineteen years, which means that unlike many other pharaohs, Djsoer actually managed to see his project complete in his lifetime.

Although we would expect a long line of Step Pyramids to follow Djoser’s, Egypt’s next pyramid was built generations after Djoser, during the Fourth Dynast reign of the greatest pyramid builder in Egyptian history, Pharaoh Sneferu.

The founder of the Fourth Dynasty is credited for building three large pyramids; one at Meidum and two at Dahshur. If Sneferu did build all three pyramids, then this would mean that his pyramids alone contain more than 3.5 million cu. meters of stone. All the other pyramids of Egyptian Kings combined contain only 41 percent of the total mass of the pyramids of Sneferu, his son Khufu and grandson Khafre. Although Menkaure still used multi-toned stone books for his pyramid, in terms of total mass, the third-largest pyramid of Giza has less mass than Djoser’s Step Pyramid.

Sneferu’s pyramid directly influenced the future of pyramid building techniques in Egypt and greatly contributed to the planning and construction of Egypt’s Great Pyramid.

It is the only pyramid in existence that has both ascending and descending passages, and its the only known—officially confirmed—eight-sided pyramid in Egypt. Its precision and alignment is unparalleled. I. E. S. Edwards, an English Egyptologist, explained the pyramid’s eight sides in his 1975 book The Pyramids of Egypt:

“In the Great Pyramid the packing-blocks were laid in such a way that they sloped slightly inwards towards the center of each course, with a result that a noticeable depression runs down the middle of each face — a peculiarity shared, as far as is known, by no other pyramid.”

In terms of size, the pyramid is a monstrous monument. It is estimated that the Great Pyramid of Giza was built with approximately 2.3 million blocks of stone and has an estimated total weight of around 6.5 million tons.

Although today we see the core of the pyramid, the monument was covered by extremely polished white limestone casing stones in ancient times. Scholars estimate that more than 144,000 casing stones were used to cover the entire pyramid.

The Electromagnetic Properties of the Great Pyramid

While the pyramid’s size is truly awe-striking, and its precision remained unparalleled for a monument built thousands of years ago, what is perhaps even a greater fact is the Great Pyramid’s Electromagnetic properties.

The study detailing the energy concentration of the pyramid and its electromagnetic properties was polished in 2018 (accepted in the journal in June 2018) by scientists from the Department of Nanophotonics and Metamaterials, ITMO University, St. Petersburg, Russia, and the Laser Zentrum Hannover, Germany.

Most incredibly, scientists first modeled the pyramid as a solid limestone structure that had no internal chambers.

Then, they looked at how the presence of chambers would affect the propagation of radio waves. Their simulations predict that the chambers of the pyramid act as resonators, concentrating electromagnetic energy inside them.

The study also found that the pyramid as a whole focussed radio waves from above into a region just below the ancient monument.

The study eventually revealed a fascinating feature of the pyramid that had remained unnoticed until now: “It is revealed that the Pyramid’s chambers can collect and concentrate electromagnetic energy for both surrounding conditions. In the Pyramid case on the substrate, at the shorter wavelengths, the electromagnetic energy accumulates in the chambers providing local spectral maxima for electric and magnetic fields.”

The researchers explained that “basically, the Great Pyramid scatters the electromagnetic waves and focuses them into the substrate region.”