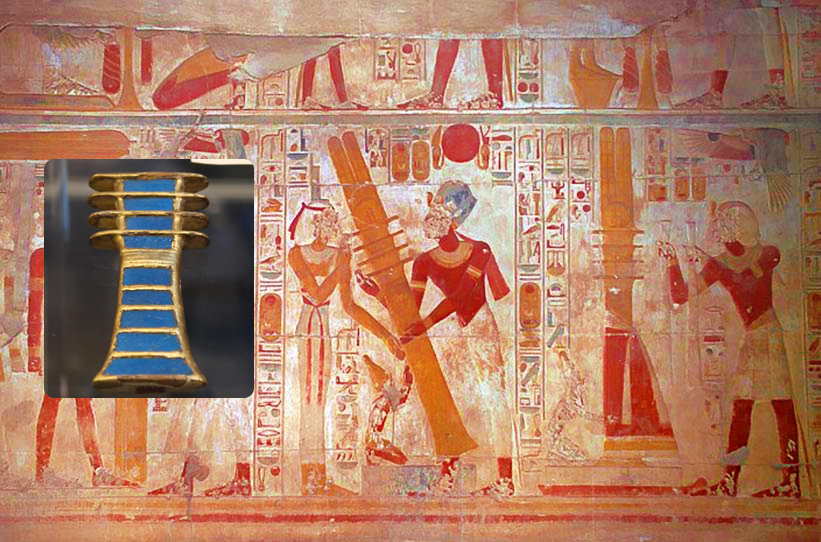 What if, for the sake of discussion, ancient civilizations were far more advanced than what we’ve initially thought, and what if thousands of years ago, the remnants of a long-lost civilization helped forge cultures around the globe, explaining why so many ancient sites and cultures share so many similarities.

Thousands of years ago, humankind erected mind-boggling ancient structures. Many of these monuments have fascinated humankind for centuries. When discussing these amazing accomplishments of the ancient world, we are often driven to wonder whether humankind possessed certain tools or technologies that have been lost throughout history.

But what if such technologies and tools were never lost?

What if, thousands of years ago, humankind possessed technologies that were advanced beyond comprehension? What if these technologies were so advanced that we are unable to recognize them today? What if, despite our inability to “identify” and see them, they are nonetheless there, staring us in the face all along?

You see, certain sites around the globe push our understanding of the ancient world to the limits. One example is Göbekli Tepe, an ancient site located in present-day Turkey. Believed to date back more than 12,000 years, this ancient site has been acknowledged as the oldest known megalithic temple in existence. What if there is a flaw in the mainstream narrative? When looking at Göbekli Tepe, for example, this flaw becomes glaringly apparent.

Somehow, more than 12,000 years ago, what were believed to have been hunter-gatherers managed to quarry, move and position multi-ton stones, eventually constructing a site that is today the most unique on the planet; to date, more than 200 stone pillars–with an average weight of 10 tons–have been discovered in 20 known circles. These massive, multi-ton pillars were intricately fitted into sockets hew out of the local bedrock. Göbekli Tepe is so vast that to date, and since 1997, no more than five percent of the entire site has been excavated.

Göbekli Tepe is thought to have been buried on purpose under five hundred cubic meters of material.

Göbekli Tepe truly changes it all; more than 12,000 years ago, a mysterious people managed to quarry and transport pillars ranging in weight between 10–20 metric tons 10–20 metric tons. There is one pillar that still sits in its original quarry with an average weight of 50 tons.

How on Earth did people hunter-gatherers capable of moving such a massive stone 12,000 years ago? Göbekli Tepe not only predates the appearance of metallurgy, pottery, and the invention of writing, it was built before the Neolithic Revolution.

Traditional, mainstream explanations tell us that no more than primitive, ordinary tools, combined with extraordinary human ingenuity, constructed sites such as Göbekli Tepe possible. Despite these claims, there is an apparent enigma surrounding these sites.

No one has fully explained why building techniques and designs share so many similarities across various ancient sites on Earth. It is more than apparent that many of these ancient sites are linked, either in design, structure, or construction techniques.

Göbekli Tepe is just one example. Many other examples exist around the globe, and the similarities are more than apparent. In addition to the enigma surrounding the construction methods of sites such as Göbekli Tepe, Puma Punku, Sacsayhuaman, Ollantaytambo, and even the Pyramids of Egypt, what happened to the tools used to quarry, cut, and shape the massive stones?

Furthermore, why is there a complete absence of written accounts of how some of these sites were built?

When looking at the construction of the pyramids and how the ancient Egyptians moved supermassive stones, Egyptologists Ahmed Fakhry reveals that the process of quarrying, transporting, and erecting these monuments was such an ordinary matter that the ancient Egyptians did not always consider it worthy of record. However, for an ancient culture like the Egyptians, who were meticulous record keepers, this is unlikely, in my opinion.

However, it is noteworthy to mention that Fakhry also reveals that most of the data we have is based on the study of the monuments themselves, especially those that were left unfinished by their builders.

What if, for a moment, mainstream academics are wrong, and ordinary tools such as sticks, stones were not used by the ancients? What if there were other types of tools, lost technologies, and techniques used thousands of years ago, now lost to history?

One example is the mysterious t-shaped keystone cut-outs found across megalithic sites on Earth. What was poured into these openings? Some authors refer to these t-shaped cut-outs as metal clamps. Similar cut-outs have been found on nearly all continents as evidence of such techniques has been found in Ancient Egypt, India, Italy, Peru, Bolivia, Iran, Armenia, etc.

Was metal poured into these cut-outs to hold two megaliths together? Some sites, for example, in Ethiopia, still hold metal within these t-shaped openings. But if metals were really poured into the openings, how did ancient cultures do it, and why were techniques left unrecorded for future generations?

One ancient writer may have recorded how massive stones were used, but his description is regarded as a myth and a legend. Writings that date back to around 947AD by Abu Al-Hasan Ali al-Masudi describe Arabic legends that mention how the ancient Egyptians essentially made use of “levitation” in their process to build the pyramids.

The writings supposedly mention a “magical papyrus” placed under heavy stones; the stones were then struck with a metal rod. Eventually, the stones began to float along the pathway lined with the very same metal rods.

While the above is certainly interesting, certain writings from tombs in ancient Egypt help us understand how some stones were transported. It doesn’t involve unknown technology but human resources and human ingenuity. Certain illustrations suggest that the ancient Egyptians could transport stones weighing several hundred tons using wooden sleds, water, and groups of people hauling the blocks.

As I have revealed in previous articles, the tomb of Djehutihotep, an ancient Egyptian nomarch who lived during the twelfth dynasty, c. 1900 BC, offers insight into the transport of 58-ton statues.

Looking at some of the symbols and illustrations of the ancient Egyptians, we find many interesting details. One exciting symbol is the Was Scepter, a vertical staff with a forked base, topped with an angled transverse section. The top of the staff was often shaped into the head of powerful creatures. Curiously, to the ancient Egyptians, the Was Scepter was a virtual representation of Power or Dominion.

But was the Was Scepter a mere symbolic representation, or was it something more?

“The three most important symbols, often appearing in all manner of Egyptian artwork from amulets to architecture, were the ankh, the djed, and the was scepter. These were frequently combined in inscriptions and often appear on sarcophagi together in a group or separately.”

Certain depictions of ancient Egypt show the Was Scepter upholding the roof of shrines. The Djed is also depicted in temples holding the sky; one such example can be found at the pyramid complex of King Djoser at Saqqara.

But, what if such symbols were more than just mythological in nature. What if they possessed a real kind of power? What if symbols such as the Was Scepter the Djed represent tools? What if the ancient Egyptians possessed similar objects that allowed them to shape and cut stone using sound and vibrations?

Curiously, there are also ancient Sumerian cylinder seals that show what appear to be similar artifacts.

But what are they? Mere mythological symbols or real artifacts that served a real purpose? As we explore ancient sites, we are forced to look at the past differently, with an open mind.

This article’s purpose isn’t to make claims but rather to ignite an open-minded discussion while looking at various ancient sites, tools, and illustrations from a different point of view.

What if, for the sake of discussion, ancient civilizations were far more advanced than what we’ve initially thought, and what if thousands of years ago, the remnants of a long-lost civilization helped forge cultures around the globe, explaining why so many ancient sites and cultures share so many similarities?