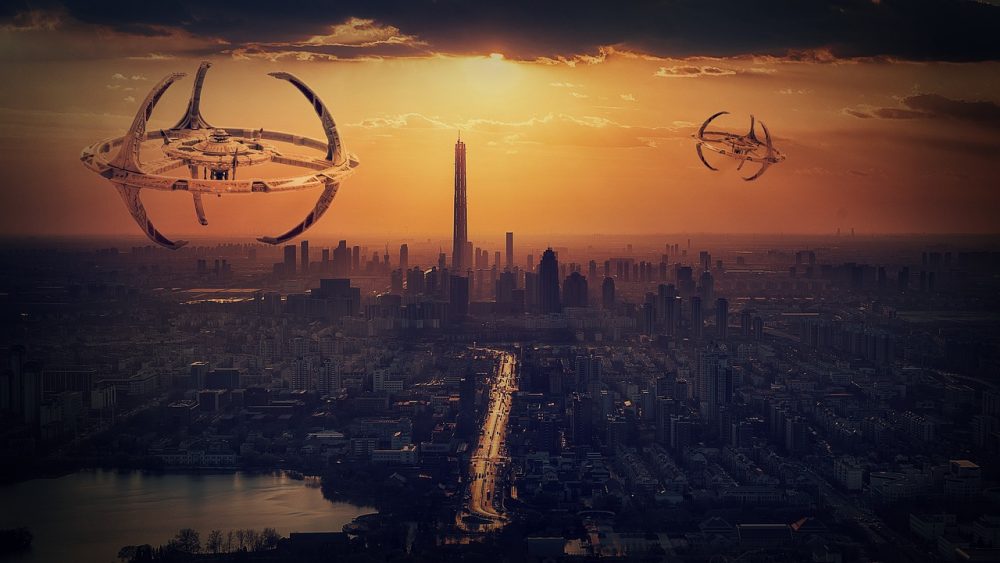 Researchers suggest Earth may have been colonized long ago by an advanced extraterrestrial civilization.

The comprehensive study takes a look at the Fermi Paradox through a different approach.

Using a blend of theory and simulation, researchers suggest that advanced alien civilizations may have long colonized the Galaxy.

In fact, Earth may also have been colonized deep in its geological past, but if it did, no signs of such alien settlement would remain of it today. The “results point to ways in which Earth might remain unvisited in the midst of an inhabited galaxy.

Finally, we consider how our results can be combined with the finite horizon for evidence of previous settlements in Earth’s geologic record. Using our steady-state model, we constrain the probabilities for an Earth visit by a settling civilization before a given time horizon,” the researchers wrote.

A scientific study led by astrophysicist Adam Frank at the University of Rochester tackles why we still have not found other intelligent civilizations (Aliens).

The new paper argues it may be because they have not had enough time to spread across the Galaxy, or they have done it. As a result, their interstellar settlements (possibly even here on Earth and its vicinity) have long since disappeared.

The new study, recently made available on the preprint server arXiv, and yet to be peer-reviewed, proposes a theoretical model that considers variables such as the number of potentially habitable galaxies.

It considers the time it would take a civilization to “colonize” a solar system, ideal planets that are not occupied by living beings, and a ‘recharge time’ since a civilization would first send a spaceship to explore and then colonize afterward.

This is how Frank and his colleagues explored the middle ground between a sterile galaxy of life and one full of intelligent civilizations.

The new model, which is a blend of theory and simulation, explores the possibility of a barren ad brimming galaxy, where advanced super-intelligent alien civilizations reach out to the stars becoming interstellar, but without establishing a galactic monopoly on the entire Milky Way.

The researchers performed simulations that led to three main scenarios with a plethora of data.

Alien civilizations may have colonized Earth a long time ago

The first two fit Fermi’s famous paradox: if life-friendly planets are abundant and survival is easy, the Galaxy should be full of life.

Otherwise, it would be challenging to settle in increasingly distant and inhospitable places, so the chances of finding life would be reduced.

But they found the third scenario: civilizations may have the ability to travel to the most distant galaxies, and during their journey, they may even establish settlements across the cosmos.

However, the researchers warn problems to tend to arise.

When you manage such a large territory that covers billions of kilometers, you have issues you can’t control.

“You can end up with this loose network of settlements,” Jason Wright, a co-author, and astronomer at Penn State University, explains, “where the whole galaxy is settled, but any given star at any given moment might not be.”

If all the world countries seem to be unable to agree on particular subjects, it seems reasonable to think that this task would be even more complicated in a civilization that covers almost unthinkable distances across entire solar systems or even galaxies.

This is why such potential cosmic settlements may end up suffering a plethora of issues, catastrophes, and conflicts, resulting in their own demise and apocalypse.

After that, these settlements may continue being uninhabited for millions of years, and, perhaps, some other civilization may set in that very same place, only at a much different time.