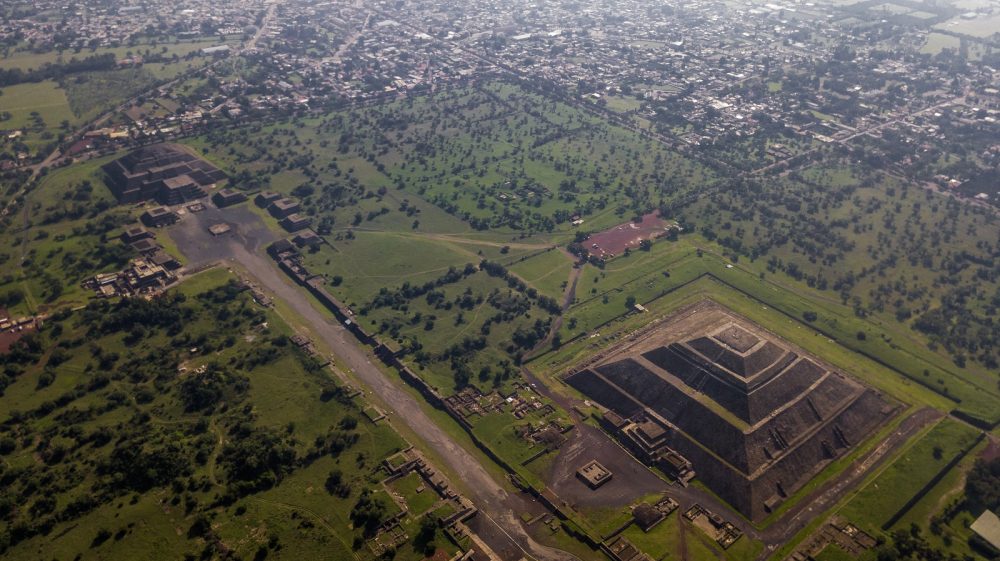 A subterranean world has been confirmed to exist beneath an ancient Pyramid in the city of Teotihuacan.

Mexican archaeologists have confirmed by means of non-invasive techniques the discovery of a cave as well as a series of tunnels beneath a pyramid at Teotihuacan. This city is one of the largest pre-Hispanic cities founded in central Mexico.

An ancient city located in the Valley of Mexico, built by an unknown civilization thousands of years ago, hides many secrets. The ancient city of Teotihuacan is a true wonder of ancient engineering and one of the most famous pyramid-cities built in Mesoamerica. Home to three large pyramids-temples, Teotihuacan’s name comes from the Nahuatl and can be translated to “birthplace of the gods,” or “the place where gods were born.”

Archaeologists have recently confirmed a discovery that took place at Teotihuacan between 2017 and 2018: a cavity of 15 meters in diameter and one or more tunnels under its foundations, about eight meters deep. The result of his research has been published in the Journal of Archaeological Science.

The Pyramid of the Moon stands 43 meters high and is the second largest in Teotihuacan, after that of the Sun, which was built to a height of 65 meters.

This spectacular structure is thought to have been built on seven consecutive layers of pyramids between AD 100 and 450. Although its exact purpose eludes experts, researchers believe that the pyramid and its surroundings were used for ceremonial and religious purposes by its original builders.

Experts from INAH (National Institute of Anthropology and History of Mexico), in collaboration with the Institute of Geophysics of UNAM (National Autonomous University of Mexico), used non-invasive geophysical techniques (ANT and ERT) that allowed them to identify a corresponding vacuum with a large cavity under the building, as well as access tunnels.

These studies confirm that the ancient inhabitants of Teotihuacan reproduced the same pattern of tunnels, whose purpose was to emulate the underworld, in all its great monuments, such as the Pyramids of the Sun and the temple of Quetzalcoatl or the Feathered Serpent, where researchers have already discovered caves and tunnels in the past.

However, unlike the man-made caves under the Pyramid of the Sun, researchers believe that the cave under the pyramid of the Moon formed naturally and became a focal point for the early residents of the area, and even influenced the initial planning of the city.

“The historical impact of this discovery opens the discussion about the symbolic meaning of this pyramid and the origins of Teotihuacán’s urban planning,” the study authors conclude.