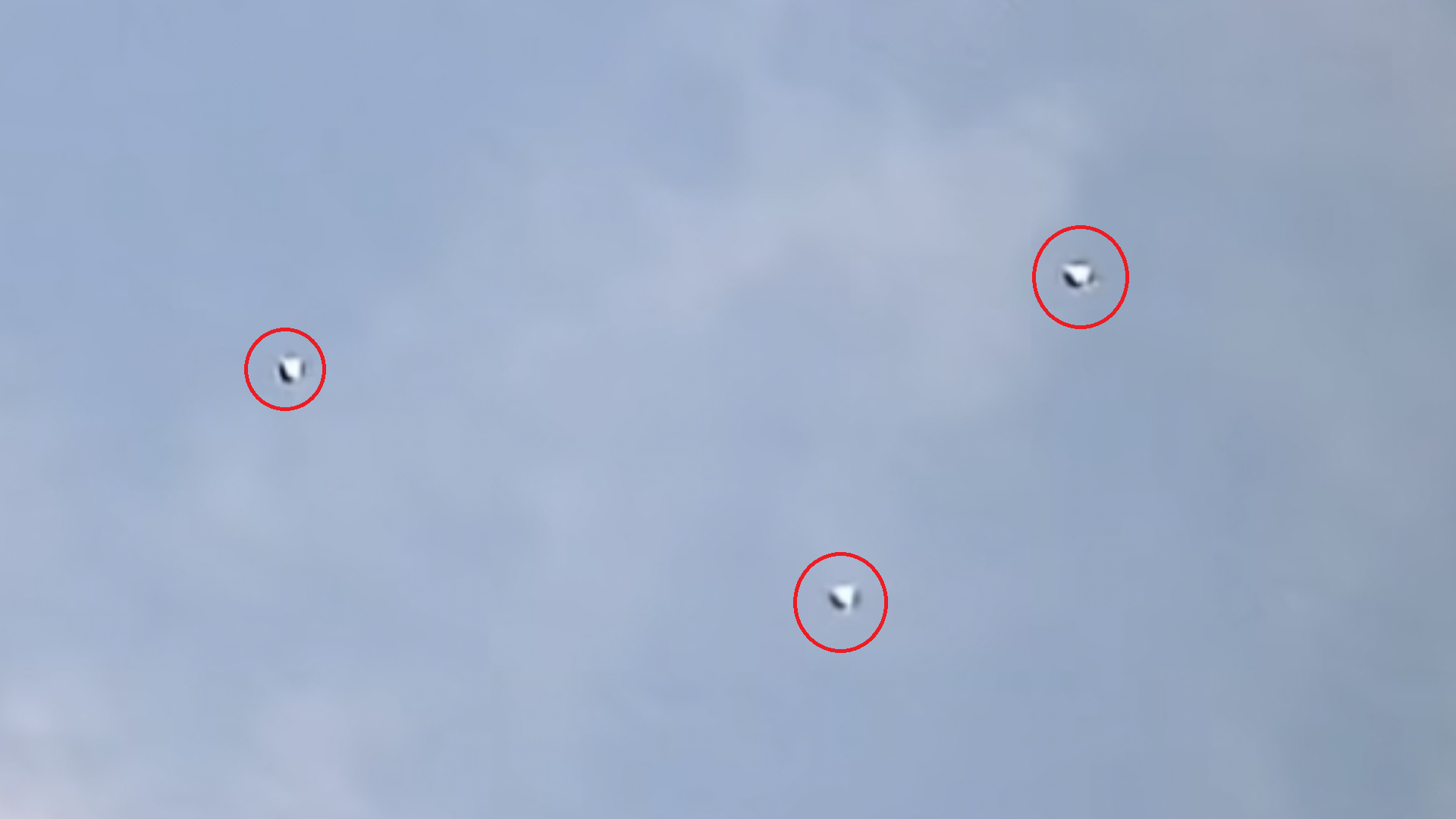 Have aliens been sightseeing over the UK? If you think so, then you are not alone. According to various reports from people living in London, three metallic spheres have been seen performing “wild” maneuvers while flying over the British capital.

On Tuesday, July 12, 2022, three metallic orbs were recorded making turns over west London, according to the blog UFO Sightings Footage.

A UFO under intelligent control would be the only thing that could maneuver in the sky like this.

And while this may very well be another example of balloons or similar objects, we cannot overlook the fact that spherical UFOs have been sighted worldwide for decades. Navy pilots have described similar accounts who reported witnessing spherical or pill-shaped UFOs. Remember the Tic-Tac UFO encounter?

Whether the UFO sighting over London is a genuine one is difficult to say.

Even though we cannot be certain what these shapes are, it cannot be denied that UFO sightings are on the increase. Whether this is because the UFO subject has become popular or just because people want to meet our cosmic neighbors remains to be seen.

A triple UFO sighting over West London in the UK. Three metallic silver UFO Orbs (spheres) where filmed flying in one direction then changing to another direction. They gathered together. @ufosfootage#UFO #ufosighting #realufo #ufoorbs #ufodisclosure https://t.co/YpxxzNbzS3 pic.twitter.com/qMGoPOBStr

Interestingly though, if they are indeed UFOs, then the sudden interest by governments worldwide in the phenomenon is very much justified.

Not only governments but space agencies around the world have changed the way they look at UFOs. NASA, for example, issued a statement saying that it would form a task force dedicated to the study of UFOs.

Not long after, Russian counterpart Roscosmos made a statement saying that the Russian Space Agency had already been looking into the mysterious phenomenon and that it would put more effort into trying to understand what UFOs are and where they come from.

The head of the Russian space agency is said to have spoken with NASA about UFOs. “… they are also supporters that perhaps we are an object of external observation,” said Dmitry Rogozin.

“There could be life forms that have advanced to a technological level that allows them to study human civilization and our planet, just as humans do with other species here on Earth.”

And while it is certainly interesting to see how the people that lead space agencies around the world think of UFOs, we must remember that not all UFOs are potential visitors from outer space.

The alleged sighting of three UFOs hovering over London may not be the most extraordinary evidence of UFOs.

Declassified videos filmed by the US Navy are perhaps some of the best UFO material that has become available to the general public in the last few decades.

Interest in UFOs is increasing, and it is essential to have a system in place that will allow people to discern actual UFO sightings from perfectly explainable sightings. Enigma Labs plans a repository to help catalog, score and crowdsource sightings and incidents worldwide — and expose fraudulent claims. Essentially it aims to become a massive UFO database.