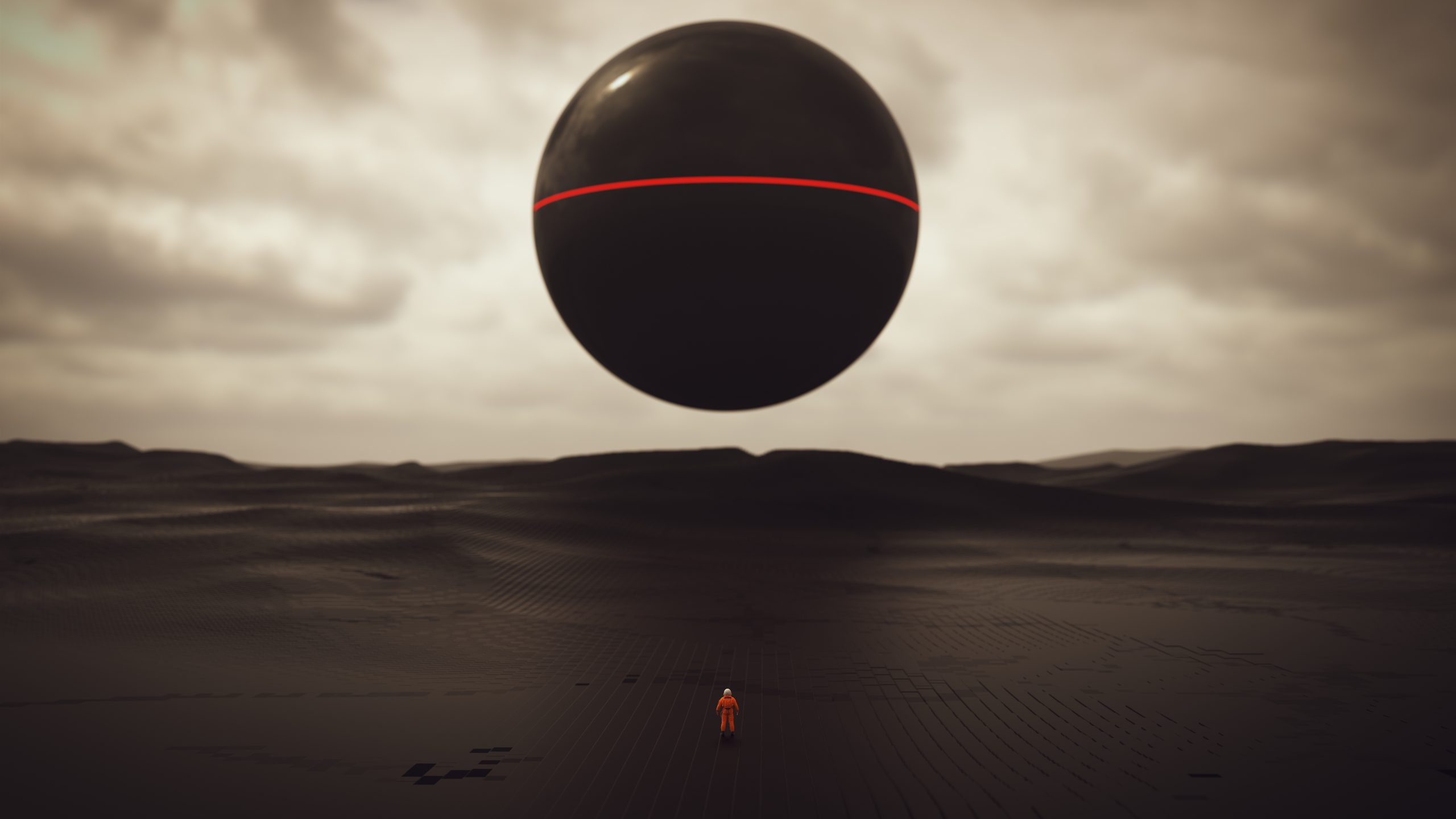 UFOs are no longer a conspiracy. In fact, today, governments around the world, the military and even space agencies such as NASA are committed to studying UFOs. But this was not always the case. Only a few years back UFOs were considered a conspiracy. So, what changed so drastically?

The UFO topic is a hotly debated one. But this has not always been the case. The last few years have been a rollercoaster ride for Ufology.

Never before has the topic attracted so much attention. All of a sudden, and perhaps even illogically, the UFO topic went from a crazy tinfoil hat conspiracy to a subject worthy of the most rigorous scientific study.

Things have changed in the last few years, and they changed abruptly. UFOs are no longer a conspiracy. On the contrary, UFOs are now so important that even space agencies such as NASA and Roscosmos have openly admitted to studying the phenomenon.

From conspiracy to a scientific movement

The UFO topic has drastically evolved, but so have we as a society. Things that were considered strange decades ago are completely normal today. There is more liberty within society, and this liberty comes in various forms. This freedom of thinking has significantly contributed to the evolution of the UFO subject hence taking the phenomenon from irrationalism to scientific rationalism.

Today, we live in a world more curious than ever. And what ignites curiosity more than speaking of unidentified flying objects? So I find it really hard to understand why science — by that, I mean scientific academia — has taken so long to embrace the study of UFOs?

The above questions are a thing of the not-so-distant past. Only a few years ago, the UFO subject was considered unworthy of comment, let alone scientific study.

Today, this is no longer the case, and we can thank various experts in the field for this abrupt change.

One of the most inspiring scientists who were not afraid of backlash or the opinions of others is Professor Avi Loeb, who is without a doubt a pioneer in various fields.

Professor Loeb kickstarted — within the scientific community — a revolution when it comes to UFOs, alien life, and extraterrestrial technology.

Back in 2017, our telescopes pointed to the sky and spotted something strange. They saw what appeared to be a strange object traveling across the solar system. Astronomers quickly began studying the odd object, which would later be called ‘Oumuamua and noticed it was not from around here.

Instead, based on its trajectory and speed, astronomers eventually discovered it was an interstellar object that originated in another star system.

This was the first such object we ever discovered, although it is likely many others have entered and exited our solar system since the birth of our Sun.

Professor Loev published a series of scientific papers explaining why the characteristics displayed by ‘Oumuamua were out of the ordinary.

Eventually, Professor Loeb wrote a book about the subject called “Extraterrestrial: The First Sign of Intelligent Life Beyond Earth.”

This book, which I highly recommend, explained, in a perfectly understandable way, why Professor Loeb believed ‘Oumuamua was particularly interesting and probably evidence of technology that was not from Earth. He received backlash from colleagues but stood his ground and responded with arguments and evidence.

Perhaps unconsciously, Professor Loeb started –within academia– a revolution that led to the UFO subject being treated with more respect. Professor Loev is the perfect example of a scientist who is curious. Professor Loeb is not afraid of speaking out because scientists should be curious. Scientists need to be curious. Close-minded people cannot lead academia, not today, not in the 21st century.

In Search of Extraterrestrial Technological Artifacts Through the Galileo Project

The Galileo project, headed by Professor Loeb, is a significant push in the scientific community to study not only UAP by Extraterrestrial Technological Artifacts in general. The project is evidence of how curiosity paired with scientific rigor can fuel a new era of exploration, a new generation of scientific thinking, and a new era of open-minded research.

A significant difference between this project and traditional SETI is that it looks for extraterrestrial technological equipment as physical objects rather than electromagnetic signals.

Two specific goals have been defined by the Galileo Project within this overarching goal for two related research areas:

In spite of the likelihood that the Galileo Project may uncover additional or even extraordinary evidence for ETCs, at the very least it should gather substantial data sets that may aid in discovering novel interstellar objects with anomalous properties or better scientific explanations for natural atmospheric phenomena, or in some cases terrestrial technology explanations for many of the presently inexplicable UAPs.

UFO videos that are the real deal

Much has been said about UFOs in the last few years, and many opinions have changed. People that were reluctant to even think about UFOs would eventually change their minds. Curiosity won.

But this process was by no means easy. On the contrary, it was a difficult journey for UFOlogy, and many pioneers in the field contributed to this. (Loeb, Kaku, Pope, Corbell, Greenwald Jr., etc…)

In the last few years, a number of videos have been declassified and released to the public. These are not ordinary videos filmed by you and me, but videos filmed by the US Navy warships, and US Navy fighter pilots, among others.

These videos are extraordinary not because credible sources filmed them but because of what the videos show within them.

Some of the examples we see are objects traveling at incredible speed, making maneuvers that are impossible to make by even the most advanced fighter jets at our disposal today. Evidence shows that the military has witnessed UFOs traveling fifteen times the speed of sound.

What kind of human-made object can achieve this speed?

In some of these videos, we see objects being tracked by the military, traveling at great speeds, and multiplying into various objects. In addition, these videos show objects with no visible exhaust, no wings, and can outmaneuver 21st-century fighter jets equipped with the latest technology.

In addition to the many videos that clearly show objects beyond our current technology, there are reports from highly-credible sources that tell us of these unidentified objects’ incredible characteristics. One example is this, where the military reported witnessing a UFO break the sound barrier but without producing a “sonic boom.”

Perhaps the most significant shift in the way people see UFOs is the news that space agencies worldwide, such as NASA and Roscosmos, have openly admitted they are studying UFOs. It was NASA who not long ago revealed a statement saying it would create a task force specifically dedicated to the study of Unidentified Aerial Phenomena.

This statement is so evident that it is surprising why it took NASA so long to understand that these objects are worthy of study, based alone on the technological advancements they show off.

“We have access to a broad range of observations of Earth from space – and that is the lifeblood of scientific inquiry. We have the tools and team who can help us improve our understanding of the unknown. That’s the very definition of what science is. That’s what we do,” Zurbuchen added.

NASA has at its disposal state-of-the-art technology used in space travel and space exploration. Why did it take so long to acknowledge that this technology could help scientists study UFOs finally? Close-minded people and people without a sense of curiosity have hampered a rigorous analysis of these phenomena. Luckily this has changed.

Not long after NASA revealed to the world that it would be studying UFOs, the head of Roscosmos Director Dmitry Rogozin confirmed that the Russian Academy of Sciences has been and is investigating UFO sightings.

Rogozin even revealed that he knows the testimonies of pilots who saw UFOs during test flights in the 1970s.

The involvement of NASA and Roscmos in studying UFOs –UAP– sents a clear statement that this is now a scientific priority.

Their involvement in the study of UFOs is also a message to the general public that whatever was said about UFOs ten years ago, and how the phenomenon was unworthy of scientific study, no longer applies, and that more efforts should be put into understanding what these objects are, and where they originate from.

Perhaps the biggest tell-tale sign that UFOs are no longer a conspiracy is the acknowledgment of space agencies saying they are committed to studying the phenomenon.