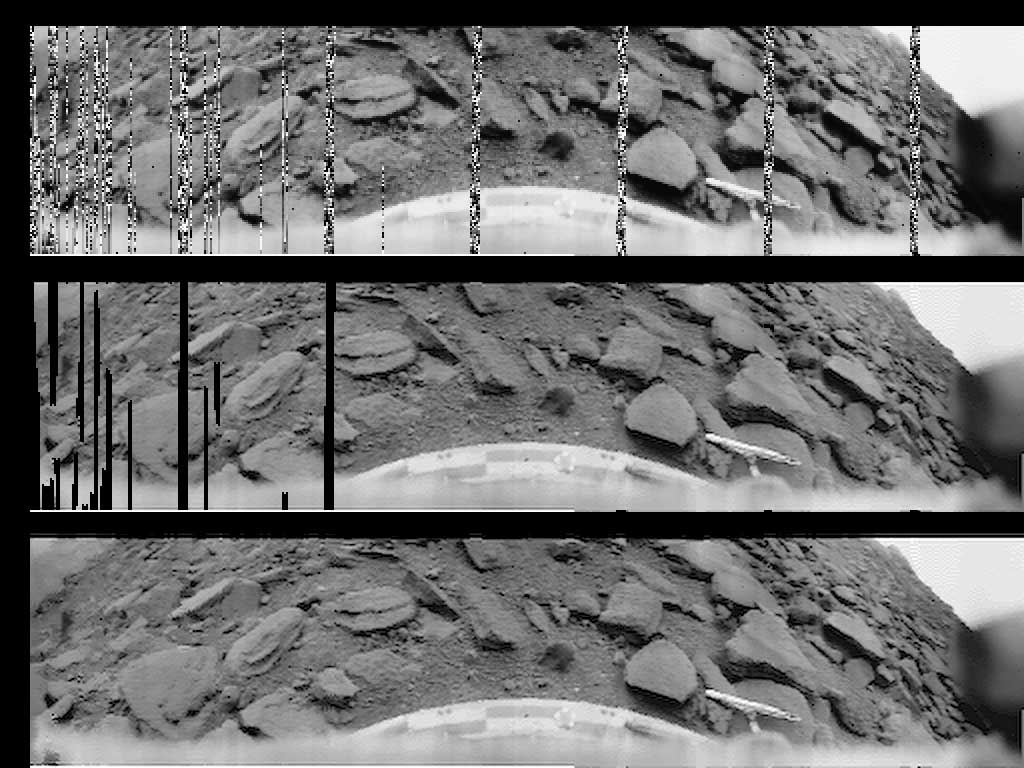 The lander of the Soviet space mission Venera-9 made a soft landing on the surface of Venus on October 22, 1975, transmitting the first images of its surface.

Not long ago, the world was surprised by a scientific study that had “claimed” researchers had found possible traces of alien life in the atmosphere of Venus, a planet on which humankind landed a probe nearly 50 years ago.

Although life—as we know it—can not exist on the surface of Venus, the conditions are very different at higher altitudes.

A study published in September 2020 by the Royal Astronomical Society revealed that phosphine molecules’ existence in the atmosphere of Venus—specifically at altitudes of around 50 kilometers above the surface—likely point toward microbial life; microbial alien life.

Although this discovery has been called into question since then, and numerous scientists remain skeptical about the findings, Venus is currently the planet closest to Earth, in terms of life, despite being inhospitable to life forms like those that exist on Earth.

Of course, life on Earth and distant alien worlds could be very different, which shouldn’t surprise us. Nonetheless, based on the evidence we have now, it is likely that alien microbes are floating freely in the Venusian atmosphere.

But not many people are aware that we landed on the surface of Venus 47 years ago.

Venera, the spacecraft that landed on Venus

Venera 9, to be more specific, successfully landed on the surface of Venus 47 years ago, in a historic moment in space exploration.

The lander of the Soviet space mission Venera-9 made a soft landing on the surface of Venus on October 22, 1975, transmitting the first images of its surface.

For the first time in the atmosphere of the planet Venus, at pressure 90 times higher than on Earth and a temperature of 485 degrees Celsius, a unique image of the surface of Venus was obtained at the landing site.

The spacecraft was able to transmit information for 53 minutes before succumbing to the enormous pressure and heat, Roscosmos reports.

For the first time, panoramic television images of another planet were broadcast.

In these striking images, bedrock outcrops and fragmented rocks were visible, lying in the Venusian landscape’s distance. These features are likely the result of displacement in the crust and confirm tectonic activity on Venus.

Venera’s mission to Venus was unprecedented and revealed a plethora of previously unknown information about the planet.

The descent vehicle measured the density, pressure, temperature of the atmosphere, and the amount of water vapor and performed nephelometric measurements of cloud particles and measurements of illumination in different parts of the spectrum.

In addition to a gamma spectrometer, a radiation density meter was used to measure the soil characteristics of the second planet from the sun, and one of the brightest in the sky.

Venera 9 also helped measure the surface luminosity, and these measurements showed that 5 to 10% of solar energy reaches the planet’s surface in the form of radiation scattered by clouds.

It was also possible to obtain images of the cloud layer, the distribution of the temperature along with the upper limit of the clouds, the spectra of the planet’s night brightness, and the mission was able to carry out studies of the hydrogen corona, multiple radio exposures of the atmosphere, and ionosphere, and make a measurement of magnetic fields and near-planetary plasma.

Roscosmos further revealed that, in particular, the detection of thunderstorms and lightning in the planet’s cloud layer attracted a lot of attention.

The optical measurements data showed that the Venusian ray’s energetic characteristics are 25 times higher than the parameters of the Earth’s ray.