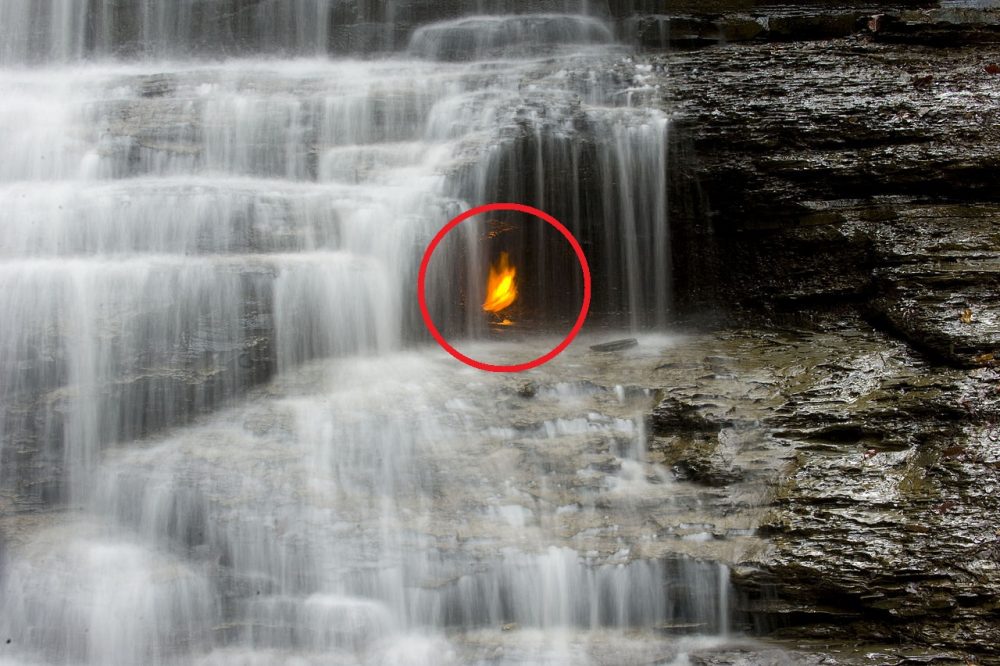 It's a strange world out there, and I love it.

Our planet is so far the most unique in the universe since it’s the only one that harbors—apparently intelligent —life.

However, putting that fact aside, Earth has countless mysteries that will never cease to amaze us.

No matter where you look, you’ll find something mind-bogglingly impressive, something weird, something inexplicable. In this article, we take a look at some of these places, many of which have left scientists awestruck.

Zone of Silence—where radios don’t work, clocks are lost in time, and compasses spin out of control

One of the weirdest places on Earth.

Situated on the 27th parallel north is the Bermuda Triangle; the place that allegedly swallows boats, cargo ships, and even airplanes, the Pyramids of Giza, which according to many were built as massive energy machines by an unknown civilization, and the Himalayas, home to their own legends and myths.

But in addition to the above, there’s another interesting place, and it is located in present-day Mexico.

Referred to as the zone of Silence or “Zona de Silencio,” this area of land located in northern Mexico is one of the most anomalous places on Earth.

According to reports, nothing seems to properly function there, as scientists have failed to understand how clocks stop, radios go haywire, and the compass spins out of control.

Located some 2,000 meters above sea level, the Zone of Silence is strangely located at the same parallel as the enigmatic Bermuda Triangle, and the Pyramids of Giza in Egypt.

The oldest temple on the surface of our planet is located in modern-day Turkey and is referred to as Göbekli Tepe. This fascinating ancient structure is considered to be 6,500 years older than Stonehenge and around 7,000 years older than the oldest of the Pyramids—meaning that it was created around 12,000 years ago by a mysterious civilization.

This ancient temple referred to as the Stonehenge of the desert, is an ancient encyclopedia written in stone.

There are hundreds of so-called gravity hills around the globe. Due to their peculiar characteristic, they are also referred to as Magnetic Hills, Mystery Hills, and Anti-Gravity hills.

It is said that objects and cars on the hill may appear to roll uphill, defying the laws of gravity. This, however, is just an optical illusion produced by the surrounding landscape which makes a downhill slope appear to be an uphill slope. Although not unexplainable, gravity hills are pretty cool, and I felt a need to include examples of the phenomenon in this list. 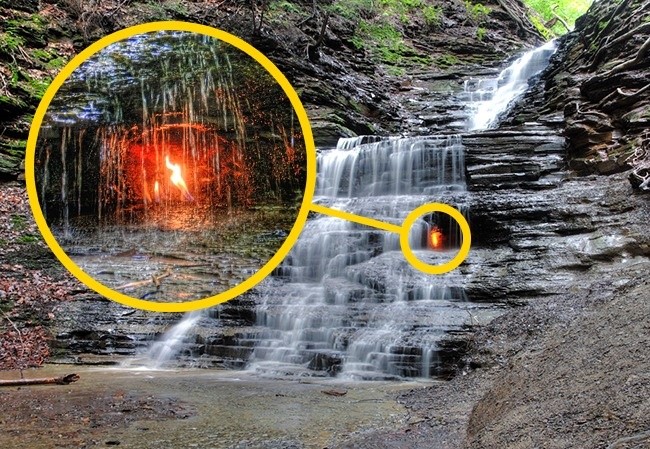 Located in the USA is a strange phenomenon that looks almost as if there’s a fire burning in the middle of a waterfall.

This unusual waterfall is the product of mother nature, and scientists say that it’s perfectly explainable as there are small fissures in the rock which emit natural gas, causing to burn. A

t times the flame extinguishes and needs to be reignited. Legends say that whoever manages to reanimate the flame will be blessed with fortune.

Built by the Venetians sometime between 1371 and 1374, the castle was constructed as a garrison to protect Venetian nobles and their land. Its builders named it Castle of St. Nikitas but locals contemptuously dubbed it Frangokastello, meaning the Castle of the Franks.

On May 17, 1828, a famous battle took place at the castle when hundreds of Sfakiots and Epirotes commanded by Hatzimichalis Dalianis, a Greek patriot from Epirus occupied the fortification but were eventually besieged by the Turks. Later, the Turks were also killed and massacred by ambushes. The anniversary of the battle shows the shadows of the fallen soldiers march towards the fortress around dawn.

Every year around May, the castle is home to a bewildering phenomenon where ‘shadows’ of armed soldiers march from the monastery of Agios Charalambos to the Castle. The phenomenon is observable—and was even documented—in the early hours when the sea is quiet, and humidity in the air is high. The event lasts for around 10 minutes.

For centuries has the Bermuda triangle created chaos among sailors, and pilots in recent decades

The area is known as the Bermuda Triangle, aka The Devil’s triangle, and it stretches some 700 kilometers from Florida, Puerto Rico to Bermuda. In the last 100 years alone has the enigmatic area has taken the life or around 1,000 people without explanation.

The Bermuda triangle just happens to be one of the most transited areas on the planet, as it is an international “highway” for shipping lanes as countless vessels transit the area in order to arrive from America to Europe or vice versa.

Explanations for the mysterious disappearances of ships and planes range from Aliens, mystery pyramids, weather phenomena to portals to another dimension.

Interestingly, the United States Coast Guard does not recognize the existence of the so-called Bermuda Triangle, aka Devil’s Triangle as an area of specific hazard to ships or planes.

Pyramids—Pyramids everywhere. It’s as if someone traveled to all ancient cultures scattered across the globe and said: Build Pyramids and build them like this

No matter where you decide to look, there are Pyramids of all sizes and shapes, but mysteriously a large number of them is eerily similar in design, despite the fact that many of them were built by different ancient civilizations, spread across vast distances.

Why do Pyramids in South and Central America resemble their counterparts in Asia or India? What was the purpose of the Pyramids? And how come there are so many similarities among the thousands of Pyramids on Earth? 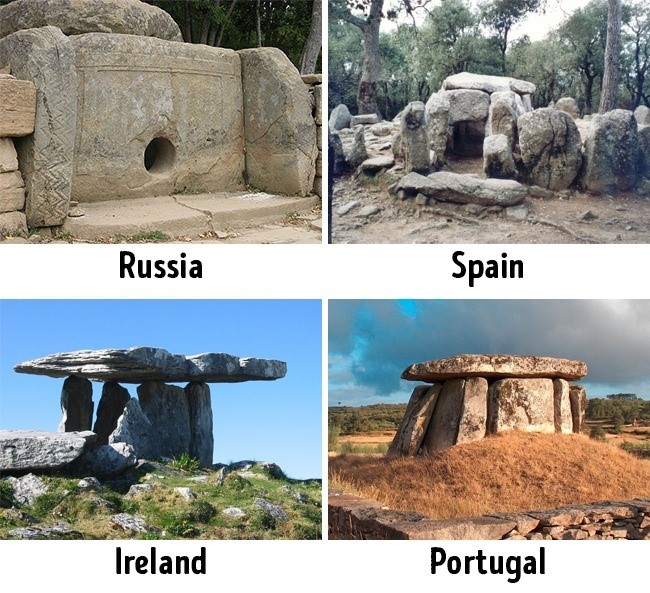 Just like there are Pyramids scattered on nearly all continents on Earth, there are Dolmens spread across different continents. We can find these mysterious stone structure everywhere, from Korea, China, Scandinavia, Russia, Spain, Portugal, etc…

Why so many exist, and why many of them are so familiar has bothered experts who are unable to fully explain their purpose and origin.

Archaeologists believe they were built as tombs for people belonging to the royal class, but many authors disagree. Oh and, there’s that strange thing that happens when you bring electric devices near some of the dolmens—they behave erratically almost as if something was interfering with the apparatus.

Discovered in 1887 by Rev. James Harvey, this enigmatic piece of stone contains around 90 strange indentations and is considered to host one of the finest sets of petroglyphs not only in Scotland but on Earth.

Scientists cannot agree on what the symbols mean and why so many of them are similar to crops circles, or constellations in the sky.

Some have ventured out and said that the Cochno Stone is a 5,000-year-old star map.