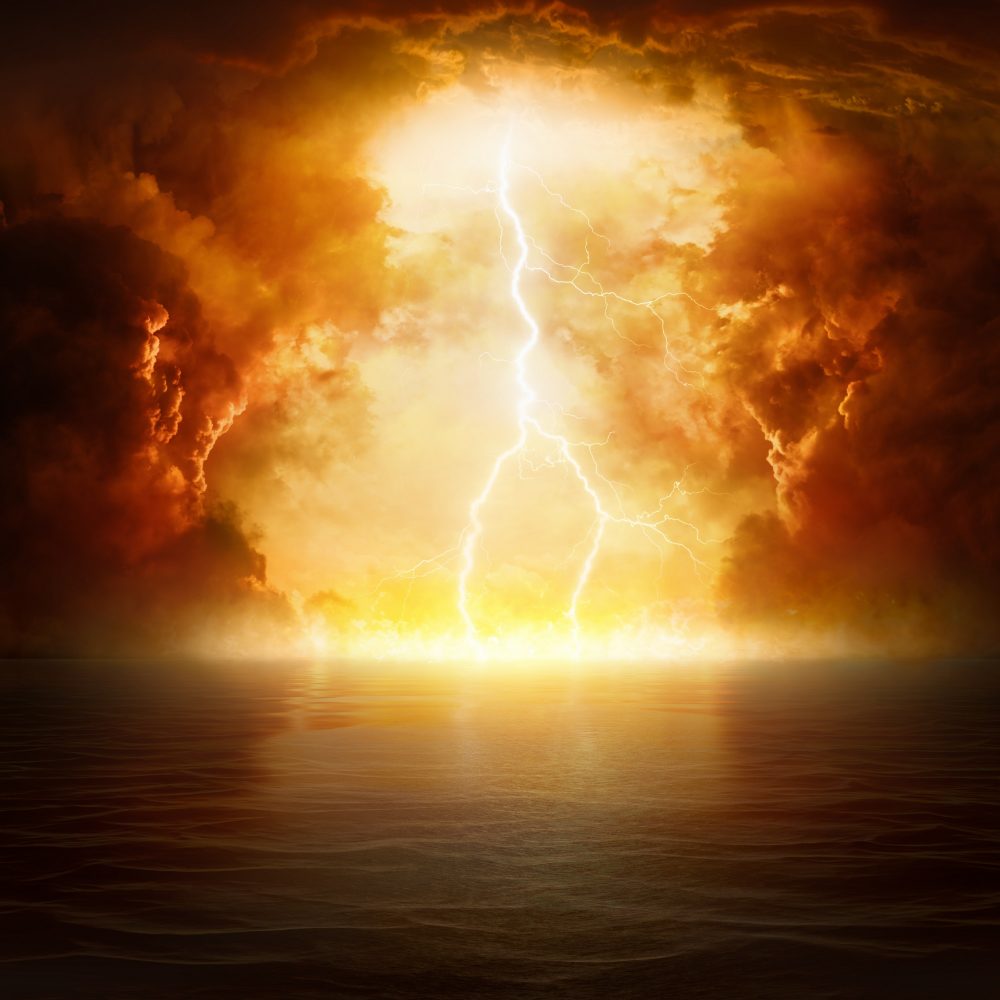 "Like endless boiling water, the flood is pouring forth destruction. Boundless and overwhelming, it overtops hills and mountains. Rising and ever-rising, it threatens the very heavens. How people must be groaning and suffering..."

Noah’s story of the great flood was assumed to be the earliest story of the flood until the Epic of Gilgamesh began to capture people’s interest in the mid-19th century. But although quite a few people have been introduced to “earlier” versions of the Great Flood, the general public continues believing to this date that Noah’s flood is the oldest of them all. This, however, is not the case.

This is perhaps the most famous of them all, after Noah. The Epic of Gilgamesh is perhaps the oldest story of “the Great Flood” known to humanity. Recorded on 12 stone tablets, Gilgamesh, the Sumerian king who ruled for 126 years on realizing the death of his friend, began his search for immortality. In the course of his adventure, he met an immortal referred to as the Utnapishtim.

Legend had it that the gods were angry at mankind and had planned to destroy the human species with the flood. The god Era hinted Utnapishtim about the impending doom and instructed him to build a gigantic boat to save his family and seeds of all life. Utnapishtim obeyed, and when the flood came, the boat was ferried to a mountain. Afterward, god Ishtar set a rainbow over the sky as a pledge to mankind that the earth will never be destroyed again.

The flood myth of Ziusudra was an account of how the god Enki warned Ziusudra, the king of Shuruppak about the god’s decision to wipe out mankind with a flood. At the period, Anki informed Ziusudra to construct a huge boat. Afterward, torrential rains caused a massive flood that covered the land. After a while, Ziusudra opened the window of his boat to make sacrifices and worship to the sky-god Enlil, the master of the gods. At the end of the flood, Ziusudra was rewarded with eternal life in Sumerian Eden.

The Akkadian Epic of Atrahasis includes both a creation myth and one of three flood myths. One of the flood myths reveals that the overpopulation of humanity was the reason behind the destruction of the world. At the end of 1200 years of human fertility, god Enlil had a terrible sleep characterized by the troublesome and noisy overpopulation of mankind.  He sought divine assistance that projected plague, drought, famine in attempts to destroy humanity.

Every attempt to get rid of humanity proved futile and after 1200 years of attempts, the same problem returned. Finally, the gods decided to use a flood as its weapon of destruction. The god Enki disclosed the intention to Atrahasis who built a huge vessel based on divine measurements.

The Mesoamerican flood myths are particularly interesting, and there are a variety of reasons why the “great flood” takes place. Either the world was too old or mankind disobeyed the gods. Whatever the case, it was mankind who provoked their deities who sent upon them a great flood.

The Aztec Flood legends tell the story of how a man and a woman were warned by the Great Aztec god Tezcatlipoca that a flood was upon the lands. The man and woman were saved from the cataclysmic waters after hiding in a hollow tree. The legends go on to tell how the man and woman became hungry and chopped up the three in which they hid in order to cook food. Tezcatlipoca came down to Earth and punished the survivors turning by turning them into dogs.

Another interesting flood story can be found in ancient Chinese literature. Known as the Great Flood of Gun-Yu, or the Gun-Yu myth, the event is described as a major flood that lasted for more than two generations, resulting in various natural disasters such as cataclysmic storms which in turn resulted in famine and population displacement.

Like endless boiling water, the flood is pouring forth destruction. Boundless and overwhelming, it overtops hills and mountains. Rising and ever-rising, it threatens the very heavens. How people must be groaning and suffering— Emperor Yao, as quoted in the Book of History, describing the flood

This flood is thought to have taken place during the reign of Emperor Yao, a legendary ancient Chinese ruler. People are said to have abandoned their homes due to rising water levels and went on to live on mountains, nests, and trees. This flood story is dated to the third millennium BC or around 2,300 BC.

It is noteworthy to mention that geological evidence might support the existence of the above-mentioned flood story.