As revealed by researchers in a study published in the Journal The Anatomical Record, "These medical texts both predate and inform the later acupuncture texts which have been the foundation for acupuncture practice in the subsequent two millennia."

More than 2,200 years ago already, medicine was being developed at a fast pace across the world. We have found archeological examples that suggest that various cultures across the globe, in the Americas, Africa, and Asia, developed a relatively advanced degree in medicine thousands of years ago. One example is the oldest evidence o trepanation, which dates back to around 7,000 years ago, although some evidence suggests it may be even older than that.

But what about anatomy in general, and when did mankind start keeping a record of the human body and its many mysteries? Although answering that question might prove to be a bit difficult, (1) a series of ancient Chinese texts dating back some 2,200 years, known as the Mawangdui medical texts, and written on silk and buried in tombs, are now believed to contains the oldest surviving anatomical atlas of our time.

The “anatomical atlas” was (2) excavated by archeologists inside tombs at an archeological site located in Wulibeit, now far from Changsha in China’s Hunan province.

The site which is marked by two saddle-shaped burial mounds, was excavated between 1972 and 1974. Three tombs from the Western Han period (c. 190-168 BC) were discovered, containing the mummies of Li Cang, the Marquis de Dai, his wife (Mummy Lady Dai), and their son.

The ancient tombs were surrounded by layers of charcoal and white clay that maintained a constant degree of humidity, ensuring surprising good preservation of a (3) series of objects (many of which were made out of lacquered wood), including cases, vases, spoons, pallets, cups, and glasses, jugs, trays, fans and pieces of silk.

Among the artifacts, excavations also revealed dresses, a painted funeral band, and numerous manuscript scrolls mostly related to the Taoist current, but more importantly, the oldest known documents on Chinese medicine. Although the discovery was initially of great interest, experts remained unsure just how important the ancient texts were.

Now, a study has analyzed the ancient writings and found that archeologists have actually found the oldest anatomical atlas in the world. The study was published in the journal The Anatomical Record.

The very existence of the texts challenges the widely held belief that there is no foundation for the anatomy of acupuncture. Their existence shows that the first physicians to write about it did so on the physical body, researchers have revealed.

(4) Discovering what is now believed the “oldest anatomical atlas in the world” was by no means an easy task. In addition to a sheer amount of luck that was needed, archaeological excavations were a crucial point in the discovery. After recovering the artifacts, it was up to academics to read Chinese characters that are difficult to understand. “The skills necessary to interpret them are diverse, it is required first to read the original Chinese, and secondly to carry out anatomical investigations that allow the review of the referred structures,” the researchers involved in the study explained.

Despite the difficulties involved in making the discovery, researchers were able to distinguish the word “meridians” in reference to part of the human body. For example, (5) the text mentions the “greater yang meridian of the arm, ear vessel–“it rises up from the little finger/back of the hand, goes along the space on the outside of the two bones. It goes up the bone to the lower corner to the Centre of the elbow. It passes along the soft muscle ridge up to the shoulder, and passes along the back of the neck to join into the eye and the ear.”

Another part of the ancient Chinese manuscript seems to make reference to another meridian in the foot: ” it starts at the big toe and runs along the medial surface of the leg and thigh. Connects at the ankle, knee, and thigh. It travels along with the adductors of the thigh and covers the abdomen.”

As revealed by the scientists, quoted by Live Science, this meridian makes reference to the “pathway followed by the saphenous vein,” the conduit that carries blood from the legs back to the heart. 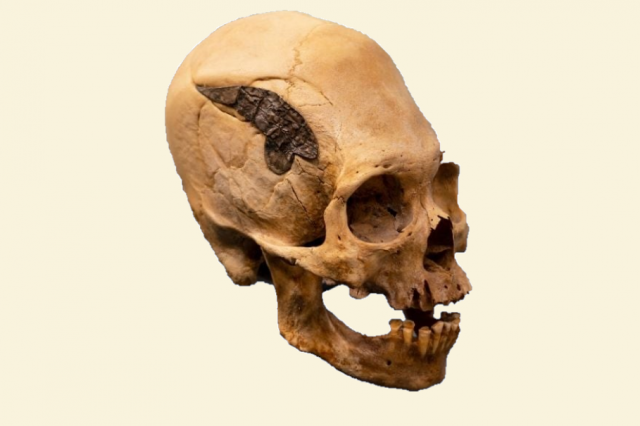