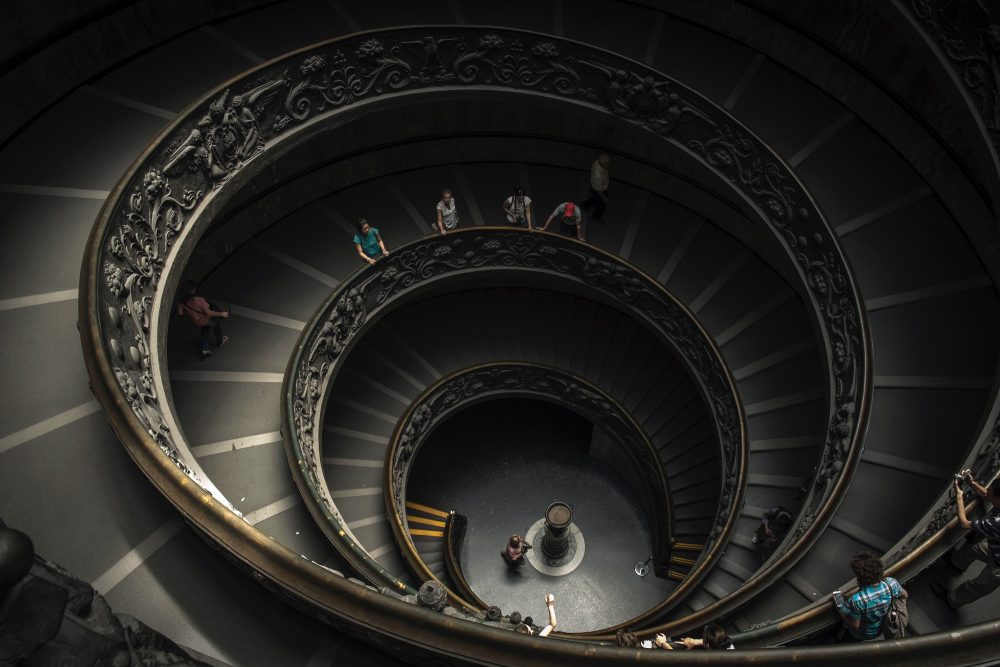 The Vatican City, one of the most sacred places in Christendom, attests to a great history and a formidable spiritual venture. A unique collection of artistic and architectural masterpieces lie within the boundaries of this small state.

The Vatican is the smallest country in the world, and the temporal seat of the Pope, the heart of Christianity.

Apart from being a country of throning tourist destination, it’s a place of great religious, historical, and political significance.

Beneath Rome’s cobbled streets lie thousands of years of history.

Archaeologists estimate only 5% of the city’s underground has been fully explored.

Rome’s ground level has risen between 5 and 20 meters since the city was first excavated, indicating different underground layers of ancient social, political, and religious changes throughout the century.

Further excavation will continue to unearth ancient treasures, providing us with a better understanding of the Roman Empire.

With modern technology, it’s relatively common to uncover ancient temples built in honor of the Roman gods, Byzantine remains, or necropolises with Christian and pagan tombs underneath Rome’s churches.

For example, St Peter’s Basilica is where the apostle’s tomb shares a final resting place with hundreds of slaves, wealthy commoners, and ancient pagan buildings.

It’s fascinating that you won’t see a single cross or dove in the tombs (symbols of Christianity founded in the catacombs), rather satyrs and maenads dancing frenetically by Dionysus.

We have to travel back in time before Rome was founded to better understand the Necropolis.

More specifically, we should rewind time and travel to when the Etruscans existed.

The  Etruscan civilization occupied a wide area of Italy. Etruscan culture’s earliest findings are from 900 BC.

Their tradition was to bury their dead beyond the city wall, building a necropolis on the closest hill, guarded by the goddess Vatika. The village on the hill was named Vaticum.

With time, the Etruscan civilization fell to the Romans, and Vatican territory became part of Rome’s city.

A colossal Egyptian obelisk was raised in the circus center, later to be moved to Piazza San Pietro.

Between 64 and 67 AD, Nero crucified St.Peter in the same circus and moved his remains to the Necropolis.

During the year 313 AD, Constantine the Great created the Edict of Milan, proclaiming religious tolerance and bringing an end to Christians’ persecution that lasted three centuries.

As a sign of tolerance and understanding, he built  St. Peter’s Basilica.

During construction, the old Necropolis was excavated and left beneath floor level, where hundreds of funeral chambers are buried until this day.

St. Peter’s Basilica was built by Pope Julius II. He started the building project in 1506, but he didn’t live long enough to see the Basilica’s construction come to an end. More then a century was needed to finish the Basilica.

The Decoration of the dome was the most impressive artwork of old artists, including Alberti, Raphael, Bramante, Michelangelo, and Bernini.

The Vatican Necropolis is located in the deepest layer, stretching 5 to 12 meters from the surface.

The Vatican grottoes (small picturesque caves) were found during excavation, located in the upper layer,  3 meters below the surface.

The caves were built to satisfy the Pope’s wishes who wanted to be laid next to the apostle St.Peter.

The excavation work below the Vatican has revealed a total of 22 mausoleums.

Stretching within 100-meters, they are connected by a central passage and decorated with mosaic, paintings, and ancient sarcophagi.

Hidding centuries of history, Rome brings together a mysterious and marvelous combination of religions and traditions.

Bones and ashes can rest in peace with Christian iconographies.

A decade after the excavations began, the pieces of the puzzle started to come together. Beneath the papal altar is the Trophy of Gaius, the first primitive chapel raised over the apostle’s tomb after his death.

This, in turn, is surrounded by the protective Red Wall built-in 145 AD. Another wall, known as Wall G, was built in the year 250 to provide construction stability.

Various inscriptions were found there, and everything suggested that this was a highly revered site. However, there was no trace of Peter’s remains in the chapel’s burial niche.

The answer didn’t come until the discovery of a marble niche in Wall G. The evidence suggested that Constantine the Great had moved the remains from the first niche to the new church in the 4th century.

It wasn’t until 1952 that a fragment of the Red Wall provided definitive evidence. The description in Greek lettering reads: ‘Peter is inside.’ 10 Things You Need To Know About The Chronovisor, Vatican’s Alleged Time Machine