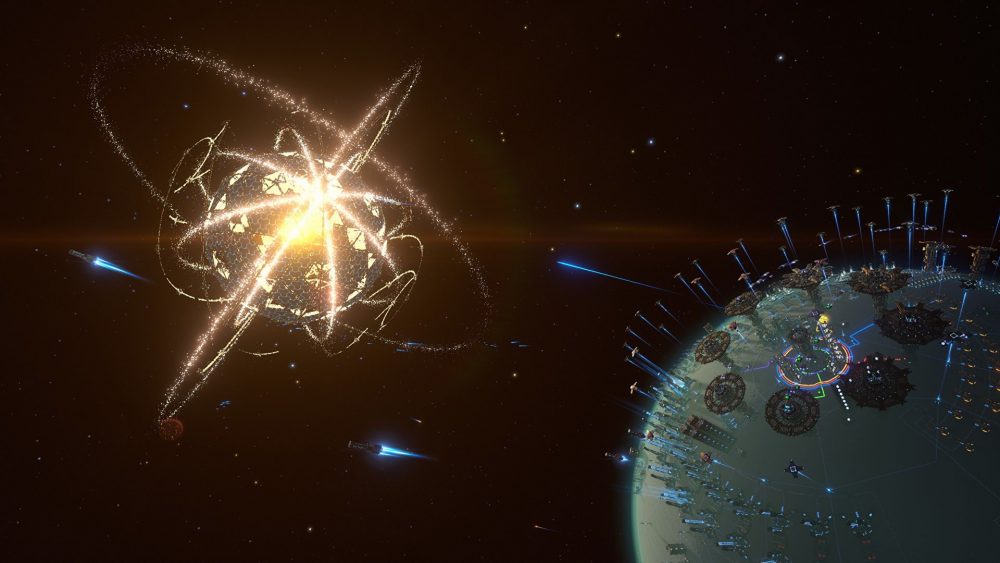 An international team of astronomers presented new research focused on the generation of energy around black holes and predicted that highly advanced civilizations could use so-called Dyson spheres around black holes to generate powerful energy.

What are Dyson spheres and how can alien civilizations use them?

The theoretical structures known as Dyson spheres are named after the physicist Freeman Dyson, who formulated the idea for them in 1960. He argued that if humanity’s energy needs continue to grow, then sooner or later a moment will come when our energy consumption approaches or even exceeds the total energy available on Earth.

For civilization, this actually means death. But it can be saved if she finds alternative energy sources. Dyson suggested that any sufficiently advanced civilization that wants to survive will have to build massive structures around the stars and use them to draw energy directly from there.

In the new study, astronomers have looked at Dyson’s theory from a different angle. They write that it would be more expedient to build such spheres around black holes since their energy is much more powerful than stellar energy. For example, it can exceed the energy of our Sun by 100 thousand times.

Scientists are confident that when studying black holes, it is worth focusing on the search for Dyson spheres, the existence of which will automatically prove the existence of some extraterrestrial societies.

The team analyzed black holes of three different sizes, which are four, five, and 20 million times the mass of the Sun. Accordingly, the lower and upper limits of black holes were established, which were formed as a result of the collapse of massive stars. By the way, the study also included the massive black hole Sagittarius A *, located in the center of the Milky Way.

Consumers or producers of energy?

The researchers write that black holes are usually considered consumers rather than producers of energy. However, their powerful gravitational fields are known to generate energy through several theoretical processes.

These include radiation emitted by a cluster of gas around the hole, a rotating accretion disk of matter slowly falling towards the event horizon, relativistic jets of matter and energy that “shoot” along the hole’s axis of rotation, and Hawking radiation, a process theoretically predicted by the famous physicist in which black holes can lose mass, releasing energy in the process.

A team of astronomers, using computer simulations, performed calculations for various scenarios and came to the conclusion that the accretion disk, surrounding gas, and jets of black holes can serve as permanent sources of energy.

Moreover, as calculations have shown, the energy of only one accretion disk of a black hole with a mass equal to 20 solar masses can produce the same amount of energy as Dyson spheres built around 100 thousand stars. In a word, such a technology could provide any civilization with an almost endless powerful source of energy.

How can we discover Dyson spheres?

It is noteworthy that the researchers also proposed a way to discover potential Dyson spheres. In their opinion, the existence of such structures can be indicated, for example, by a “waste heat signal”. Scientists also predicted that similar signals could be detected in data from various telescopes, including the Hubble Space Telescopes and the Galaxy Evolution Explorer.