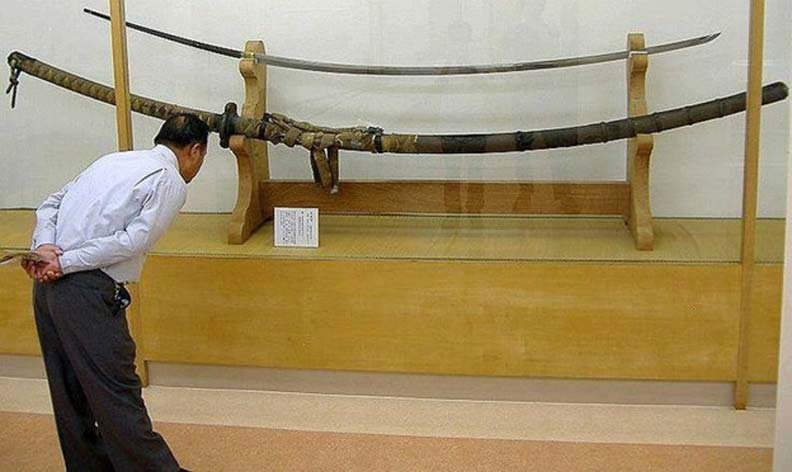 The sword did not belong to a giant, nor was it crafted for one. In fact, these types of swords were used as ceremonial swords.

The Odachi was a type of sword used by ancient Samurai in Japan. Since it was complicated for the wielder to draw the weapon quickly, the Odachi swords were more ceremonial weapons.

Forged as one piece, the staggering sword called the Norimitsu Odachi is a 3.77-meter-long sword that weighs nearly 15 kilograms.

Historical evidence suggests this massive masterpiece of a sword was crafted sometime during the 15thc century.

In modern times, given its supermassive size, many people are confused, some even claiming that these types of weapons are evidence that giants were real in the distant past.

So, who could have wielded this massive weapon? As some have come to suggest, was it really a giant who used it in battle?

The answer is no. Not Really. No giant wielded this weapon, and it wasn’t built for one either.

Japanese swords are a special kind of art.

Since time immemorial, Japanese swords have been made with extreme care and great precision, and many warriors worshiped their swords as sacred tools.

Ancient swords contain embedded within them an entire weapon-making philosophy, and Japanese swords, those wielded by the great Samurai, tell an incredible story of honor, courage, and respect.

Even though the sheer size of the Norimitsu Odachi gives rise to numerous speculations about giants and otherworldly beings, the truth is that the sword was not crafted for a giant, and it isn’t evidence that supernatural beings, like giants, existed on Earth.

While Odachi swords could be used as weapons, these types of swords were crafted in the distant past to convey a statement, tell a story, and show off how important a certain individual was. The Odachi is better known as a ceremonial word.

The Odachi were too long for the samurai to carry into battle. However, there were two methods by which a warrior could carry its Odachi.

One was to carry it on the back. But this meant that it was nearly impossible for the wielder to draw the weapon quickly. The second method was to carry the ōdachi by hand.

Possessing a sword like the Norimitsu Odachi meant that the owner was someone of importance, who had great resources.

The Odachi varied in length, and not one Odachi was the same.

To qualify as an ōdachi, the sword in question would have a blade length of around 3 shaku (90.9 centimeters (35.8 in)); however, as with most terms in Japanese sword arts, there is no exact definition of the size of an ōdachi.

The Art behind an Odachi Sword

The swords were expensive because only skilled weaponsmiths could forge such a formidable weapon. Since the Odachi was a heavy and long sword, the smelting process was tedious, and forging it required great if not exceptional skills.

The weaponsmith in charge of crafting such a sword had to make sure the blade remained straight, firm, and robust.

Due to its size, traditional heat treatment was more complicated. The longer a sword’s blade is, the more complicated it is to forge, as it was challenging to heat the entire blade to a homogeneous temperature.

Once the sword was forged, polishing it would require great patience. Unlike normal swords, which were finished with polished stones, the Odachi were placed hanging from the ceiling and polished painstakingly.

Although much smaller in size, similar ceremonial swords have been found in various continents, including Europe and the Americas. 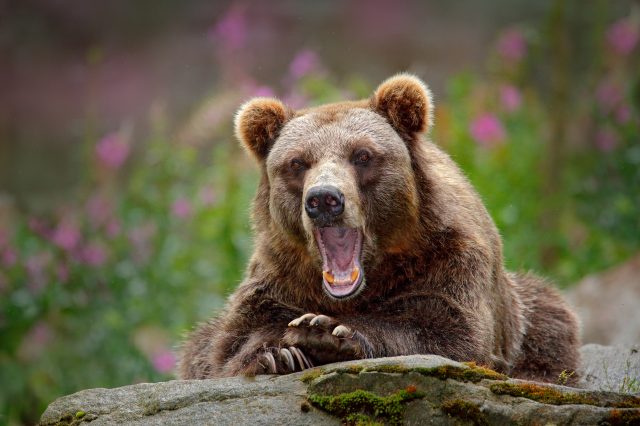