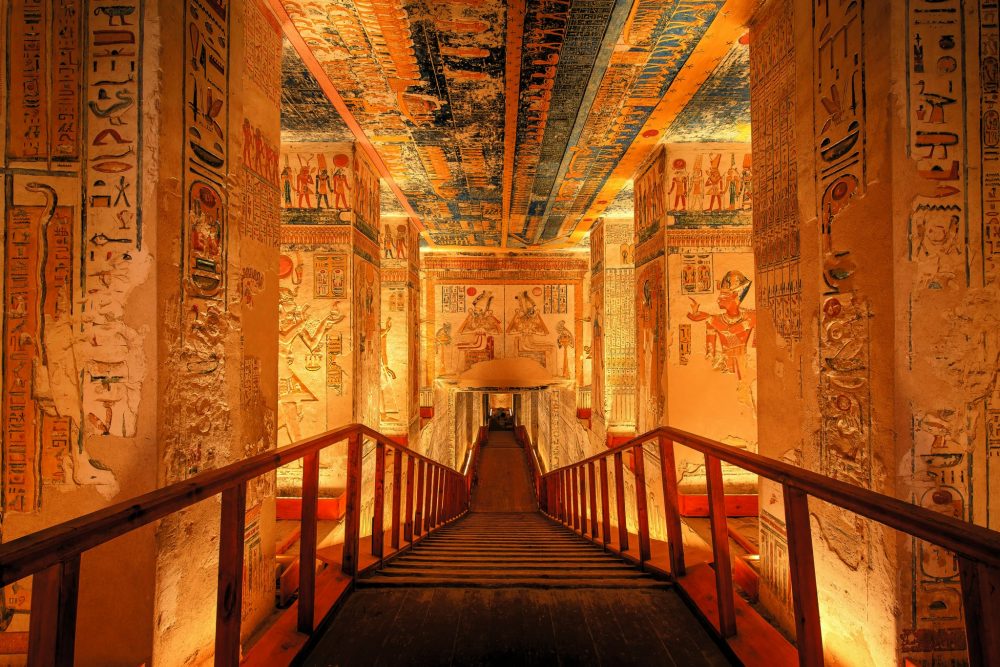 Egypt is the greatest example of a modern society surrounded by history. You can dedicate your entire life to Ancient Egypt and it will not be enough to see all its wonders and study them.

If you ask a person about the wonders of Egypt, he would likely think of the Pyramids of Giza before anything else. This land of ancient wonders and mysteries has countless other locations of magnificence that deserve equal attention.

Here are five ancient Egyptian wonders that you should consider visiting if you plan a vacation to Egypt.

1. The Great Sphinx of Giza

It is unlikely that such a list could pass without the popular Sphinx near the Pyramids of Giza. This is one of the largest statues made of a single stone in the world, if not the largest. We can say two very interesting facts about the Sphinx that you may not know.

The first is that historians still cannot date it accurately. The statue is thought to have been built around the third millennium BC, but accurate dating remains an unsolvable problem.

As for fact number two, you have all noticed the Sphinx’s broken nose. It is believed that the reason for its destruction was cannon fire from Napoleon’s army.

After the Great Pyramids, the Temple of Karnak is the most visited tourist location in Egypt. To this day, it is the largest ancient religious site in the world. It consists of four main parts, which today are a huge open-air museum, but only one is accessible to tourists.

Pharaohs Amenhotep III and Ramses II built the Luxor Temple for rituals in honor of Amun-Ra, as well as for ancient festivals that were quite common in the Ancient Egyptian world.

Today, you can still see the remains of the carved images of the royal family, which were then along the entire street. The festival processions passed along this street on their way to the temple and it is interesting that this street once connected Luxor with the temple of Karnak.

Abu Simbel is undoubtedly one of the great wonders of ancient Egypt and dates back to the time of Ramses II. He built it as a monument in honor to himself and his wife Nefertari, in addition to being a temple in honor of the gods Amon-Ra, Ra-Horakhty, and Ptah.

The complex consists of two massive stone temples carved into the rocks on a mountain slope. Unfortunately, a lot of work is required to preserve these temples and they are often а subject of concern.

In fact, a flood in the 1960s nearly destroyed parts of the structure which lead to major operations to disassemble and reassemble the site in a more protected location where you can find it today.

The Saqqara Plateau was a huge ancient cemetery, as well as the site of the largest stepped pyramid in the world. Yes, it may not be as spectacular as the Pyramids of Giza or the Valley of the Kings, but it is of great importance to the archeology and history of Ancient Egypt.

Today, you can visit the famous Imhotep Museum and witness the vast collection of artifacts from the ancient site. More importantly, the excavations in this region continue to unveil countless historical mysteries every year and perhaps, the best is yet to come.