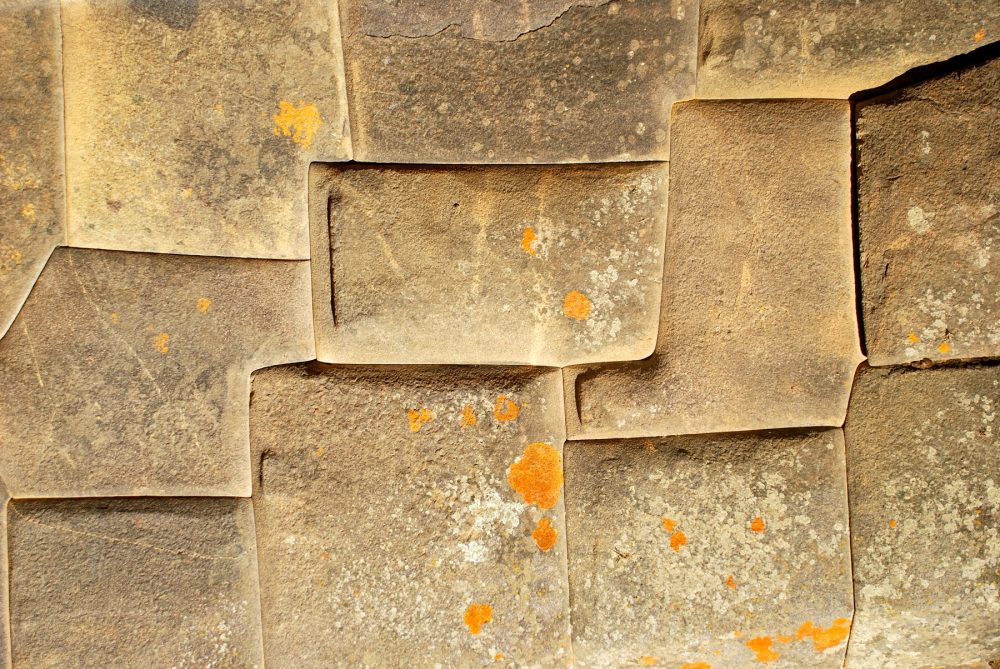 Located at an altitude of nearly 3,000 meters, it remains a profound mystery how the ancients managed to transport massive megaliths weighing between 50 to 100 tons.

Ollantaytambo is a typical example of the ancient Inca’s extraordinary urban planning, although some have ventured out to say that it even predates them.

Its winding and cobbled alleys, the ruins scattered everywhere, and its agricultural terraces are just one of the many reasons why Ollantaytambo is one of the most impressive ancient sites in America.

According to scholars, Ollantaytambo is also home to some of the oldest continuously occupied dwellings in South America.

Among the ruins, a visit to the ancient fortress and the temple is recommended, where we can appreciate magnificent views of the Sacred Valley of the Incas. It is a mind-boggling site, one that should be on your bucket list if you are in love with ancient civilizations and megalithic sites as much as I am.

Located at an altitude of nearly 3,000 meters, Ollantaytambo was the royal estate of Emperor Pachacuti, who conquered the region during the rule of the Inca in the mid-15th century. It served as both a town and ceremonial center.

The fact that it was located in the Inca’s sacred valley (Valle Sagrado de Los Incas) speaks of its importance.

Ollantaytambo is divided into various parts. We have the main settlement at Ollantaytambo, an orthogonal layout with four longitudinal streets crossed by seven parallel streets. Like many other ancient Inca cities, Ollantaytambo was built with a large plaza at the intersection of the grid.

We have the so-called Temple hill, its magnificent terraces, storehouses, quarries, and the most famous part of Ollantaytambo (probably) the Wall of the six monoliths.

The terraces of Ollantaytambo are truly massive, and because of their incredible size, have often been misinterpreted by people as having served a different purpose. However, along the valley of the Urubamba and Patakancha, Ollantaytambo has a series of agricultural terraces that start at the bottom of the valleys, making their way upwards through the surrounding hills.

These agricultural terraces, also known as andenes, allowed farming areas that would have otherwise been unusable.

The impressive terraces at Ollantaytambo, which were larger than those at other Inca cities, allowed the inhabitants of the ancient city to take advantage of the different ecological zones created by the altitude variations.

Storehouses (qullqas) at Ollantaytambo were built strategically. The ancient Inca placed the magazines at higher altitudes where more wind and lower temperatures would help preserve their contents against decay.

In addition to that, the ancient Inca had developed a series of ventilation systems known within the qullqas that would help preserve the contents placed inside the storehouses.

Like many other ancient cities across America, Ollantaytambo was built of massive stone blocks. That’s why quarries were of great importance for providing the necessary materials to build houses, plazas, temples, and fortifications.

The main quarries belonging to Ollantaytambo were located in a ravine across the Urubamba River, around 5 km from the site.

The quarry provided Ollantaytambo with blocks of rose rhyolite, an igneous, volcanic rock. Rhyolite was quarried starting some 11,500 years ago. Native Americans also quarried the material in pre-historic times. The material was also used to craft spear points and arrowheads.

The Temple sector at Ollantaytambo is beyond impressive. Built out of finely cut and fitted stone, it is accessed by a stairway that finishes on a terrace with a hand-finished fate and the so-called Encolusre of the Ten niches, a structure composed of one room.

Standing about 36 feet wide and 14 feet high, the Wall is one of the grand mysteries of the Andes and the Inca.

The rocks are all masterfully crafted, and like many other walls of the Inca (and pre-Inca), are fitted with such precision that not a single piece of paper can fit between them.

Archaeologists can only speculate what the purpose of the massive monoliths was.

Furthermore, the massive stones used in the construction were hauled, by means, we still don’t understand across uneven terrain, from the Chachiqata quarry, located some four kilometers away.

This involved moving the blocks across rivers, valleys, and uneven terrain.

Weighing between 50 to 100 tons apiece, researchers are left stumped by the reasons why such massive stones were used in the first place and how these were transported to where they stand today.

5 Things you should know about Ollantaytambo

Located at an altitude of nearly 3,000 meters above sea-level, Olantzatytambo is one of the most impressive ancient, megalithic sites in Peru, partially due to the difficulty in constructing the site. Some of the heaviest stones were transported uphill across vast distances.

The site is a megalithic complex composed of residential areas and agriculture terraces, quarries, temples, and other buildings. Ollantaytambo is home to some of the most intricate examples of monuments.

Home to the so-called Wall of the Six monoliths, this is one of the most enigmatic structures at Ollantaytambo, mostly because of the monoliths’ massive sizes. It remains a profound mystery how the ancients managed to quarry and transport the massive blocks and raise them into position to form the structure.

Overlooking Ollantaytambo is Viracocha’s image in stone. Carved one the outcrop of the mountain Pinkuylluna, Viracocha was the creator god of pre-Incan and Incan mythology.

Mountains surround Ollantaytambo, and the main access routes run along the Urubamba Valley. It was here where the ancient Incas built roads linking the site with other important cities like Machu Picchu to the west and Pisaq to the east.