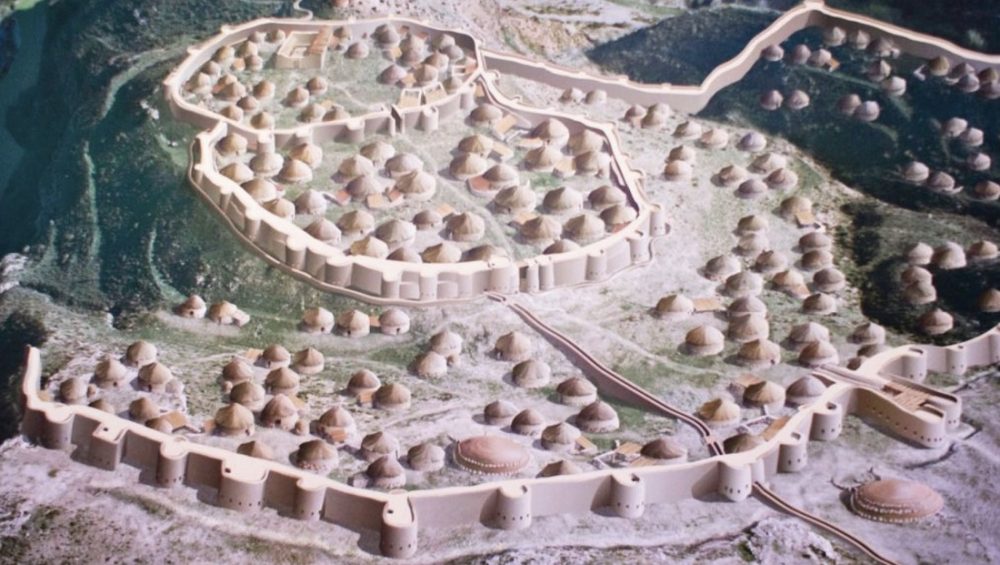 Located in the municipality of Santa Fe de Mondújar in the province of Almería, Spain, we find an ancient settlement surrounded by a set of intricate, complex walls, built thousands of years ago.

One of the most fascinating ancient sites located in Europe, whose existence is not well-known to the general public is called Los Millares.

According to experts, this ancient settlement—dated circa 3200 BC—is the largest known European Fortified settlement excavated to date.

Located in modern-day Spain, Los Millares is perhaps the best evidence of a long-lost ancient civilization that existed in the Iberian Peninsula.

The site itself is mind-blowing.

The archaeological site has an approximate length of 1.5 km on its east-west axis and has an area of around19 ha, of which most, about 13ha, correspond to the necropolis and the rest to the town.

It is believed that between 3,200 and 2,300 BC, Los Millares was inhabited by more than one thousand inhabitants.

As noted by experts, the culture of Los Millares although primarily farmers, is noted for being exceptional in metallurgy, especially in the smelting and forming of copper.

Furthermore, the site itself is considered crucial in understanding the region’s transition from the Neolithic Period to the Bronze Age.

Built in three phases, the settlement includes a massive cemetery composed of around 80 megalithic tombs.

The settlement itself is divided by three walls, all of which surround an inner citadel built having an elaborate entrance.

Archeologists have identified up to thirteen circular enclosures that were built thousands of years ago in order to protect it. The interior of the settlement is evidence of an organized and well-planned society.

The Necropolis of Los Millares is formed by 80 collective tombs located on the western part of the plateau outside the town occupying some 13 hectares. The tombs sometimes referred to as Tholos–aka Beehive tombs– are one of the main features of the site.

Tholoi tombs were used as burials in several cultures in the Mediterranean and West Asia.

Curiously, according to scholars, the exact chronology of tomb construction at Los Millares is unclear. Based on the study of the form, size, and contents of the tombs, the dead were buried inside the Tholos based on social ranking with higher-ranked individuals from the community being buried in the tombs closer to the settlements.

In addition to the incredible fortified walls and massive tombs, the site of  Los Millares has uncovered the remains of at least two areas inside the settlement that once housed metallurgical workshops.

Archaeologists have identified a curious similarity between the architectural style of Los Millares and the step pyramid of Sardinia known as Monte d’Accoddi.