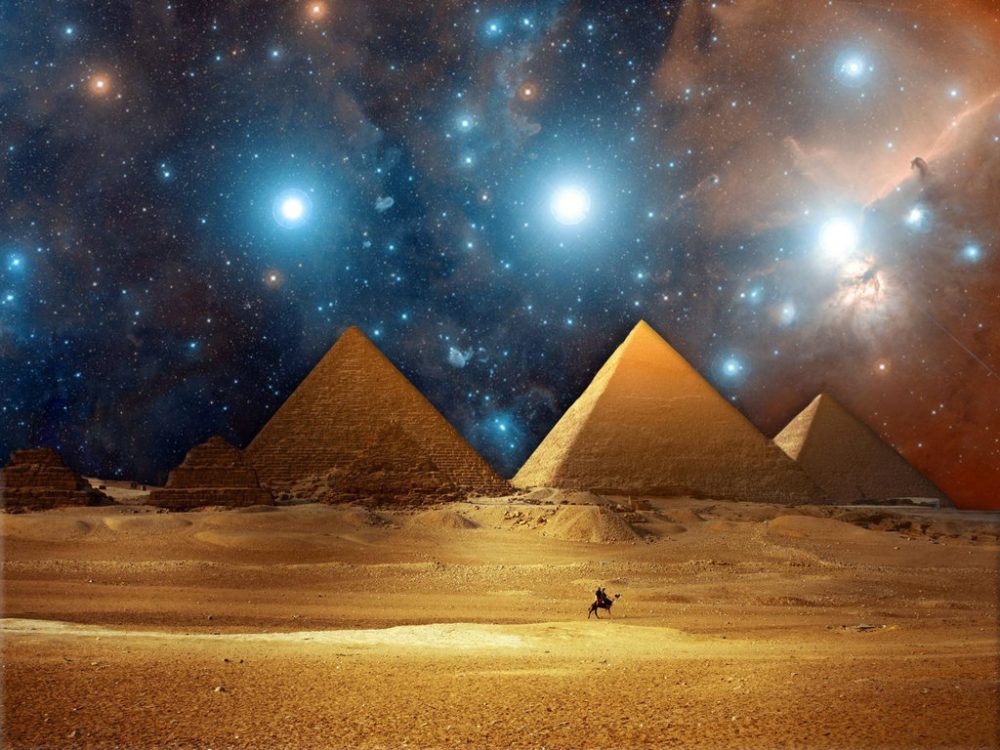 The Great Pyramid of Giza is one of the most puzzling ancient structures on the surface of the Earth.

Built thousands of years ago, it is the only standing monument of the seven ancient wonders of the world.

It is truly a structure shrouded in mystery. It has fascinated humankind ever since it was built, and we still don’t know how they did it.

Experts are yet to fully understand how an ancient civilization such as the ancient Egyptians managed to erect such an impressive structure without the use of any modern technology.

In addition to its countless mystery voids, and hidden chambers, one of the most peculiar and mind-bending facts about the Pyramid is its alignment.

Despite the fact researchers have found it to be a bit lopsided, the overall sides of the Great Pyramid of Giza are relatively straight and are nearly perfectly aligned along the cardinal points: North-South-East-West.

But how on Earth did an ancient civilization manage to achieve such a perfect alignment without the aid of technology? And why would they even align it in such a way?

According to archaeologist and engineer Glen Dash and a new study presented in the Journal of Ancient Egyptian Architecture, the answer is simple.

“The builders of the Great Pyramid of Khufu aligned the great monument to the cardinal points with an accuracy of better than four minutes of arc or one-fifteenth of one degree,” writes Dash in the paper.

If you take a look at the most massive standing pyramids in Egypt, two at the Giza pleasure and one at Dashur, we will see that all of them are aligned remarkably.

But, how did they manage this level of alignment? They didn’t have drones, they did not have computers, and they were relatively limited with tools and technology.

“All three pyramids exhibit the same manner of error; they are rotated slightly counterclockwise from the cardinal points,” Dash explained.

There are various theories out there that try and explain how they align the monuments. Some say it was aliens; others say they used the pole star to align the pyramids. Other theories point towards the sun’s shadow. But no one has been able to explain how it was done.

However, in 2018, Dash proposed an entirely new theory. He explains that some 4,500 years ago, the ancient builders of the Pyramids may have used the autumnal equinox to achieve perfect alignment.

Previous theories trying to explain the peculiar alignment of the pyramids overlooked the equinox as a possible explanation as some experts believe it wasn’t accurate enough.

But Dash performed his own experiment, and all he needed was a sunny day, and a gnomon to cast a shadow.

Dash tracked the point of the shadow at regular intervals forming a smooth curve of points, explains Fiona McDonald from Science Alert.

He kept track of the shadow cast down by the sun, and at the end of the day, using a taut piece of string wrapped around the pole, Dash connected two of the points of the curve creating a newly perfect line that ran from East to West.

“On the equinox, the surveyor will find that the tip of the shadow runs in a straight line and nearly perfectly east-west,” explained Dash.

Furthermore, Dash demonstrated how the degree of error in his measurement was slightly counterclockwise, which curiously, happens to reflect the small error discovered in the alignment of the Pyramids of Khufu, Khafre and the Red Pyramid at Dashur.

You can read the paper in full in The Journal of Ancient Egyptian Architecture.